So it probably comes as no surprise that I have already started thinking about Logan's 2nd birthday party. As I was pinning ideas & thinking about what theme we were going to do, I was also thinking about his "themed" second birthday shoot. Which actually made me want to go back and look through all of Kaden's pictures from his SUPERhero shoot he did for his 3rd birthday with the AMAZINGLY talented Katy Gitto Photography.

I started to search my Facebook albums but couldn't find anything there. I went to past blogs & again, nothing was there. How did I EVER forget to post my favorite pictures from his shoot? So here I am, five & a half months later posting the pictures.

Now, you might ask, why I didn't take the pictures? For two reasons-One, Katy did such an amazing job with our spring family pictures. Kaden loved her. And two, Kaden would do far better for someone else than with me. So I sent Katy an idea & we exchanged a few emails back and forth & she made my vision to life… 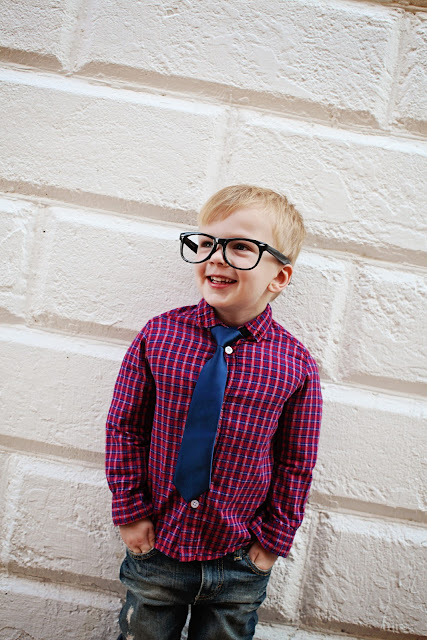 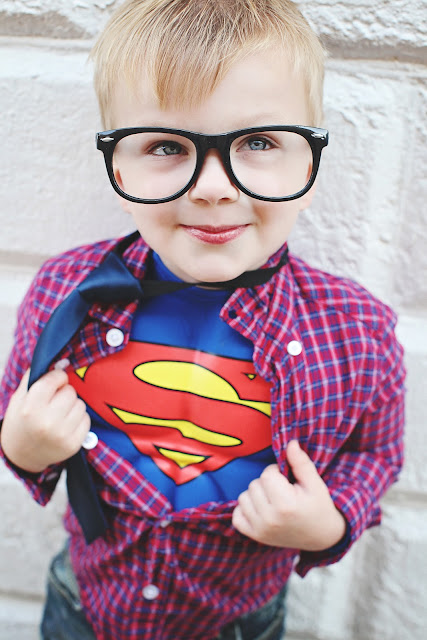 & within a flash the glasses came off & Superman was off to save the day. 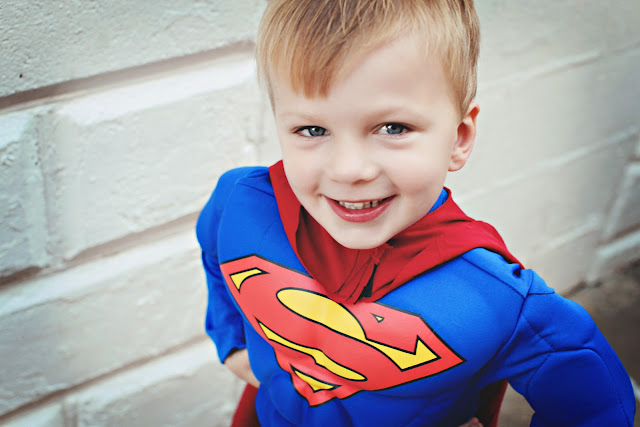 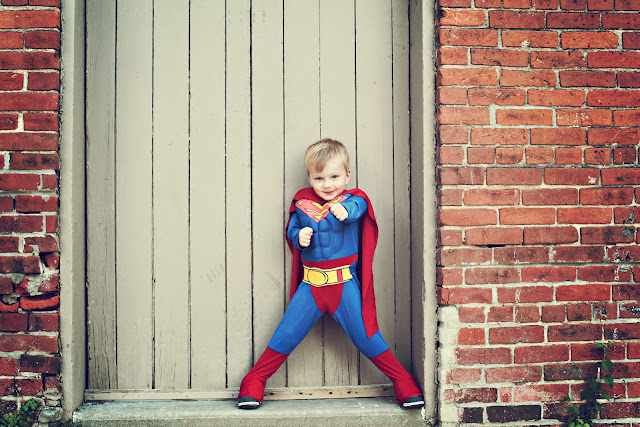 He halted trains speeding towards the city park where children were laughing and playing. 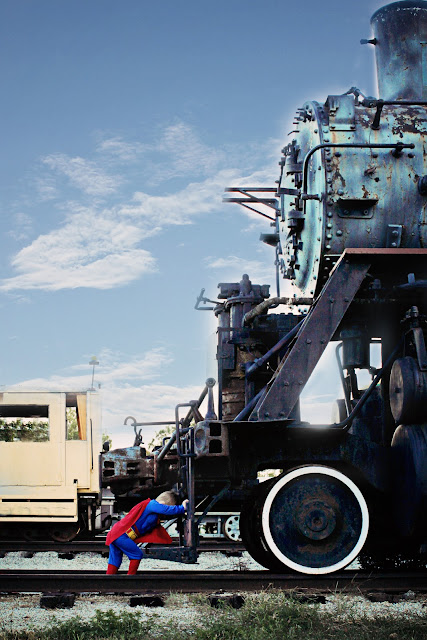 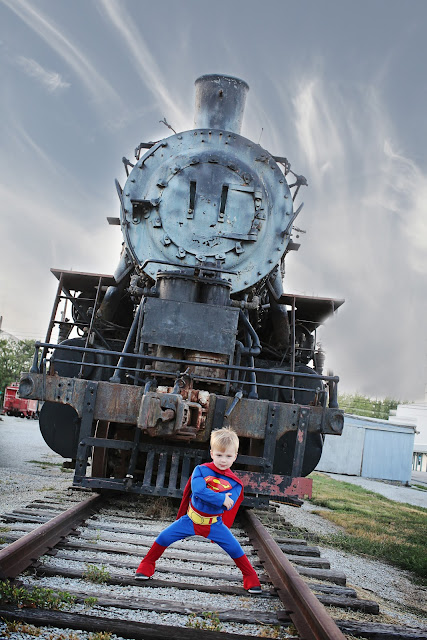 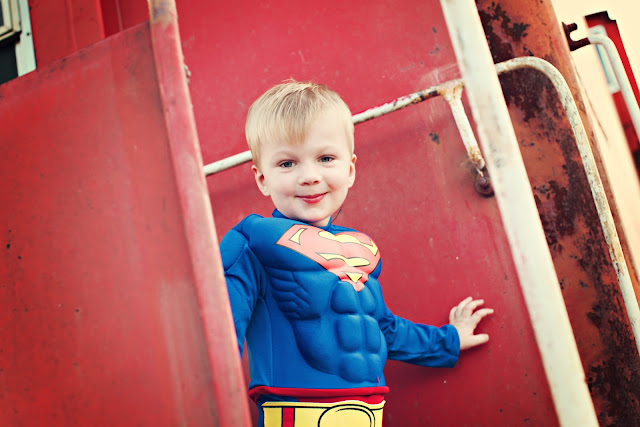 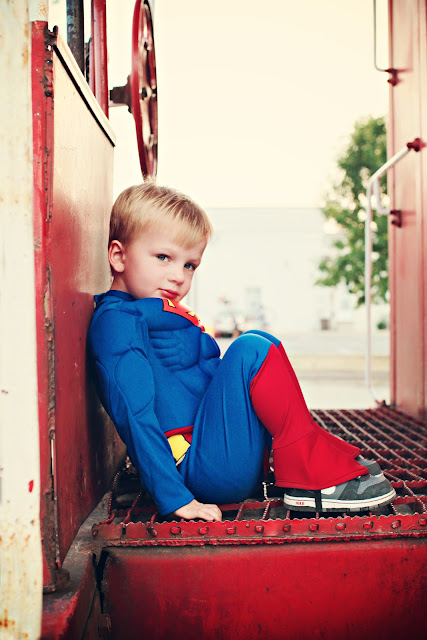 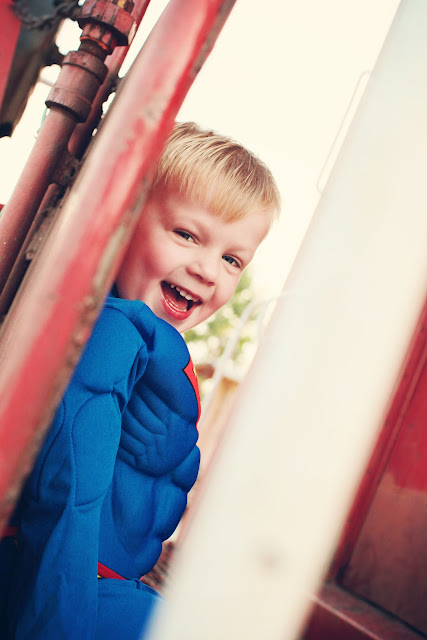 He even lifted a train off the ground to save Lois Lane, for she had been tied to the tracks… 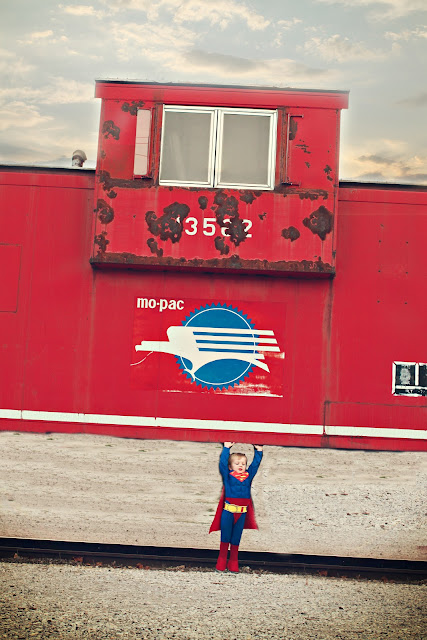 But my most favorite picture from the entire shoot came when he took a quick break. Right in front of a Union Pacific car. My dad, Kaden's Papa Tom, works for Union Pacific and actually drove said trains while I was growing up. One story goes that he was even in the middle of a shift when my mom went into labor with me. He had to stop the train mid trip & make the old switch-a-roo with a colleague at a train crossing. He made it just in time to see me enter the world. So trains, especially Union Pacific trains have a special place in our hearts.

We just had to get a picture of Kaden in front of that train but for it to come out like this, icing on the cake! 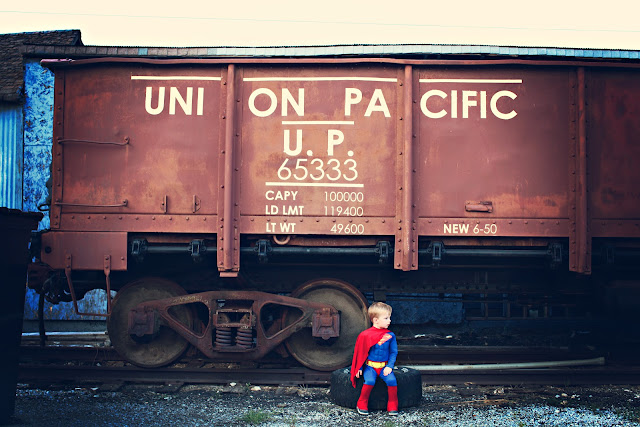 I am so happy that we chose to go with a non-traditional photo shoot. We will forever cherish these pictures & I can't wait to see how Logan's turns out. Now the question becomes, will he cooperate like Kaden did…