Waking up today to snow meant one thing--the boys would have to wait another day before their BIG swinging surprise is installed. Last week it was determined that the manufacturer didn't send ANY of the hardware for the swing set--Postponement numero UNO. Today it snowed--Postponement numero DOS. 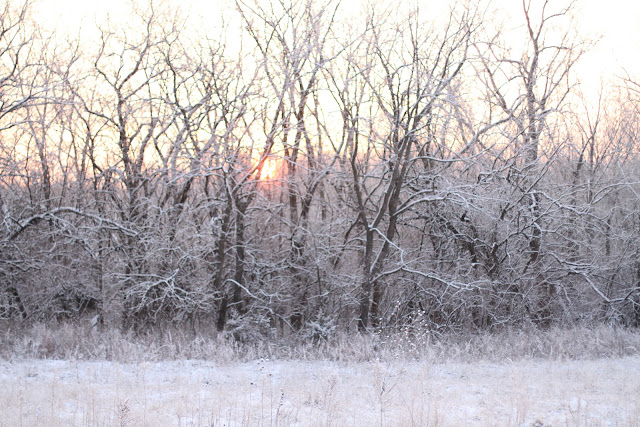 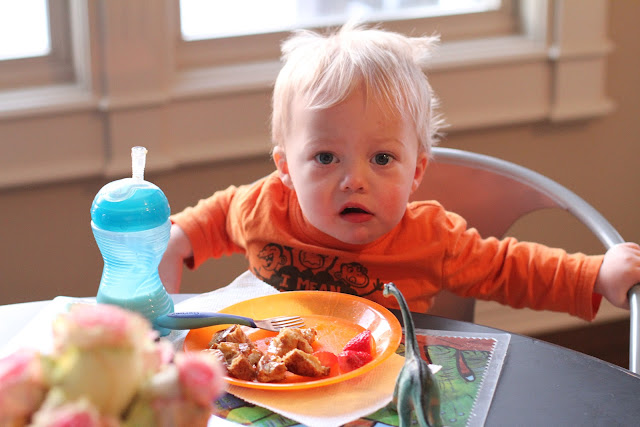 Since playing on the swing set was no longer on our to do list & for the most part, we had a pretty free morning, I decided to build a racetrack for the boys. We needed something new & fun that would keep their attention for more than 20 minutes.

Kaden and I laid down about 40 feet of painters tape. Then Logan joined in on adding the hashmarks. After the road was laid, we brought out the toys. We had Batman's cave, Spriderman's condo & the Police Station for all the bad guys the superheroes caught. We had Buzz & Woody, Black Batman, Blue Batman, Superman & Spiderman, The Joker & Penguin, Bert & Ernie--we had more action figures than these two boys knew what to do with but they played & played & played. 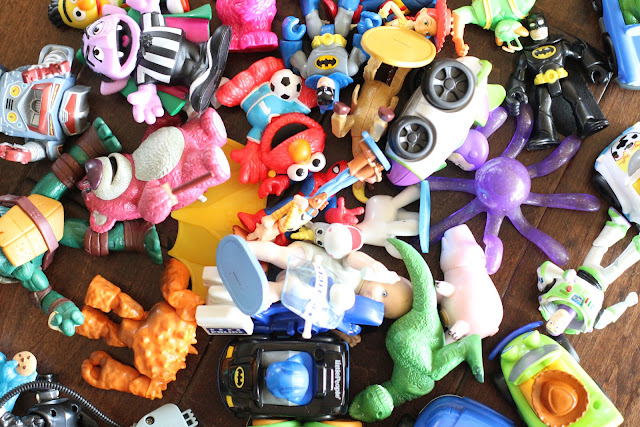 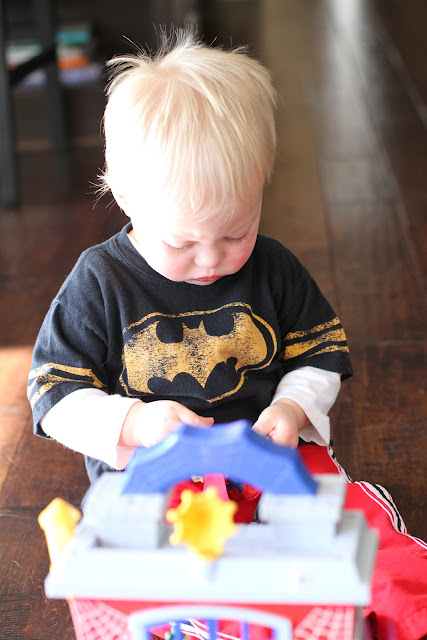 So much so that after a good amount of playing, Kaden announced that Spiderman was tired and that he needed to go take a nap. I guess even Superheroes get worn out & need to recharge. 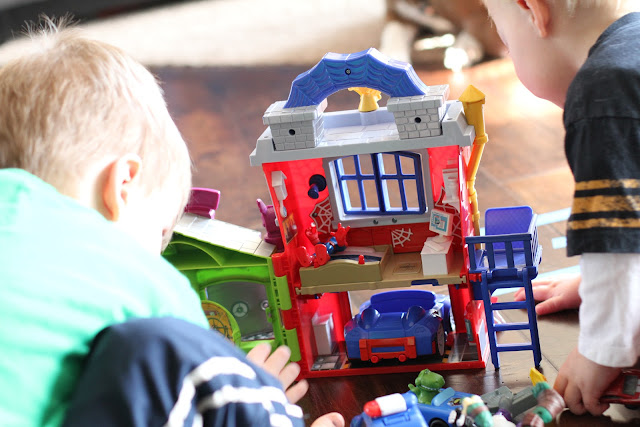 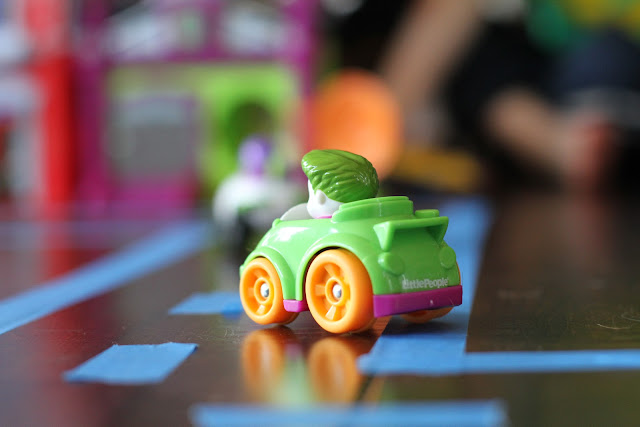 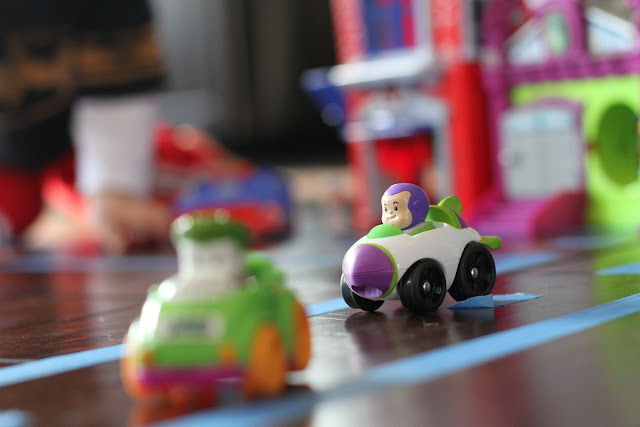 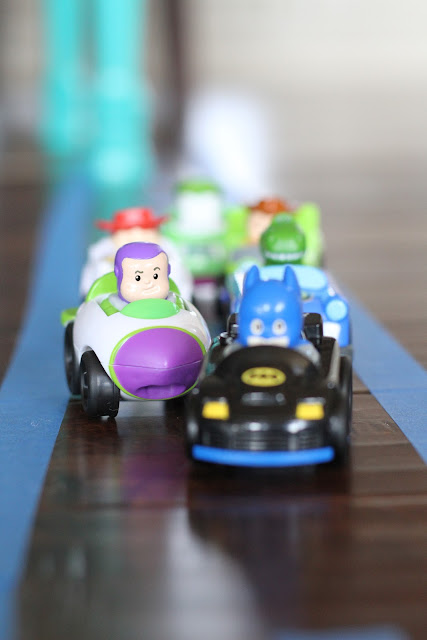 Its amazing how a little bit of tape, two cute little boys and some toys can make you feel. One of my favorite Saturday activities to date & you better believe the tape is still up & we will be back at again tomorrow morning before heading out to see Nanny. & then after we return, maybe just maybe, the swing set will be finding its home in our backyard. Maybe. Fingers CROSSED. We've been telling Kaden that a big surprise is coming and we are running out of time...
Posted by Kayla South at 9:09 PM