This is the story of a boy and a hat. It isn't long because it isn't more than just that-a boy & a hat. 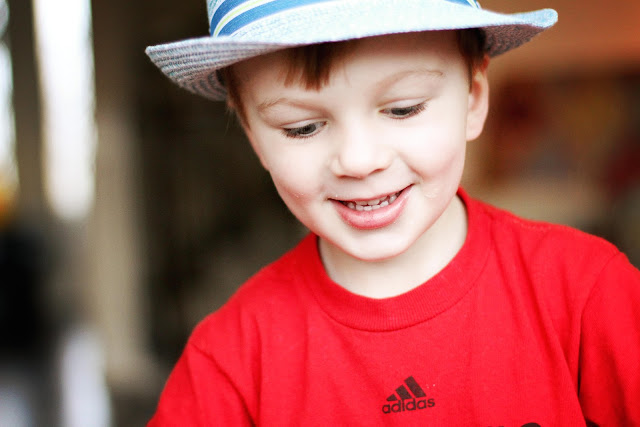 I came home Thursday afternoon with a few things from Target-diapers, a plaid shirt for Logan's Valentine's pictures, a floppy girl's beach hat for a photo prop, and a boy's fedora beach hat. I was shocked when Kaden asked to wear it. I didn't think it would last long but that hat was attached to him for the next 3 days…still is. 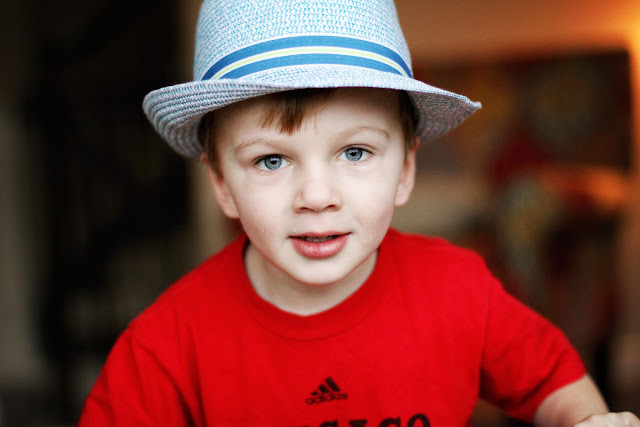 Justin and I both laughed when Kaden asked to wear it to bed the first night. Sure buddy, go right ahead. When morning rolled around and he asked if he could come to our room he entered with the hat still on his head, well probably back on his head. He made sure he located it before his ever so loyal Mickey and lovies--and that is saying something. The hat doesn't leave the house (we wouldn't want to lose it) but it is the last thing he does before he leaves and the first thing he does when he gets home. 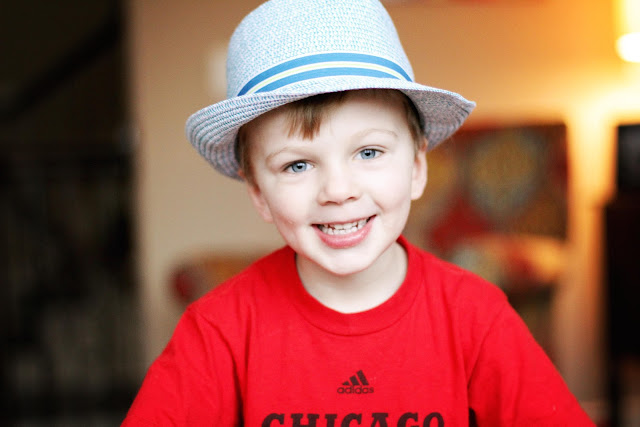 One week its a slinky, the next week its a Diego toothbrush, this week-its a hat. And he looks pretty darn cute wearing it too if I don't say so myself.