This year Christmas morning meant so much to our family. It was our first Christmas in our new HOME. It would be the first year the kids would eagerly wait at the top of the stairs as I checked one last time to make sure everything was in place. It would be the first Christmas they would come barreling down to see what Jolly Old Saint Nick brought. And life never felt more perfect-two healthy, handsome boys, an incredible father and husband, & two fun-loving dogs. Blessed is the word that comes to mind most.

So on this magical Christmas morning the boys woke up and I'll admit it, as excited as I was to see their faces when they saw what Santa brought them, I stalled as long as I could. I wanted to get myself somewhat pulled together because I knew once we started opening, it would be a long while until I got to see the likes of a shower. So as I got "ready" the boys enjoyed their Christmas Fruit Loops and watched the Grinch that Stole Christmas.

I just knew that as soon as I announced it was time to come downstairs Kaden would come barreling down but nope, he decided that on this day of Christmas that he would walk backwards down the stairs--this kid. 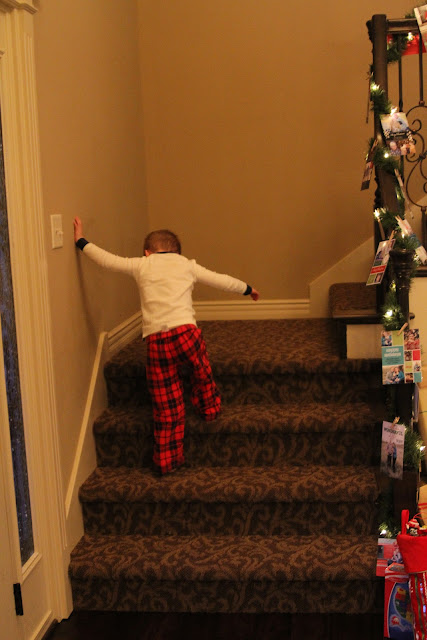 but as he turned the corner he saw a huge surprise-Logan's jeep & he ran straight over to it before he even took a second glance. As he was getting ready to pull open the door it hit him--wait! where was my RED BIKE. He stopped instantly in his track and started looking around… 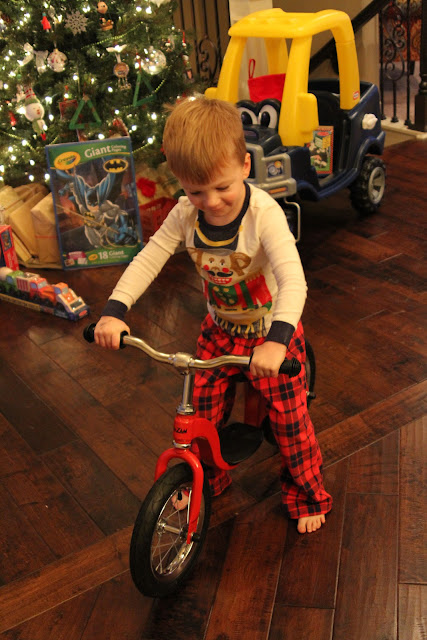 From there it was on. On like donkey kong. The boys sorted through their stockings-pulling out each little toy one by one and taking it in. But as soon as the stockings were emptied Kaden went straight back to his bike, his RED bike. Finally, after a little coercing, we were able to pry his little hands off the bike long enough to unwrap the rest of their presents. 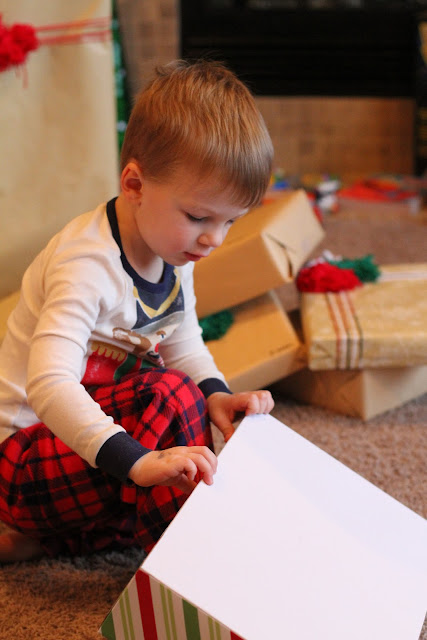 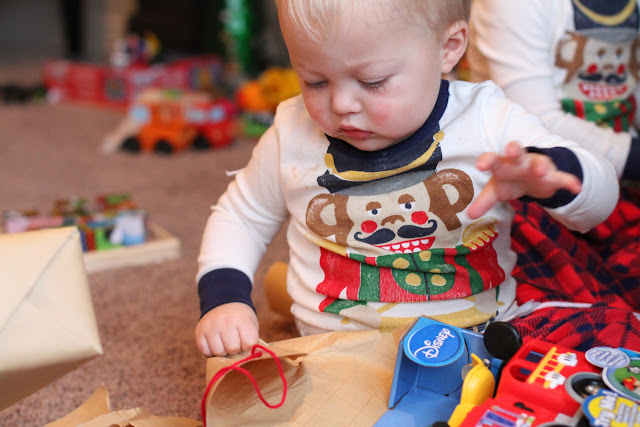 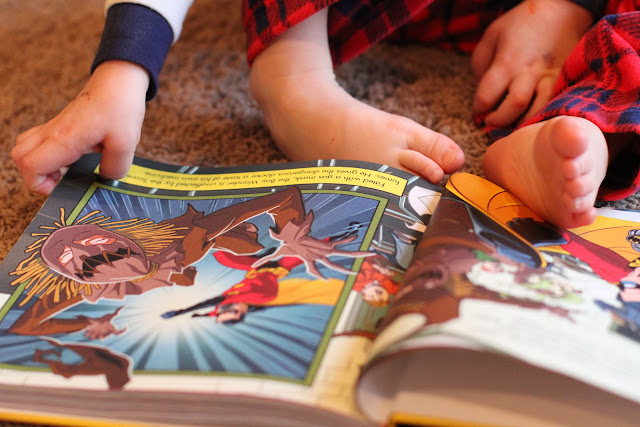 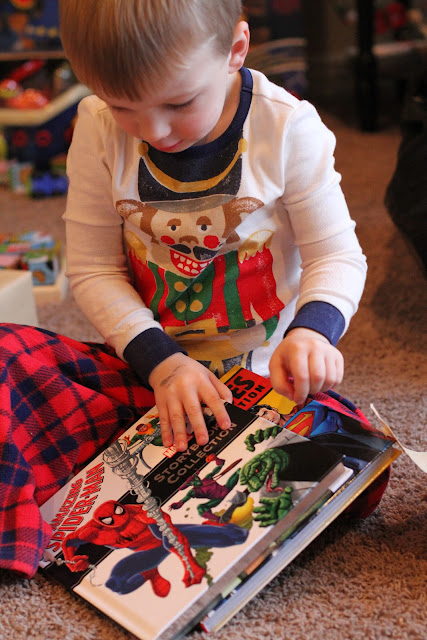 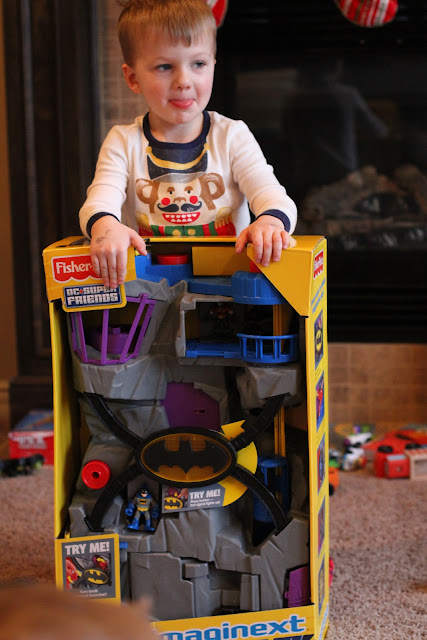 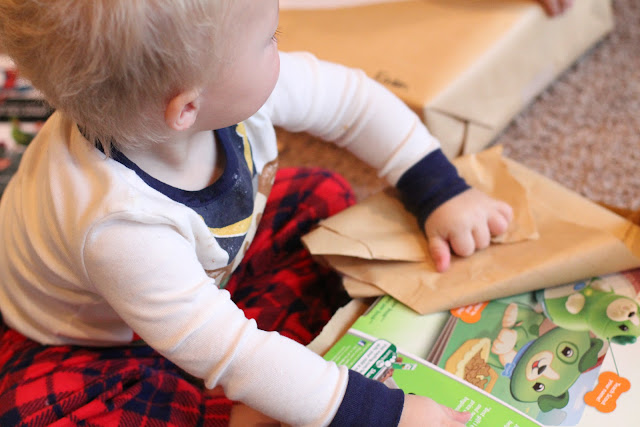 The boys had a few hours to play with their new toys before the rest of the family would arrive and half of them took advantage of those few hours. The other half-well he was in desperate need of a nap. While Kaden rode his bike (in and around the house) Daddy took off to the kitchen to prepare our traditional Christmas day brunch-and it was delicious. Uncle Adam went back for seconds & maybe even thirds so that should tell you something.

The boys waited patiently while the rest of the presents were passed out and once again they dove into the heap of gift wrap. Colton got "what he had always wanted", Kaden and Logan got a new workbench for their playroom and we officially had more toys than we knew what to do with. All three boys were set & we could have opened our own ToysRus… 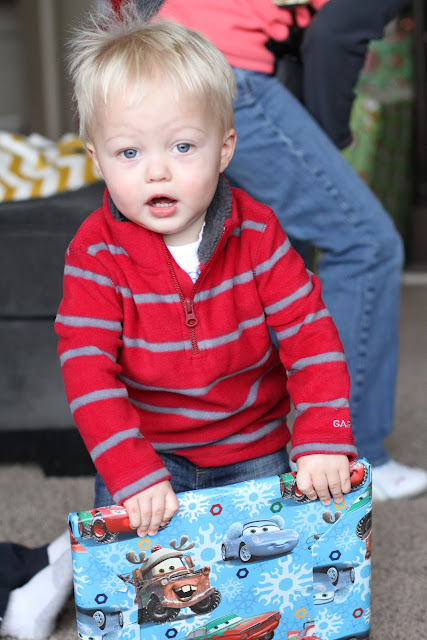 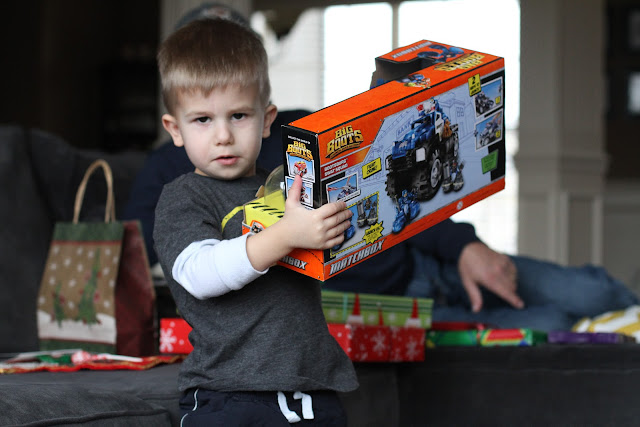 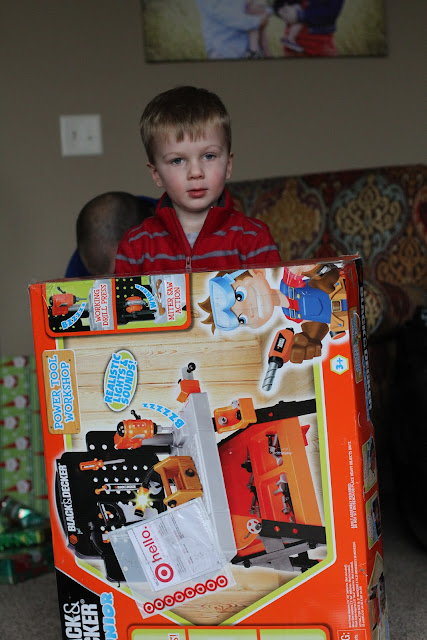 And when Grammy had asked what she could get Kaden I quickly responded with a helmet. If Santa was really going to bring a red bike for him, he would need a helmet to be safe. She came through and then some, she got him elbow and knee pads too. The kid didn't want to take them off for the rest of the afternoon. Certainly would have napped in them if we would have let him and had, JUST HAD, to wear the helmet to dinner the following night with the Johnsons. Luckily we convinced him that we had to leave it in the car so we didn't lose it but as soon as we opened the door to climb back in he made sure it was back on top of his head. Love that boy. 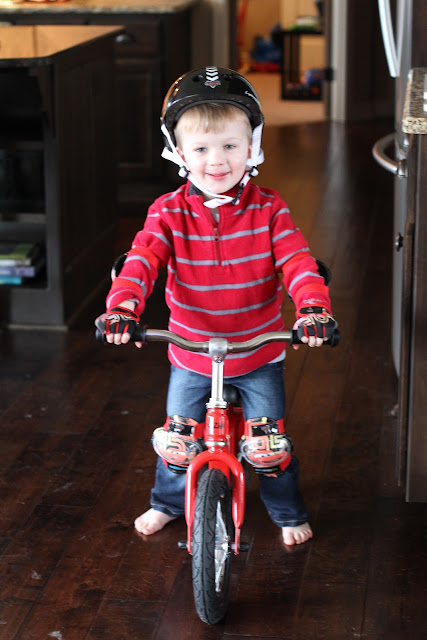 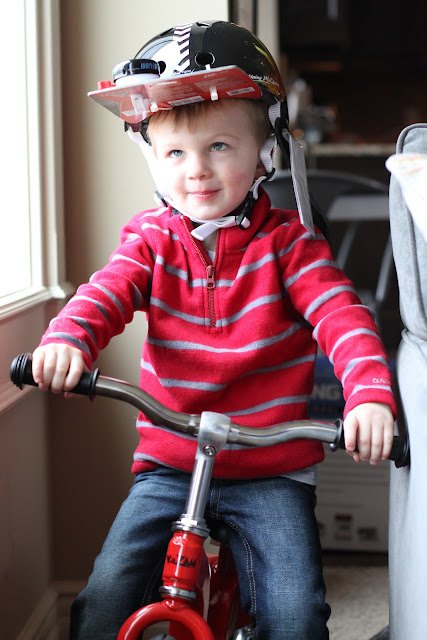 And before everyone left we tried for a few pictures with all three boys and just kept switching out people-suckers didn't even help for these! 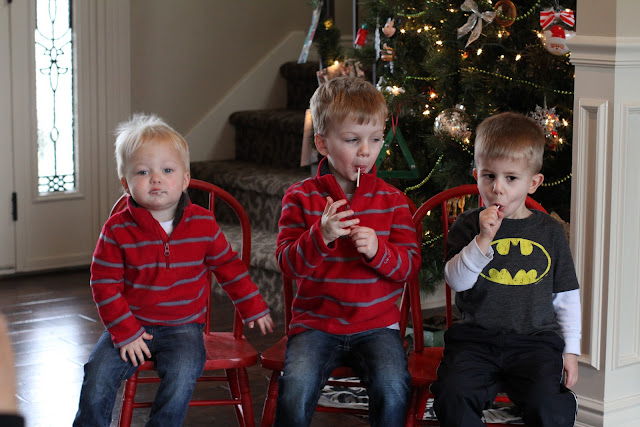 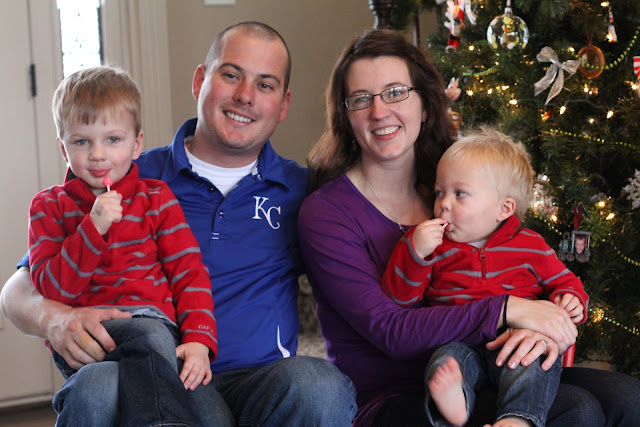 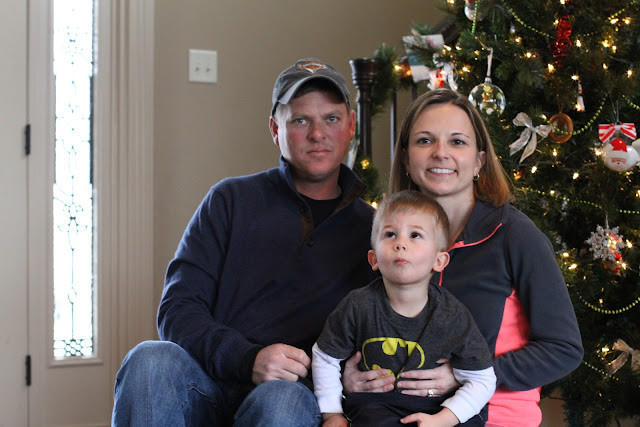 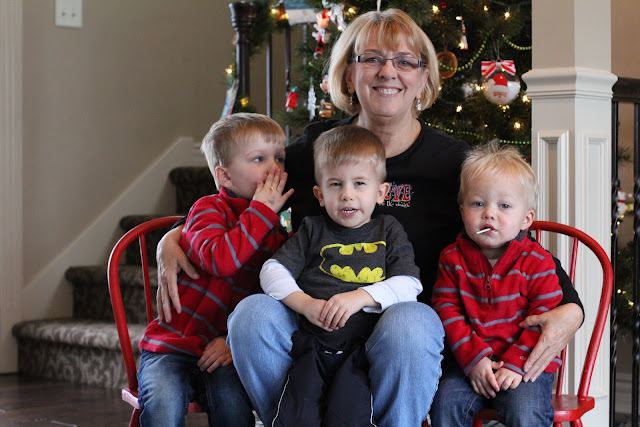 Although the morning was truly magical with the boys beaming with joy, the afternoon was just as magical in its very own special & QUITE way. After everyone had left and the boys played with their new toys a little more, we had family nap time for a whole three hours. I am not sure when the last time Justin and I enjoyed nap time too...
Posted by Kayla South at 8:57 PM