So in my last post I mentioned I was going to take a few pictures of Logan to mark his 18 month milestone, well that didn't happen. I had the best of intentions but since today was going to be such a CRAPPY day I decided it would be best to move a few shoots around. And I wasn't about to get Logan out in this weather so we will try again some other weekend--its Kansas, if you don't like today's weather then just wait for tomorrow. 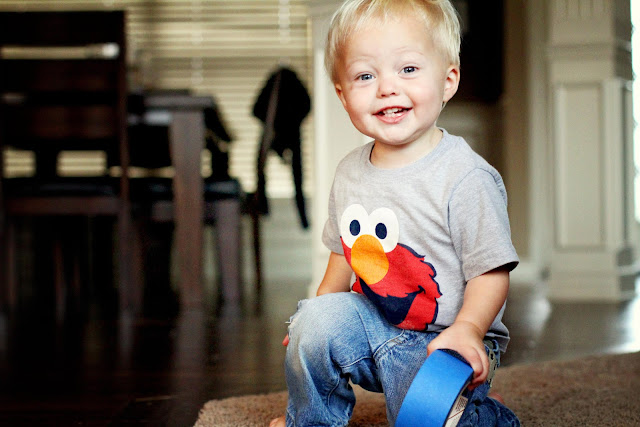 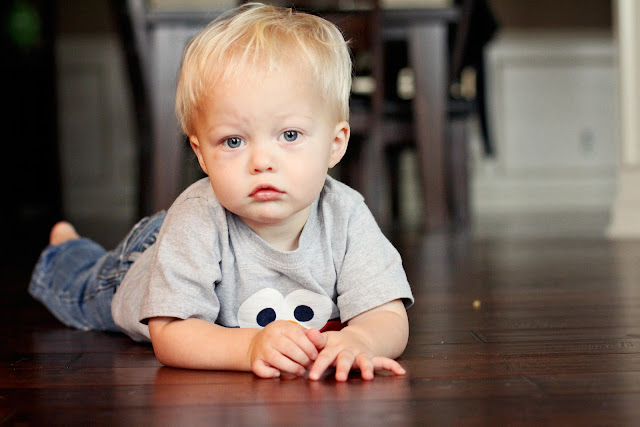 As you can see this was smack dab in the middle of us playing Roll the Tape-its a great game, you gotta try it! You sit down across from one another and you roll the tape back and forth. See, great! For some reason the boys are captivated by it and on top of that, its the quietest part of our day…

On Thursday we took Logan back to the doctors for his 18 month checkup. He did such a great job. As soon as his named was called he got up from playing and walked towards the nurse. He proceeded to follow her --at a snails pace-- all the way back to his room. We undressed him and got his measurements- 31 3/4 inches tall and weighed in at a whopping 24.2 pounds, finding himself in the 25% on both counts. Unlike his brother, little Logie is going to get his Momma's height. Poor guy.

Next up was the exam and he sat there and just watched everything Dr. Rawson did. He just adores her and with a few bats of the eyes he got her to give him two thumbs up on his bill of health. Now came the hard part, the nurse was back with a tray full of fun, he took the finger prick like a champ again but the shots were a different story-tears came a rolling. He stomped right out of there with a french toast stick in each hand, not even saying a single goodbye, he'll show them.

Since Logan may just be our last baby (we go back and forth, back and forth on this subject-kind of like the tape game) it makes me sad to see him gaining so much independence. He wants to dress himself. He wants to climb in the chair on his own. He wants to get his own book. Put on his own shoes. Brush his own teeth. Its something new each and every day but the one thing that he still lets me do-he lets me hold him tight. We have spent each night of the last few weeks rocking and reading in our new chair before bed. He lays his head on my shoulder and just rests. Heck, sometimes in the morning I try and sneak in a little rock before we start our day. It has easily become one of my most favorite parts of our day & if I had to do it all over again, a rocking chair in the nursery would be a MUST! At least we will have one handy in case we do for that third…

Oh and today, he even took a nap with me. Love rainy day Sundays!

Now even though today was such a crappy day, we still managed to stay busy.

We started off with haircuts for the boys. Logan sat there in a trance and was done in no time. Kaden's took a tad longer (the lady took forEVER) but he still made me proud. If only he could always sit that still!

We also decided to take care of a few things that we hadn't gotten to yet around the house-pure laziness on our part. We hung the curtains in Logan's room (needed brackets).

We crafted some Mayflower Boats as place card holders for our Thanksgiving dinner (Mommy's back on the road this week and gotta get a few things done ahead of time).

Daddy got me the pallet that I have been wanting for a few weeks now--this will be my favorite project to date when its done and over.

And while the kids slept I finished up the globe for the playroom. Again, I saw it on Pinterest--I just loved everything about it, the globe & the quote. I found our globe at a local antique store for $10 and bought the sticker for $5. At first I wasn't sure how to go about the "sticker" so I read through the "how to" and learned I needed something called a Cameo. I certainly didn't own one and I really didn't know exactly what they were or how much they were so I googled it. Yup, not buying one of those for this little project so I did the next best thing. I tracked down someone, who knew someone, who had one! With a few quick exchanges of emails, I was in business and today, I got 'er done. 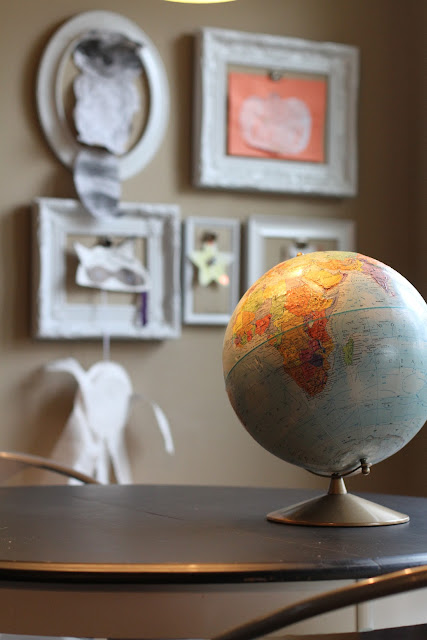 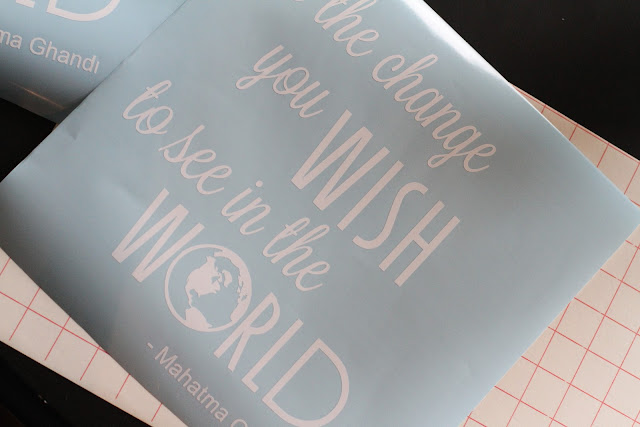 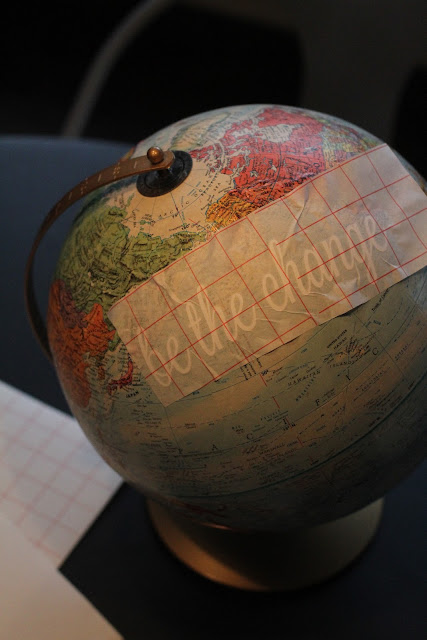 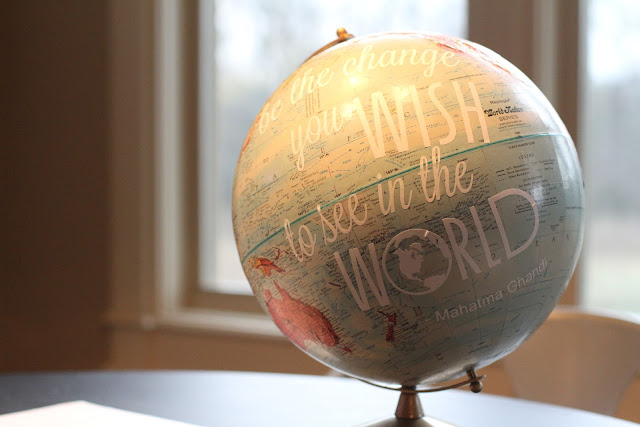 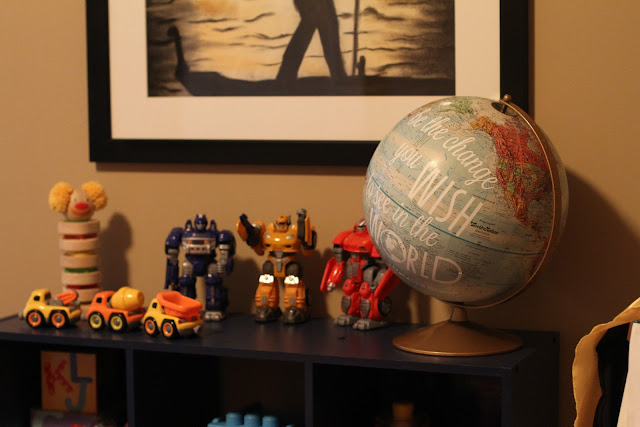 I didn't do the most PERFECT job, a wrinkle here or there, but thats okay. Its all about the quote-

There are a lot of things that I want my boys to learn, one of those being that THEY can make a difference. They CAN be the CHANGE.