What Happens In VEGAS

Unless you're me and BLOG about it
-----or-----
nothing CRAZY happened that needs to be forgotten.

In this case both are true. It all kind of goes back to my birthday. Justin turned 31 in April. I turned 30 this past February. He attended the NCAA Basketball Championship for his 30th birthday. I went to a MU-Baylor game. Not really in the same ballpark--if you ask me. Part of the reason my birthday was so low key, MOST of my girlfriends were PREGGO. The only thing worse than your best friends being pregnant on your 30th birthday is if YOU are pregnant yourself!

So it was time to make up for a low-key thirtieth and to celebrate a few other birthdays. Jake just had a birthday at the end of September and Jennifer is celebrating a birthday on the 18th. Who better to take us to Vegas than them. Justin and I haven't gone, at least not for fun and they have been a number of times--knew where to go and where not to go. And lets face it, we were all due for some very well deserved time away with just our spouses. It has been a year since Justin and I have taken a trip where it was just us. And I am a big, HUGE believer in taking time away for YOUR marriage. Not only is it healthy for us but its healthy for our kiddos too and I am so happy that Jake and Jennifer joined us & had their first trip away too.

When packing I tried to pack as light as possible. My co-worker allowed me to borrow the most fabulous across the body purse ever. I left my camera at home. Yes, I said that, I LEFT my camera at home, on purpose. As a "photographer" and someone who always has their camera with them, I felt naked. But it was the right thing to do…

We left in style, unbeknownst to us. Here we are fully prepared to drive to the airport and up rolls a limo with two screaming heads out the window…with drinks in hand! We said good-bye to the MIL, wished her luck and loaded up and away we went. It was a long flight but nothing a little redbull and vodka couldn't help with! 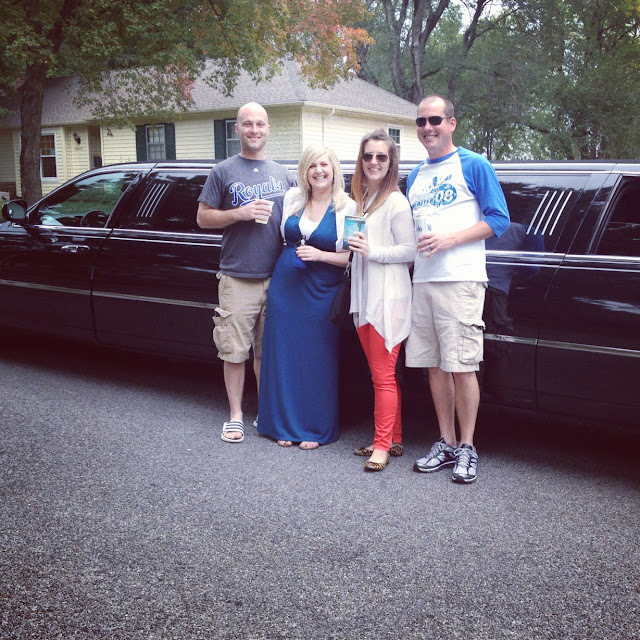 We arrived and we were instantly greeted with a torrential downpour. There was so much rain and mind you, we were in the desert. They don't see rain. They don't have the drain system to deal with rain, let alone the massive amounts that they were getting. The streets were flooding but the cabs kept going. We finally arrived at the MGM and quickly hurried to our rooms, changed and headed out for a quick bite to eat and then off to the casino floor.

It was about this time that Jennifer happily announced that she was LUCKY in LIFE. She didn't need to be LUCKY when it came to gambling because she was LUCKY in LIFE! She set our fate for the REST of our trip. Justin might have broken even, Jake might have won a little but poor Jennifer and I were just giving our money away! Things actually started looking up at the CRAPS table on the last day until some bozo came in and screwed up the chi--her word, not mine! 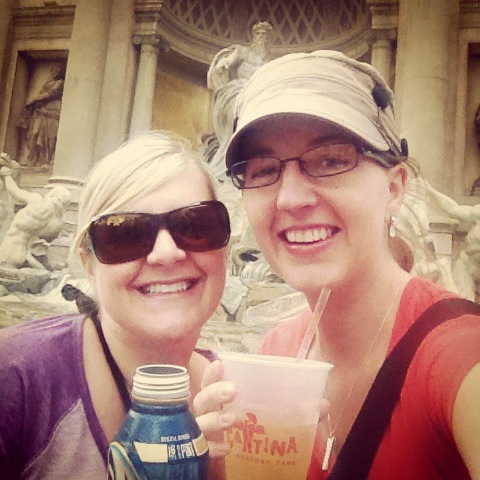 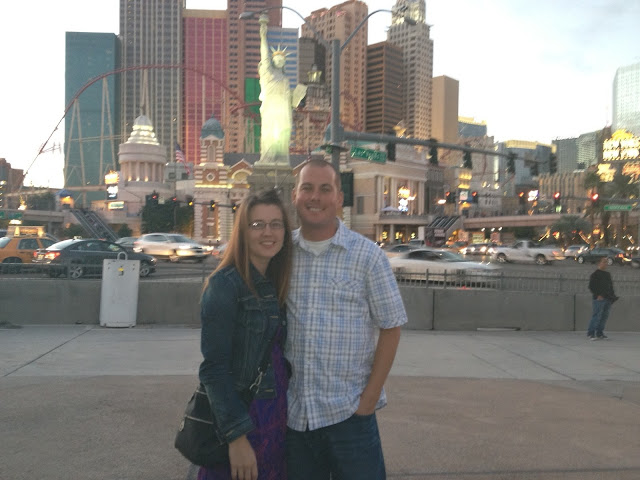 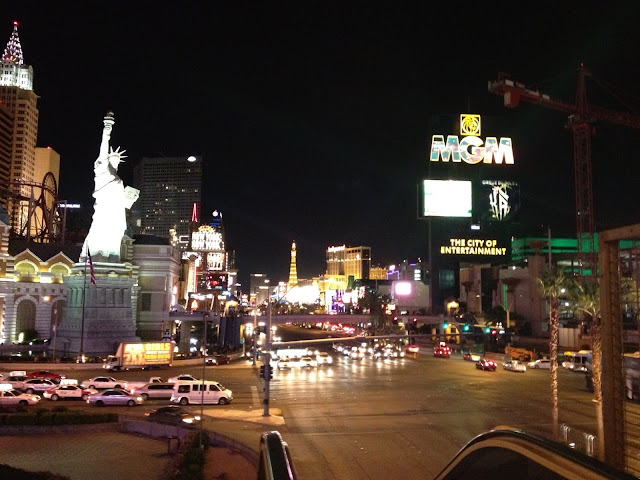 One of my highlights for the trip was Slots-A-Fun. I had no idea how to play BlackJack. Take that back, I know how but I don't know the etiquette that goes along with it. This place had a super low minimum and we sat down, just the four of us, for a couple of hours and had a blast. I learned a few important rules when it came to playing at a table and Jake, Jennifer and Justin had the coldest beer found in Vegas in their hands. I may have had a foot long Red Bull and Vodka in hand too, maybe. At this point, I didn't care if I was losing, we were having too much fun. 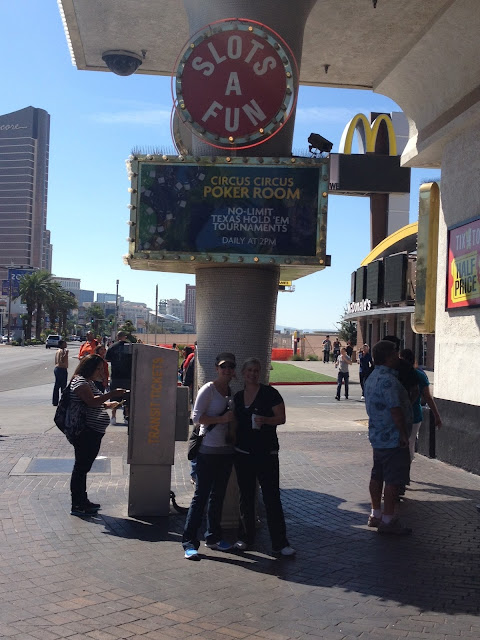 We ate great food. We ventured out to a number of remarkable hotels and casinos. We sang our hearts out at a piano bar. We shopped and bought shoes--super cute ones at that. We saw the Bellegio Fountains. 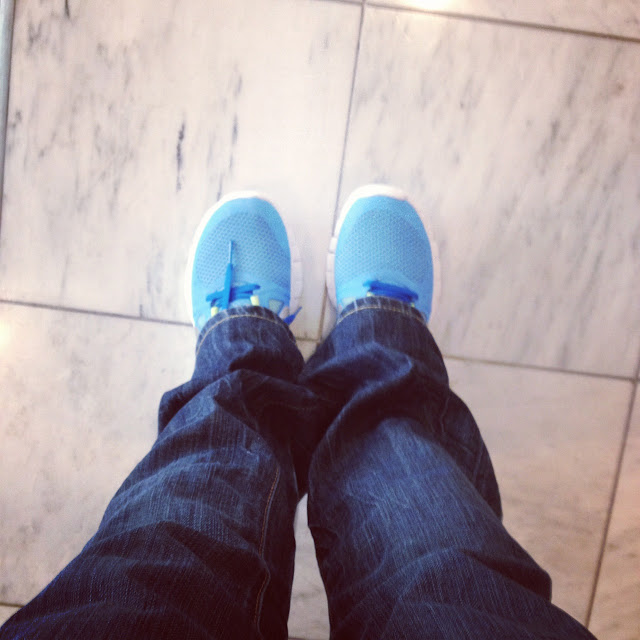 We did Vegas. The best part, by far, was who I was with. It was just so easy and so incredibly enjoyable. So yes, we might not have come back as millionaires or even winners for that matter but we are certainly LUCKY in LIFE. And Jennifer, that quote will never get old!! 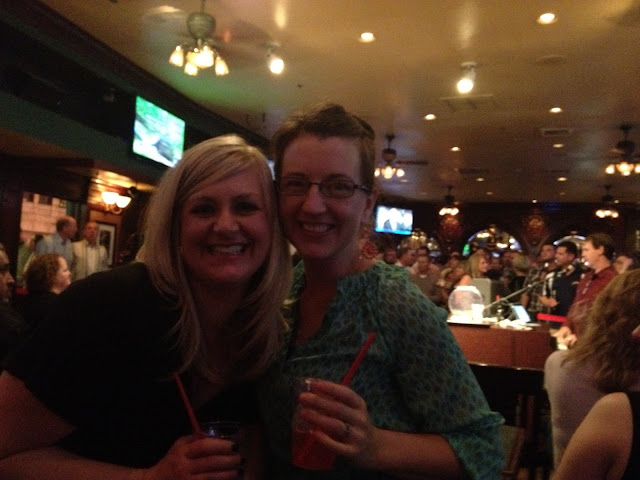