With Halloween right around the corner, literally, we decided that it was time to do something with all the pumpkins the kids have brought home from ALL the pumpkin patches they have visited.

I was torn between letting the boys paint the pumpkins again this year or carving them. Were we really ready for carving? I could just see it now, seeds and pumpkin guts EVERYWHERE! Waiting another year sounded better by the minute. So painting it was-kind of. The other day I was reading the very popular Young House Love blog and ran across the idea of using Mod Podge and tissue paper--half of which we had on hand here at the house & the other half Justin grabbed on his grocery shopping trip. 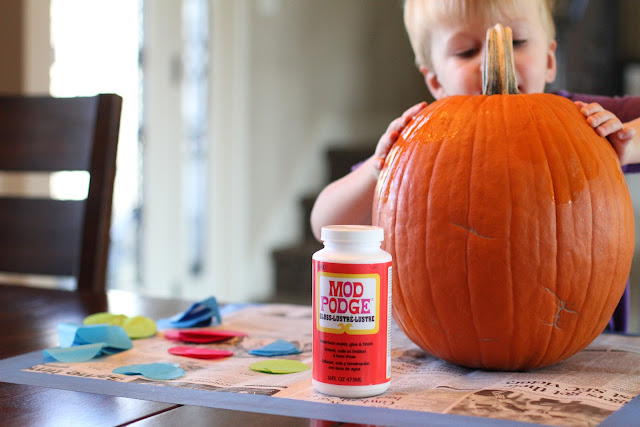 So after lunch the boys and I sat down at the table and we got ready to decorate our pumpkins. Both boys decided they needed to try out their pumpkins with a quick taste test first... 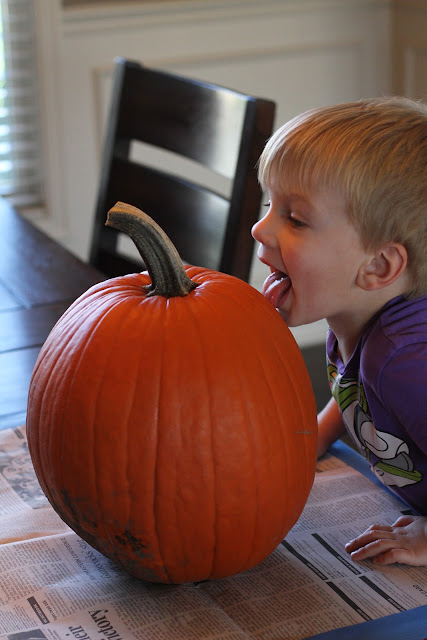 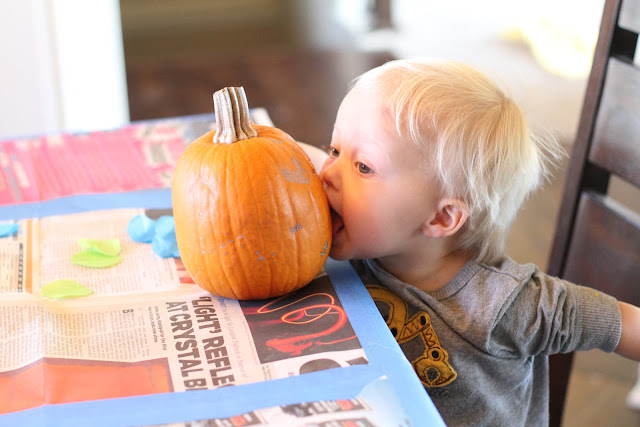 Once the taste test was over--don't ask me why they wanted to lick it--I covered the pumpkins in glue and the boys went to town covering their pumpkins in tissue paper. For dealing in glue, they did great. No big messes and when it comes to these two boys, that in itself is a success. 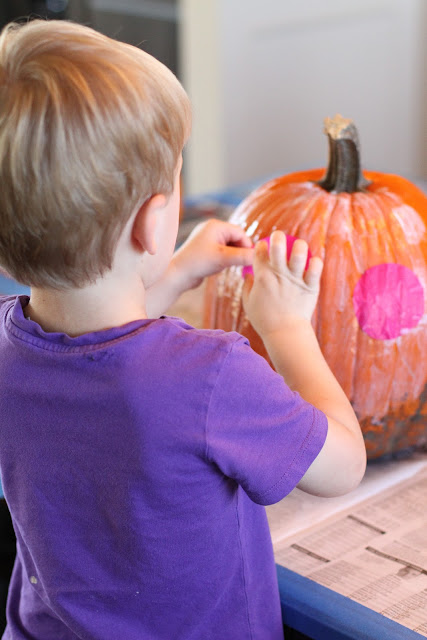 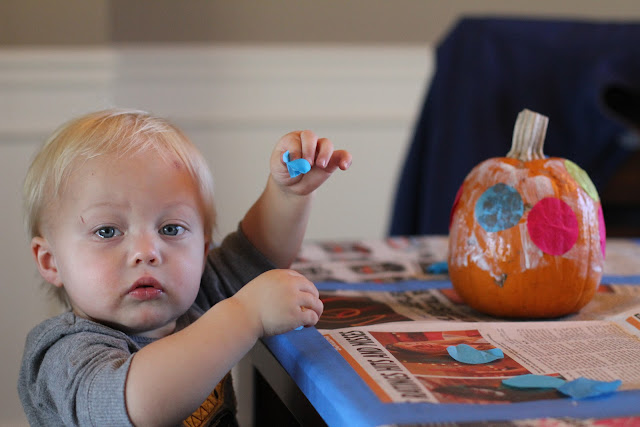 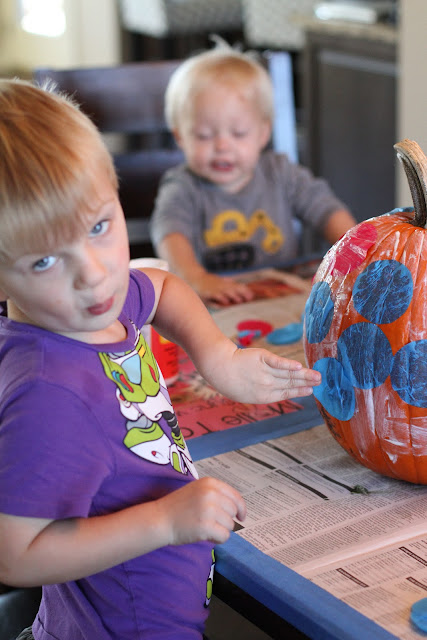 While the kids napped, the pumpkins dried and then it was out to the front porch for all 4 of our neighbors to see! It will be busy couple of days full of Trick-or-Treating, Superheroes, Candy and Laughter. Let the Halloween festivities begin. 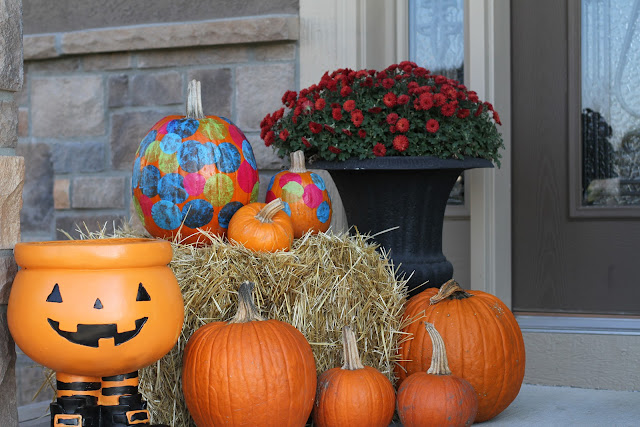