We knew there were a couple of things that we wanted to do while we were in St. Maarten-shopping in Phillipsburg and to take a ferry to another island. We had decided that it might be best to break up the week and give the kids a little time away from the beach and the pool but that could still wait another day-the only thing these kids were thinking about was water.

We took to the pool for another morning. Janet took part in a water aerobics class they were teaching and Kaden provided the entertainment. Once again he made friends with a stranger and this time it was with the instructor and for an almost 3 year old he kept up pretty well. 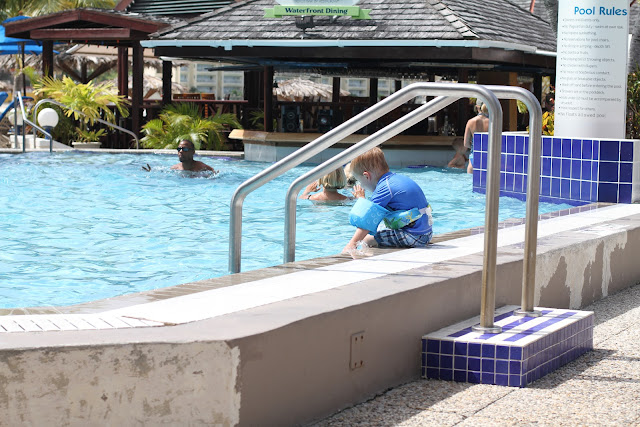 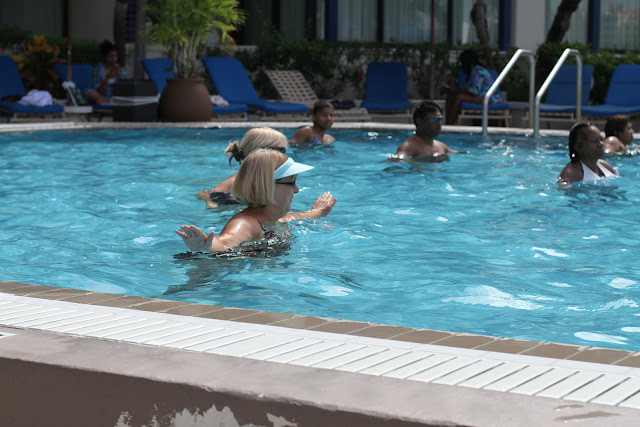 While we swam all morning long the big boys were renting a few pieces of equipment. They had decided that today would be a great day to take Grammy Janet up on her offer of staying back during nap time with the kids. The last few days all they had been talking about was exploring the island and renting a few scooters. We got the kids situated with lunch and down for naps and we took off. The only surprise was that instead of two scooters, we got an ATV and a scooter-guess during this SUPER busy (insert sarcasm) season that they only had one scooter available and that scooter didn't look too hot. And guess which one I got to ride on… 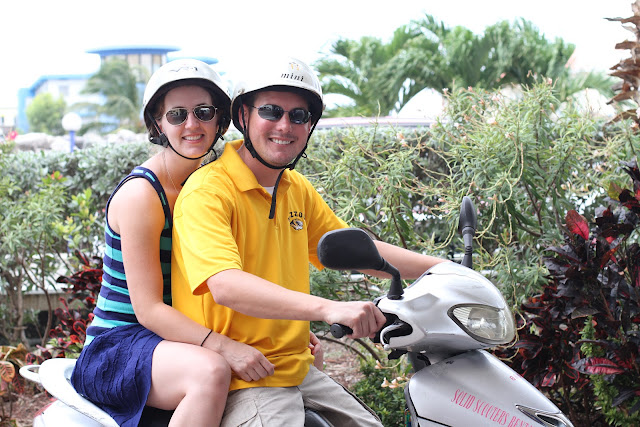 And yes, the helmet-I totally rocked it! It was about two sizes too big and I couldn't tighten it anymore but hey its St. Maarten and there really aren't any laws there about helmets or driving for that matter! 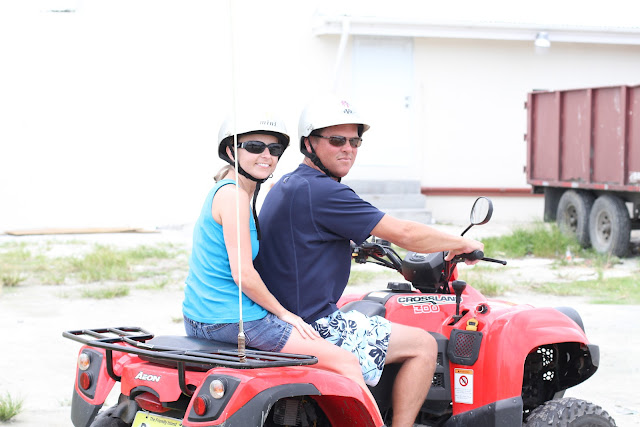 So while the boys napped we took off for about a 3 hour adventure around the island. Just a scooter, an ATV and a map with Justin and I leading the way. Watch out Amazing Race because we didn't get lost once!

I even managed to find one of the places we visited 5 years ago with the Berberiches on a cruise that we took. I really don't think Justin had any faith in me to find it but I somehow took us straight there. 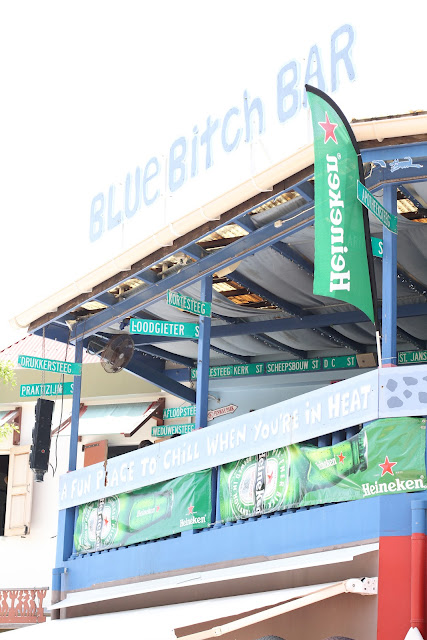 We decided to go ahead and eat lunch here before taking off across the island to the French side. Now this is where I should probably mention that this is the first time that my mother is hearing about our scooter tour and for good reason. Had she known, she would have been a nervous wreck and probably ended up in the hospital…no joke-well I guess it is kind of a joke. It's like when I went skydiving. I didn't call and tell her I was going to do it, I called and told her that I DID it. This way she had nothing to fear! So Mom, we rode around on an unfamiliar island on a scooter and we all made it back in one piece--there was only a few times that I clung on to Justin a little harder. And for all those that know me, control is something I don't like to give up and I had absolutely no control over the scooter-all my faith was in Justin's hands and he did a marvelous job. 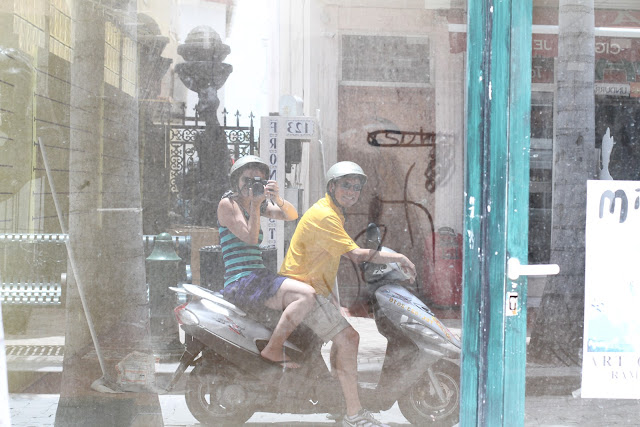 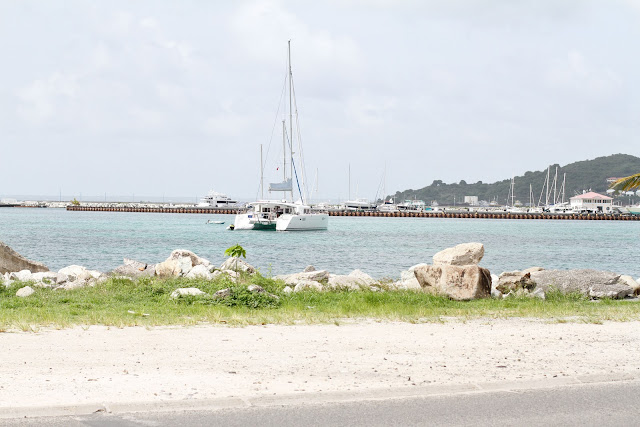 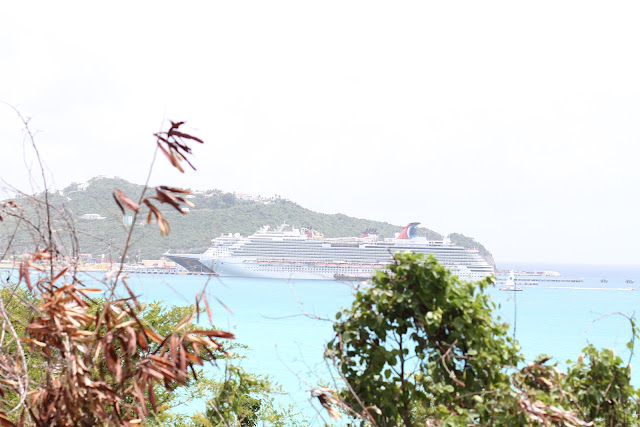 We rode around for about 3 hours and when we got back to the room the kids were still asleep. We were shocked but it was nice to sit down and relax just a bit before we headed to the beach. A big thanks to Grammy Janet for staying back with the kids and letting the four of us go off on our own little island adventure. A must do for any future trips! 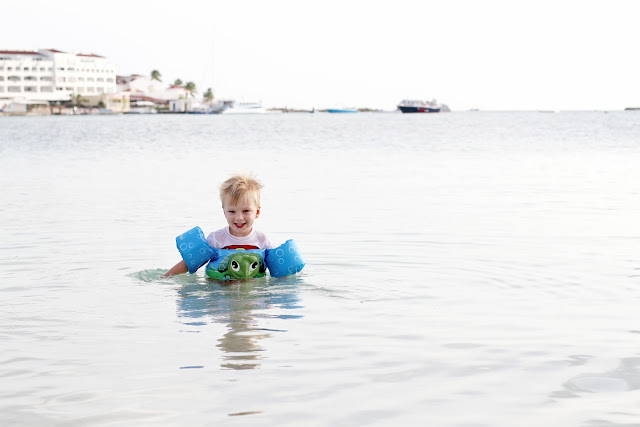 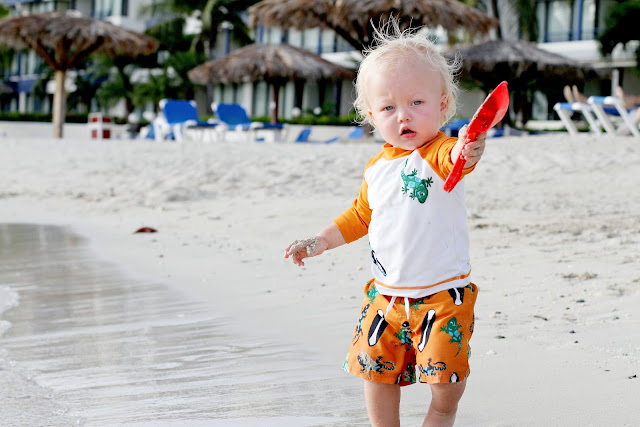 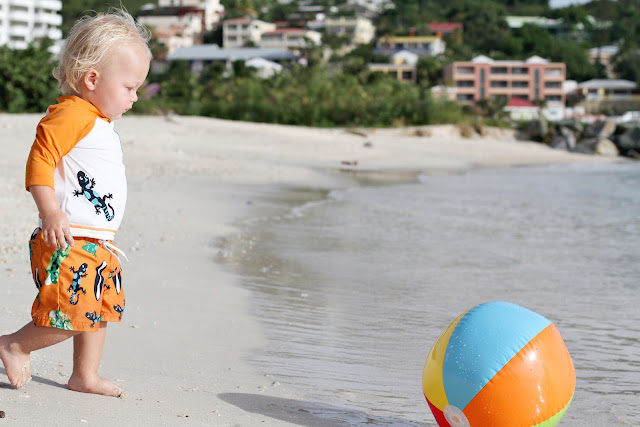 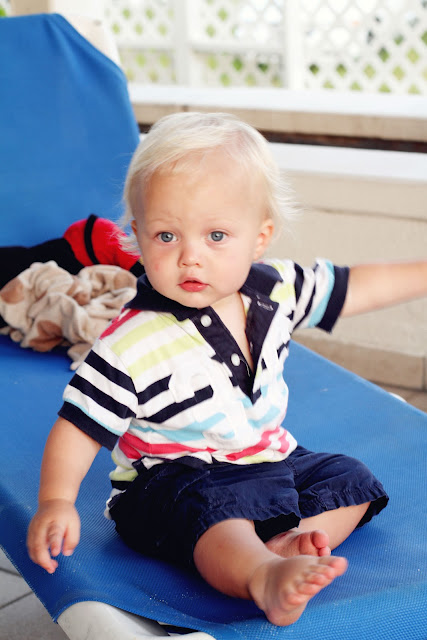