The BOYS will play. 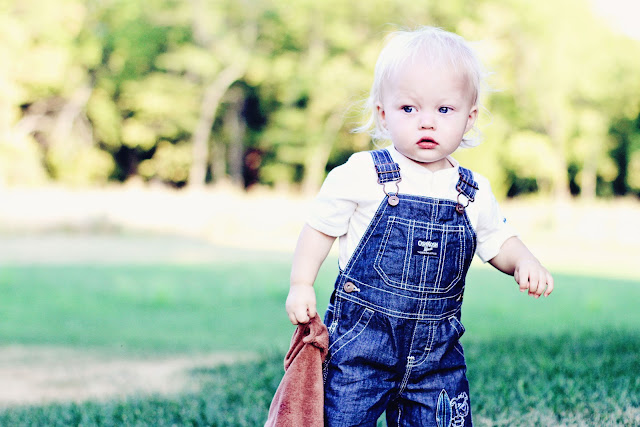 He wanted absolutely nothing to do with the mini-photo shoot that I had set up for him tonight so I worked with what he gave me, which wasn't much. Not one single look at the camera. To be honest, most of the time it looked a little like this… 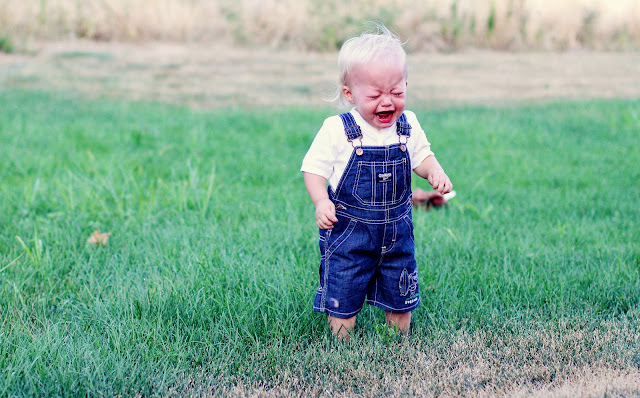 So the fact that I even got one picture was good enough for me. Tomorrow we head to his 15 month appointment and I'll make sure to share his stats and what he has been up to lately cause in the last month he has learned a few very important things. Plus I might just have some more big news!

Now back to the Boys will PLAY!

Mommy had to take a little work trip out of town over the weekend to Las Vegas and while I was gone we had a few visitors come to KC. My Mom and Dad had planned a fun-filled weekend and were bringing my niece and nephews along for the ride. It all started on Friday night with a trip to The K. And since I was already on a plane to Vegas, we had a few extra tickets so Cousin Colton and Uncle Adam got to join in on the fun. 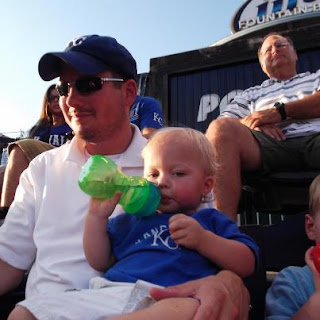 It was a hot one. The boys were able to find relief in the fountains and from what I have been told sat quietly with a little help from the popcorn. Wherever the popcorn was, Logan was right there too. 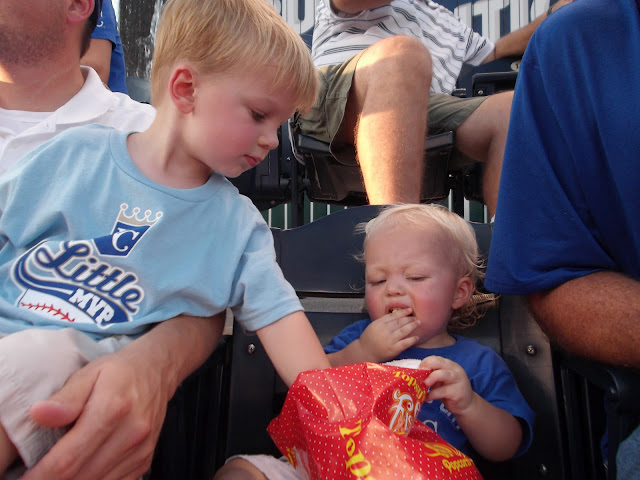 Another way they were able to stay cool was to stay hydrated. And while I completely agree with that theory, I don't necessarily agree with the means… 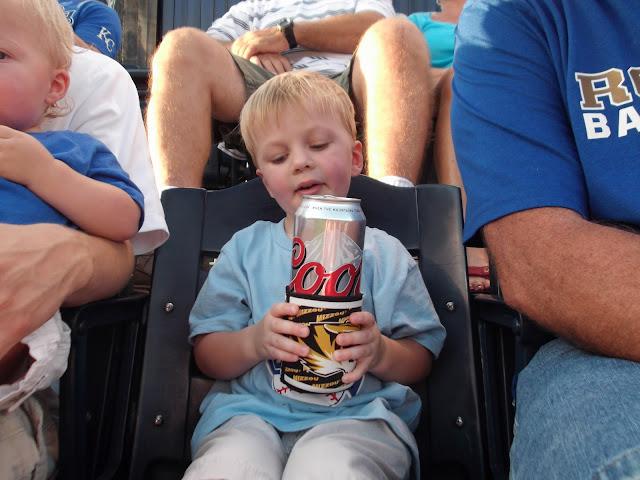 …and for the record, no one under the age of 21 consumed any alcohol. That would be Papa Tom's beer but I do appreciate the koozie. MIZ ZOU.

Some how the kids managed to stay awake through the entire game and the whole ride home. Finally a little after 11 their little heads hit the pillow. The next morning was full of museums. My dad has been wanting to visit the Steamboat Arabia museum ever since I have lived in KC (over 8 years now) and he was finally being able to check that off of his list. And from what I heard they really enjoyed themselves and the museum was better than expected. After Steamboat Arabia they headed to Union Station to see the Titanic Museum which was at the top of the list for Miss Leah. 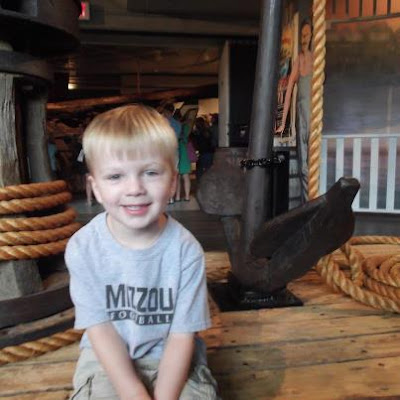 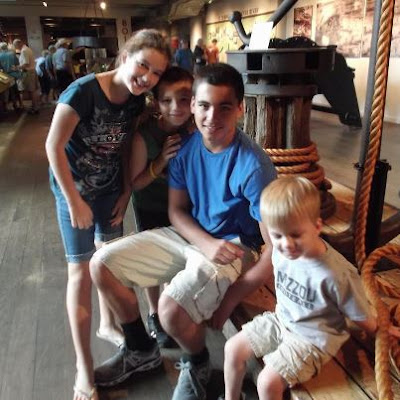 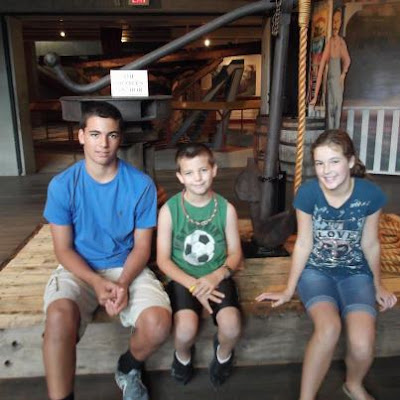 On a side note, I can't believe how big these kids are getting. It seems like yesterday when they were dressed in their finest for Zack's wedding… 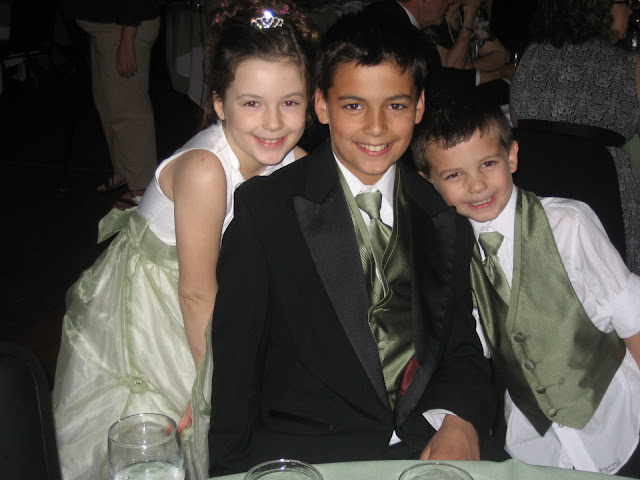 and now they are all almost taller than I am. The oldest is getting ready to start his freshman year in high school, the little lady (not so little) of the house just got back from a 2 week camp. TWO weeks. I could never have done that at 10. And then there is Blake, the sweetest young man ever. He is 8 and would do anything for anyone. He just has the biggest heart and it sucks that I wasn't here to spend the weekend with them but when duty calls, duty calls-its all part of the gig.

While Kaden got to go to the museums, Logan stayed home with Daddy for some quality time and after a long nap by everyone they all woke up and decided to eat one of my favorite meals--Okie Joe's. I could almost smell it through the phone and frankly, it made my room service look like chopped liver. After dinner I was finally able to have a little Facetime with the whole gang and they all took turns telling me about their day. I could easily tell they all had a great time and that Kaden would be very sad to see them all leave the next day. Which he was and the only way to calm him down was for Daddy to turn on the sprinklers. Justin spent the next few hours playing outside with the kids and he even got my camera out to try out his skills… 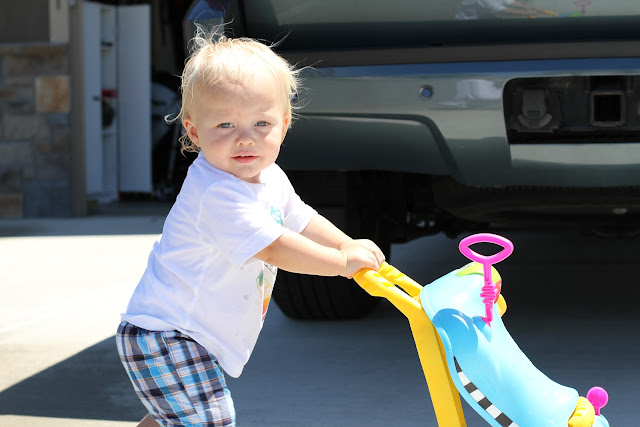 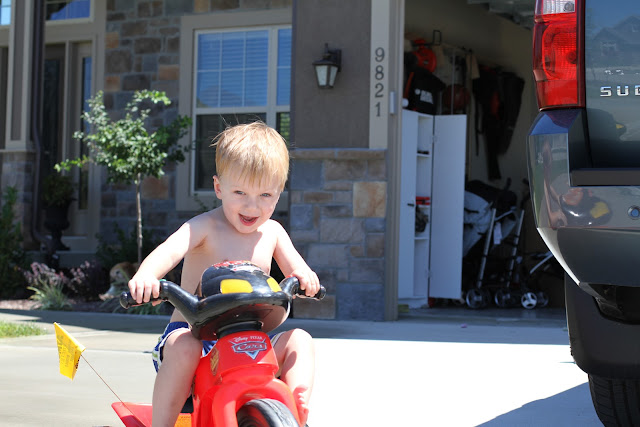 I love that my boys had such a great time with my family while I was gone. I love that we had enough room in our house for them all to stay comfortably. And I love even more that I have the best husband in the world for he hosted his in-laws all weekend long with his wife out of town. That's pretty amazing if I do say so myself. Its great to know that memories can still be made even if I am not there and a camera isn't in my hands.