After a VERY long first day of traveling--which we will just skip over because it wasn't pretty--we finally made it to the beach. The South Family had arrived-all eight of us. You see, we are traveling with my MIL, BIL and his wife and their little boy, our nephew. We have been planning this trip for 10 months now and I can't even begin to explain how much planning went into this trip! 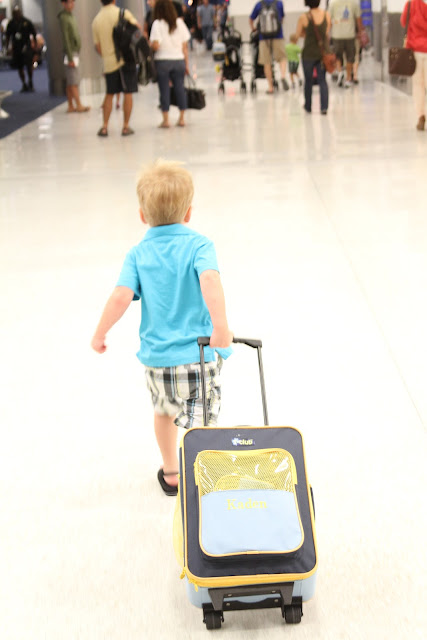 The morning started off with the third leg of our flight from Miami to St. Maarten with Justin, Logan and I only getting a few hours of sleep since the little guy didn't want anything to do laying down and sleeping. Guess I wasn't the only one that was excited to put my toes in the sand.

After the 3 hour flight we found ourselves over some of the bluest water that I have laid eyes on and then Kaden spotted the island and our wheels touched down shortly after.  flew through customs, found a cab and in less than 30 minutes the boys had their suits on and were headed for the ocean.

I wasn't sure what to expect-would they be scared of the waves? Would they run full force ahead and not even give a second thought to what they were doing? Would they just stand there and take it all in? Kaden and Colton instantly ran for the water but Kaden was a little timid, just as I figured. He wasn't sure what to think about the waves but after watching Colton jump right in, he was right on his heels. Daddy and Adam were on their way in as well and Logan couldn't be left out so Daddy scooped him up in his arms. Us girls, well, we just sat back, took in the scenery and snapped the first of THOUSANDS of pictures of our boys' first trip to the ocean.

All of Friday (traveling from KC to Miami and the lack of sleep) didn't even matter any more because that moment in time was just perfect. I had the loves of my life with me on the beautiful island of St. Maarten and they were all grinning from ear to ear. Here is a sneak peek of the first few hours on the island. 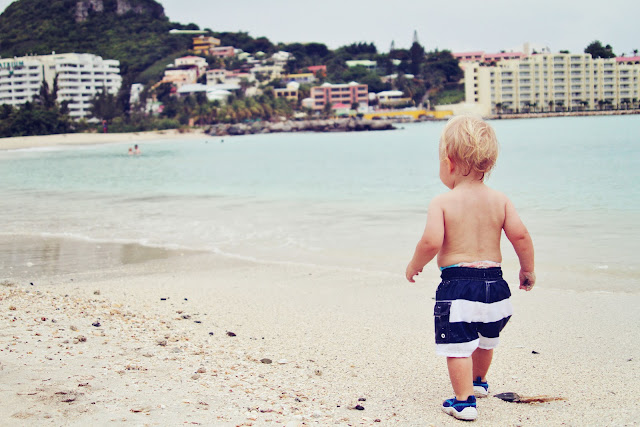 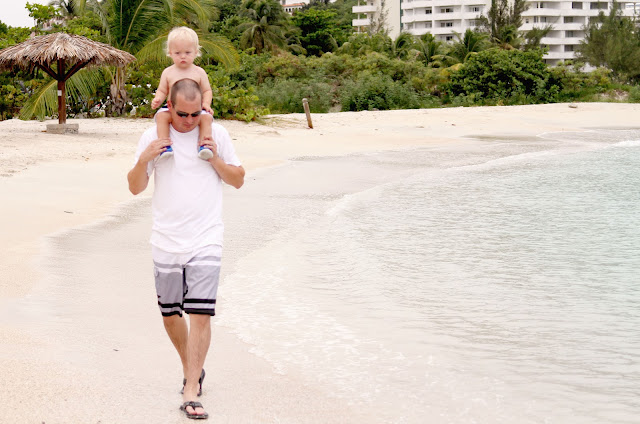 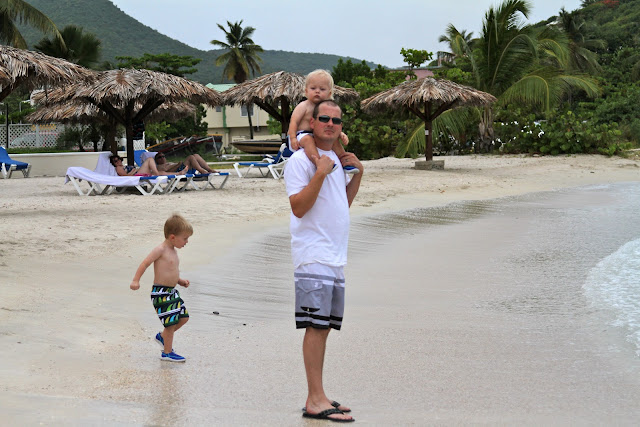 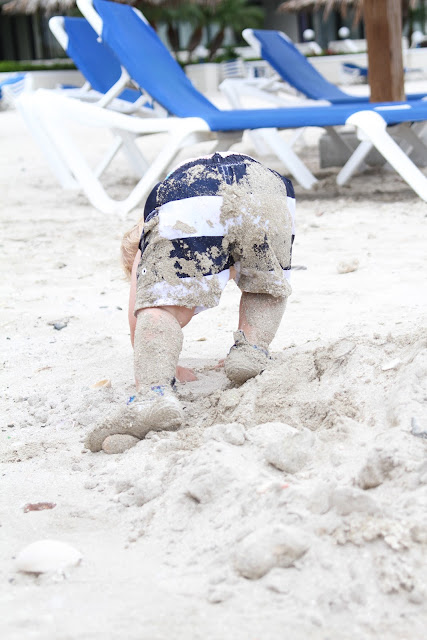 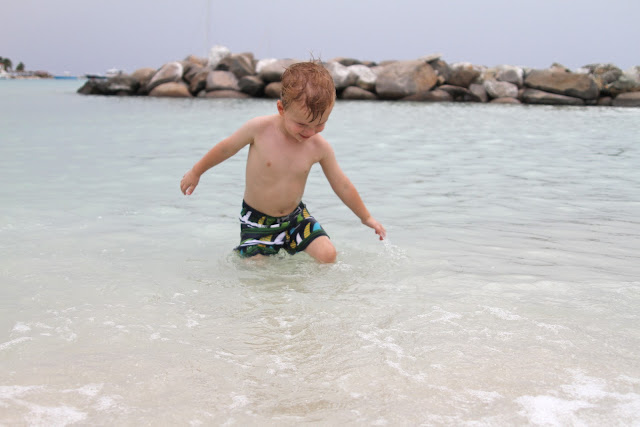 I literally have six minutes until my battery runs out for the night. I really hope to have a couple more days worth of pictures and adventures up before the trip comes to an end. First thing first though, we celebrate Grammie Janet's birthday tomorrow! The fun continues…