Has been the question for what seems like forever. We just haven't been able to bring ourselves to cut Logan's curls off. I mean they are as golden, white really, as can be and I was so afraid that once the curls came off that he wouldn't be a baby anymore. My baby anymore. But then the last two weeks happened. Everyday. All Day. It was BED HEAD. A nice matted mess that didn't want to stay put no matter how much I tried. With vacation only days away and thousands of pictures to be taken, we needed to do something about it and fast.

Tonight we loaded up and we headed to Sports Clips and we checked all three boys in for a haircut. Thats right, Daddy and Kaden were getting their wigs split too. Kaden got "the usual" so he was up and in his chair and away they went. He sat perfectly still as I jumped back and forth trying to let the hairstylist know what we wanted with Logie and snapping the "first cut" picture. Heck, he actually did better when I wasn't in view which actually gave me a chance to snap a couple pictures of him being the big boy that he is…. 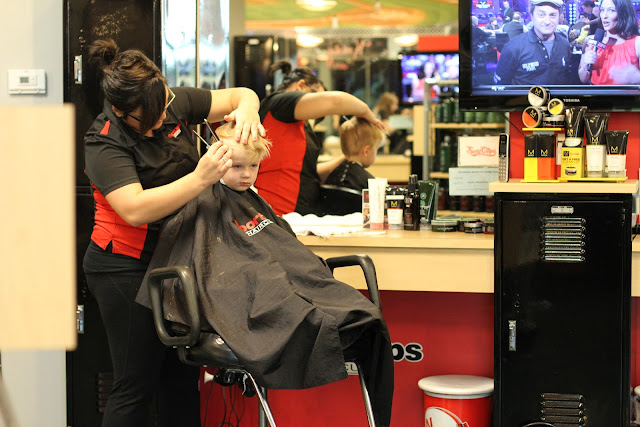 But back to the big haircut of the day, Logie's. Logan sat there on Justin's lap as his hair was "trimmed" up. We opted for the trim because I wasn't about ready to let the curls go and the stylist said all he needed was a little clean up and he would be good to go. Yes, we could have went a lot shorter but that wouldn't be Logie. Plus we are headed to the beach and capturing some blonde, flowing locks is on my list of must have pictures! The ladies at Sports Clips were great with the kids. Kaden got a sucker and they gave Logie a certificate and saved a lock of hair for his baby book. It might not have been the same experience that Kaden had for his first haircut at Sheer Madness but this was more Logan. Laid-back and to the point.

So without further ado, Mr. Logan-The Before…. 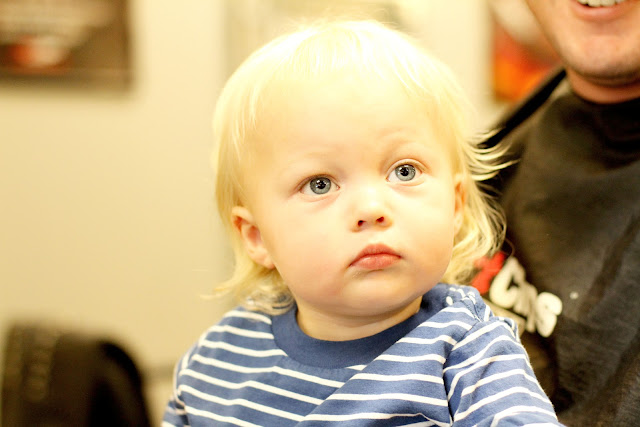 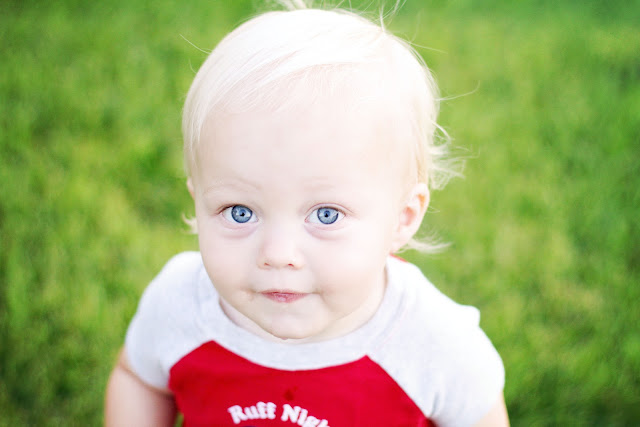 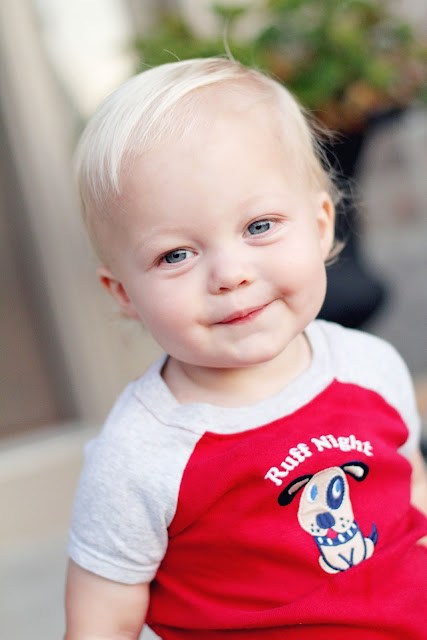 And as cute as EVER! Actually, maybe even a little cuter than before, if that is possible.

Now Logan wasn't the only one that went for a big change, Justin did as well. Justin has been talking about cutting his hair short for months, no, years now and finally he did it. The stylist got the number 2's out and went for it. It's short. It's soft. And it looks sooooo much better than what I had expected. You see when I met Justin his hair was thick, black and spiky. You could really grab hold of it and get him to pay attention to you if you needed to. So it was hard to imagine him with anything other than a spiky little hair style until now and I have to admit, I like it and he probably should have done this a little while ago! Sorry, no pictures of him but there will be plenty to share from vacation!

So that's that. 3 Boys and 3 haircuts. One step closer to being beach ready!
Posted by Kayla South at 11:01 PM