We were told this day would come a number of times. It was first scheduled to open over Memorial Day weekend. It came and it went and the pool remained a HOT construction mess. We were then told 4th of July. We both found this perfectly acceptable. We could celebrate our nation's birthday sitting by the pool with hot dogs and hamburgers on the grill. But once again, it came and it went and still no progress was being made. Things were not looking good.

At last we got a promising letter in the mail. Another builder had decided to start developing in the sub-division and he was taken over. His top priority became the pool and he was kicking it into high gear. We might not have our sand volleyball court, playground or multi-purpose court done by summer end but the pool-well it WAS going to happen. The new goal was to have it opened before summers end and you know what? They made true to their promise and the pool opened this weekend!! And they don't plan on closing it until late September, early October.

We have waited for what seems life forever (basically the entire time we have lived here) to take advantage of the short walk to our pool and we were bound and determined to make the most of it during opening weekend. Justin, his mom and the boys went last night and as soon as I walked through the door this afternoon I quickly said hello to my boys, laid them down for naps and twiddled my thumbs until they woke up. We immediately threw on their swimsuits and we headed back out to enjoy some family time at the pool. We met new neighbors. We jumped and kicked. We splashed. We laughed. It was more than we imagined and we are so thankful for the new builder coming into our subdivision, he just won a lot of new friends and just brought a community closer together.

I can see a lot of after dinner swims in our future. 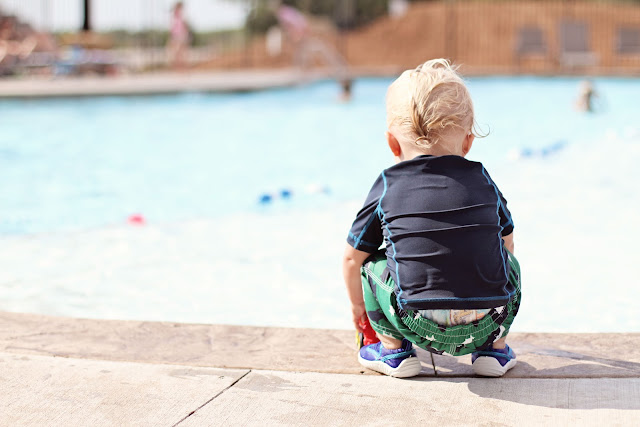 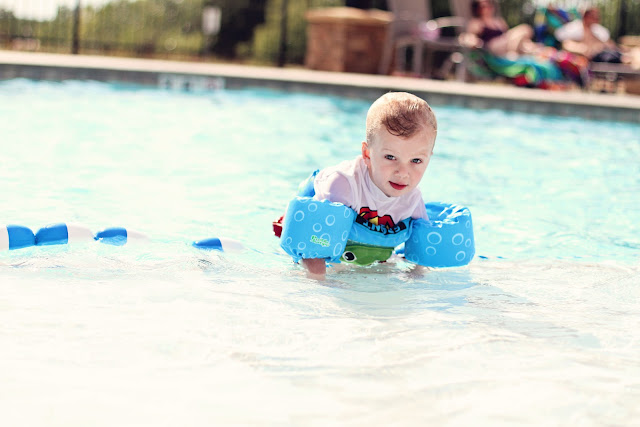 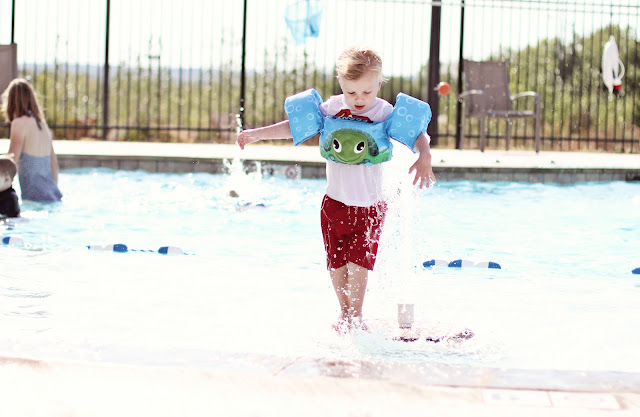 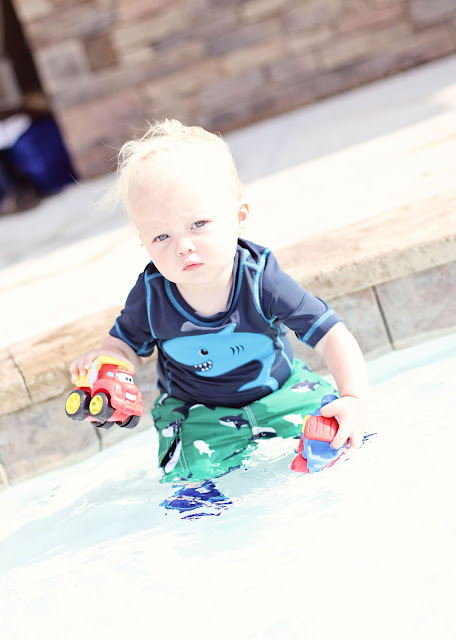