This weekend has been full of greatness. The kind where you don't have to spend a lot of money to have fun-greatness.

On Friday while the moms ran to the mall to have a little girl time the daddies stayed back and had a double feature-the kids and the Royals. We figured since they were kind enough to let us have a little kid-free time that the least we could do was pick up some dinner.  With only one place that would get a unanimous YES from everyone in the room we headed to-Okie Joe's and it was as delicious as ever. And as good as the food was, so were the kids… 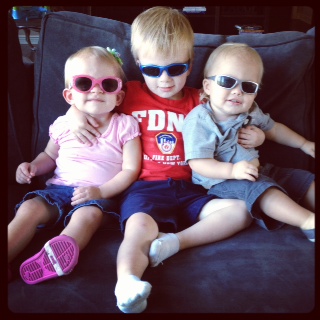 On Saturday the fun continued for all. Mom had some more time with the girls but this time it was to celebrate the pending arrival of Ms. Korie's little man. We started out with a mani-pedi but after sitting there for about an hour and half and still not being done with our pedicures we scrapped the mani and headed to our next destination-Lunch. We walked into to one of Korie's favorite restaurants and low and behold, a few family and friends were there waiting to surprise her. She just walked into her "Sprinkle" of a shower. We then spent the next hour showering her with gifts for Baby Boy Johnson and eating the most delicious chocolate chip cookie in the world. Seriously if you have never had Granite City's Chocolate Chip Cookie drop everything you are doing and go order one now. Hurry, Go!!

When I walked back through the front door at home it was quiet. Too quiet. I walked around the house and finally as a ventured upstairs I saw that all three boys were passed out. Each in their own room. So what did this Mommy do? I grabbed a blanket and plopped right down next to the hubs and for the next 2 hours we napped. Perfectly Silent.

Once the boys were up I pulled at the camera and just started playing around. I was able to capture a picture of the boys with a few of their favorite things. Kaden and his lovey. 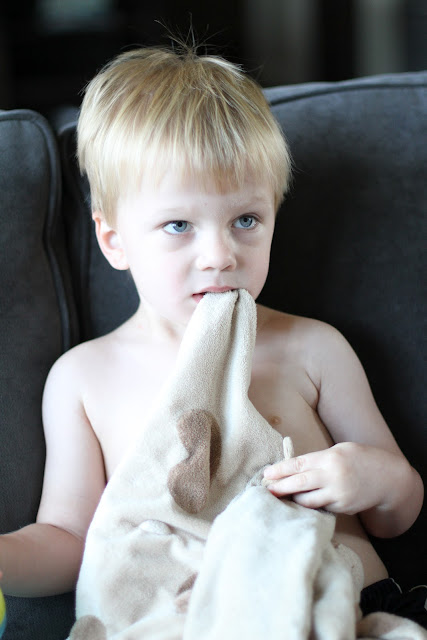 Kaden got his lovey(ies) before he was even out of my womb and he took to them immediately. He would take his naps with them, he would carry them around the house, take them on car rides-anywhere he went they went. And last year on our trip to MN we left them in Grandma Sara's car and she mailed them back to us priority mail so he wouldn't have to be without them for long. We decided to take them way and put them up about 8 months ago-cold turkey. He asked about them from time to time but for the most part he didn't have too much separation anxiety. I saved them though. I couldn't dare part with something that was just so special to him. Then it happened. I caved one day when he was sick and brought them out of hiding. He didn't feel well at all but when he saw his Lovey his eyes beamed with happiness. So they are back and probably here to stay for a little while longer but we have limited their travels. They have to stay at home, no car rides or trips unless its overnight.

Now Logan has an extreme fondness for milk. I haven't seen a kid drink this much milk in my life. Not only does he drink a lot of it, he likes to make sure that it is always close by and by close by, in his mouth at all time no matter what he is doing… 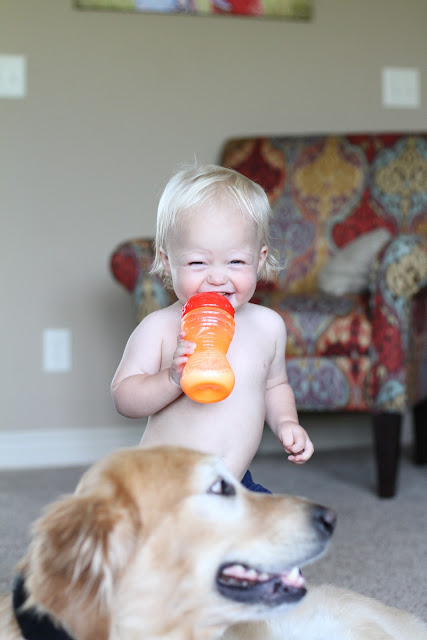 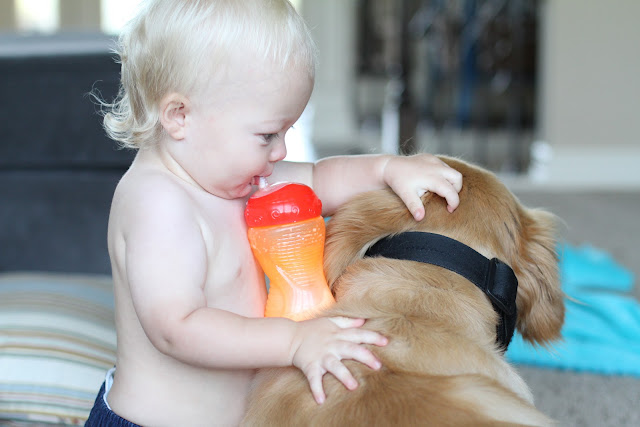 Maybe its just having something to drink at all times… 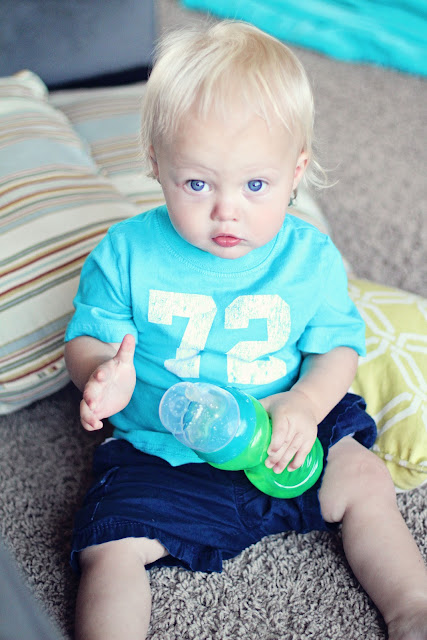 Oh and Jennifer, Logan found the cap to Nathan's bottle deep behind a couch cushion. He didn't want to put it down. We didn't have long and before our friends would arrive for dinner so we picked a few things up and we turned on 101 Dalmatians and just relaxed. 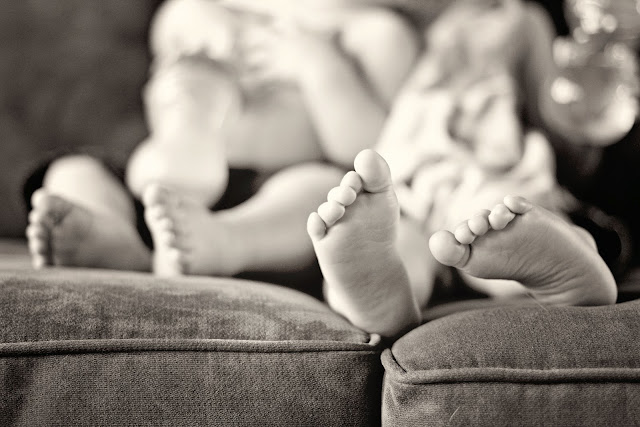 Notice the lovey with Kaden and the milk with Logan-I wasn't lying.

Once Miss Madi and Wyatt arrived the kids started making their Papa Murphy's pizza and the rest of the evening was spent running from play room to the living room. From the back yard to the front yard. Making bedtime super easy at the South house. 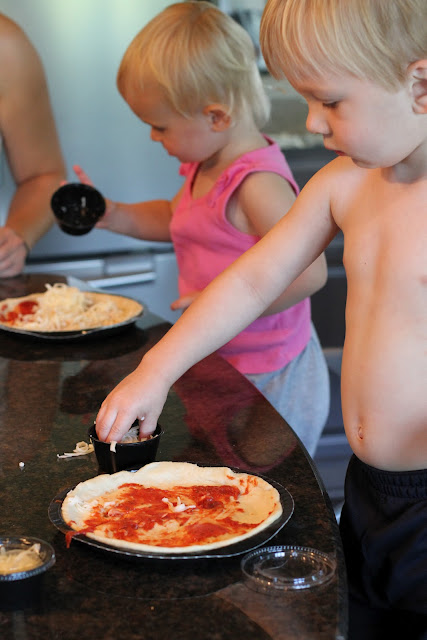 And we will be ending the weekend with just the four of us. Daddy has his new smoker going, laundry is caught up so all we have left to do is take our nightly walk around the lake and then relax some more before a VERY busy week begins. I'll let you in on a little secret, my new niece will be born this week and I can't wait to hold her in my arms and just love on her. And then capture all those sweet, sweet moments as a newborn. Don't worry, I'll be posting lots of pictures!
Posted by Kayla South at 3:30 PM