So where were we? Oh yea, we were in the middle of a wedding shower for Miss Dawn. As soon as the wedding shower wrapped up we loaded the boys, a few photography props and our bags in the car and headed south on 71. The kids fell asleep before we hit Grandview and I wasn't far behind. Next thing I knew we were rolling through Nevada and Justin was ready to hand of the keys for me to finish the drive.

We headed straight to my brother's so that we could introduce the boys to their newest cousin, Maddie. Kaden went straight to the baby swing to check out the new family member and he just looked at her in awe as she slept. It had been a few days since I had seen Maddie so of course I didn't waste any time scooping her up in my arms and the next thing you know Kaden is sitting down beside me. He wanted his turn but not before a trip to the bathroom. We made sure to wash our hands extra good and he ran back to the couch and took position. And just like with Baby Nathan, he was in his element. 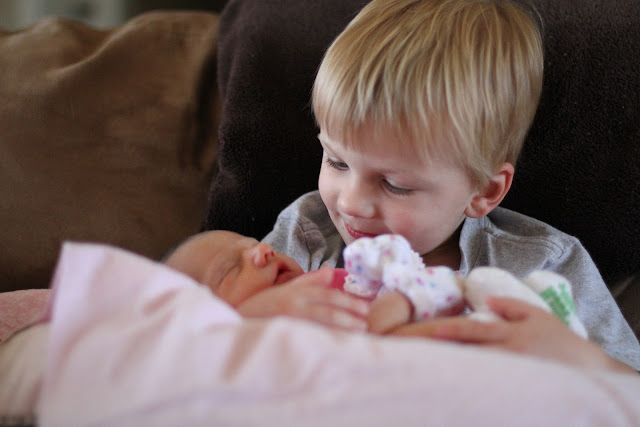 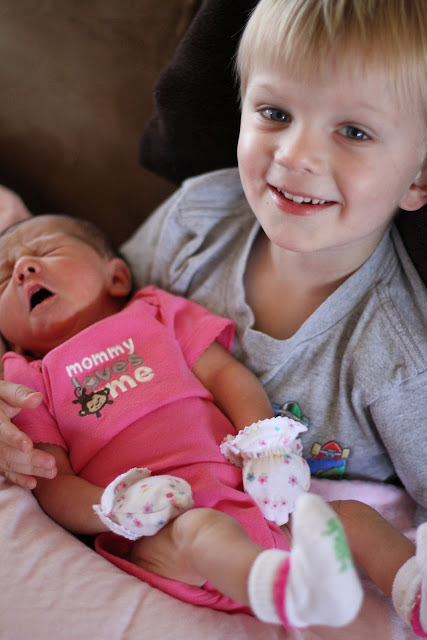 Logan wasn't really that interested but he did sit down with me for a few seconds while we snapped his picture. And then Uncle Justin got in on the fun too. I kind of laugh when I see this picture because Maddie probably looks more like our kid than Kaden and Logan do. She at least has dark hair like we do and well our boys certainly don't! I mean I know I did when I was little, I was a little toe head just like both the boys are. But I couldn't tell you when the last time I could actually claim being a natural blonde was?!? 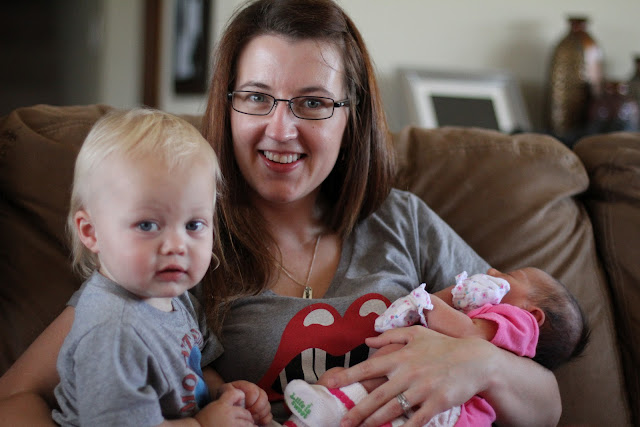 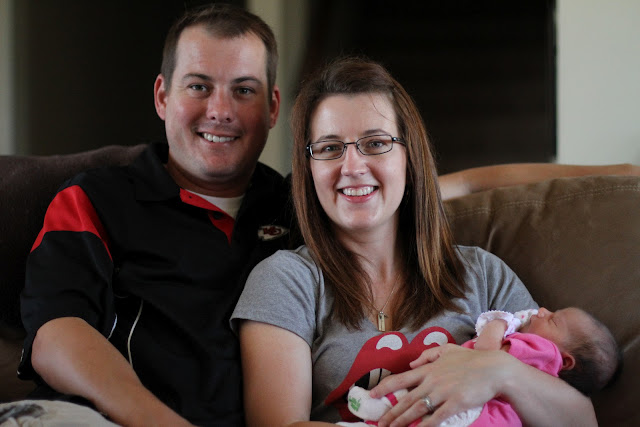 And even though I could sit there for forever and a day holding that precious little girl, my ovaries weren't crying for another baby! I loved the idea of being able to shower her with gifts, hold her closely and then hand her back over to her mom and dad to take care of the sleepless nights. Just not ready for that again…yet.

After we got our baby fix we drove back to my mom and dad's where we met up with my sister, Rob and Lauren, and my Grandpa Hartley for dinner. Dad had pulled together a feast, as usual. I filled my plate with fresh grown tomato after fresh grown tomato-most all of them being ends. I love the ends!

As we were finishing up and as I was getting ready to head out for a photo shoot, the guest of honor arrived for her first trip out of the house. Miss Maddie came for a short visit and Grandpa Hartley was ready to hold her the second she came through the door. He even got to help feed her as her mommy and daddy filled their plates. Seeing my Grandpa Hartley holding a little baby never gets old... 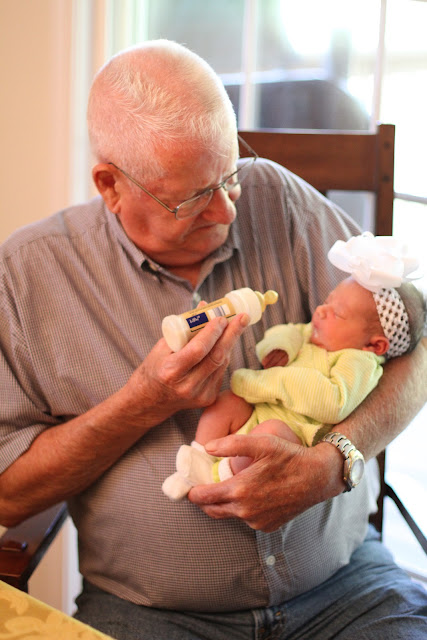 That evening I had the privilege of shooting the kids of an old friend from high school. The oldest was turning 9 very soon and the youngest will be turning 2 in a few short months. These kids were so well behaved. I hadn't really ever shot in Carthage before so we were in a trial in error mode and fortunately for us, it all worked out. We found a jackpot of a location just off of the square, old painted buildings with vines, stairs and pallets. I wish I had that location up here in KC, I would totally be using it all the time! 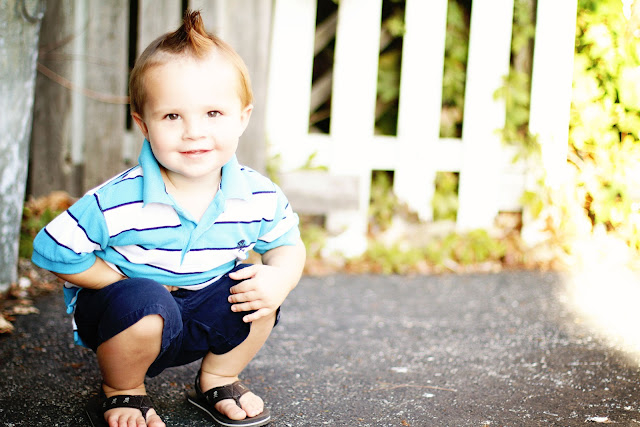 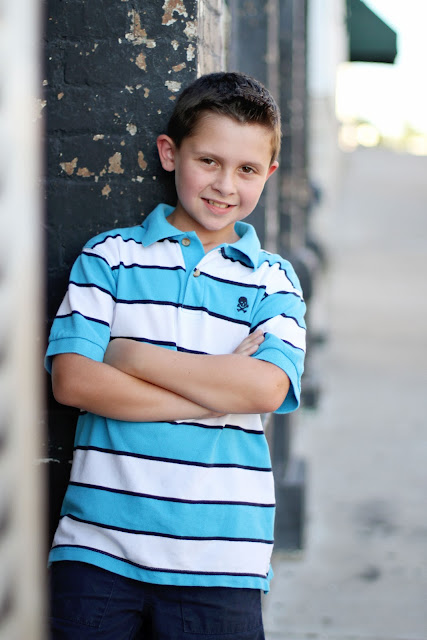 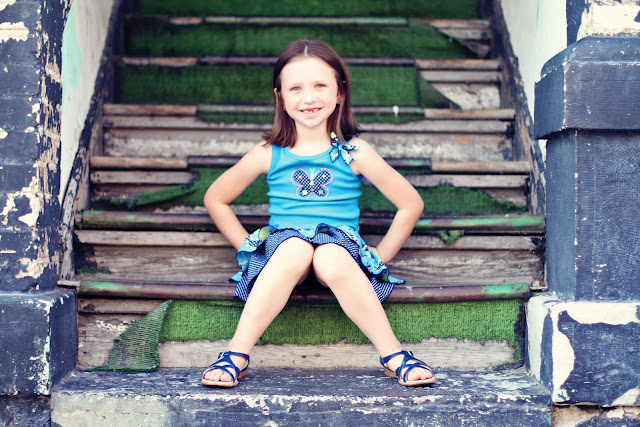 After returning from the shoot, I started editing for a few sneak peeks and then we all hit the sack because it was up bright and early for another shoot but this one would take some time. While Kaden went to church with Papa Tom and Grandma Sara, Logan stayed back with Daddy, I ran over to my brothers and started setting up a few props for Maddie's newborn shoot. We got started a little after 9 and finished a little after 11. Maddie slept for most of the shoot and was a perfect angel the entire time but just after 11 we were all pretty tired and we decided it was a wrap. I hated saying goodbye but I just had to. We had to get back to Kansas City and get the boys all ready for the upcoming week and I had to get a bag packed for a trip to Atlanta for work.

The weekend was constant go, go, go but I wouldn't change it. I got to see most of my family, I got to see an old friend and capture her precious kiddos and I got take pictures of my new niece, the most darling little girl that I have laid eyes on. My most favorite part of the weekend, watching my brother, Zack and his wife, Lindsey transition to parenthood. They were amazing and did everything with ease. They weren't wound tight or overly protective, they were just naturals at it and seeing my little brother hold his little girl was kind of emotional for me. He was really a DAD and a great DAD at that. 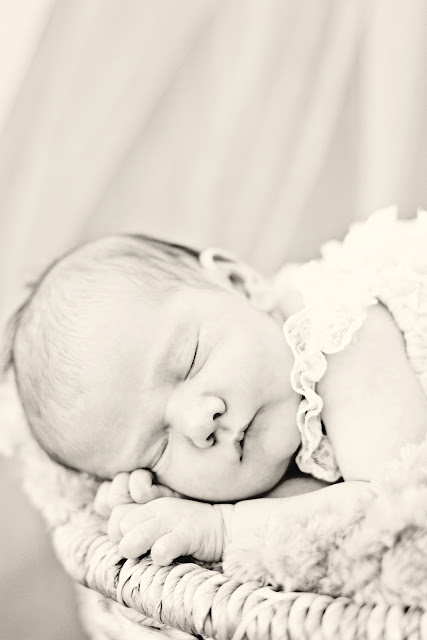 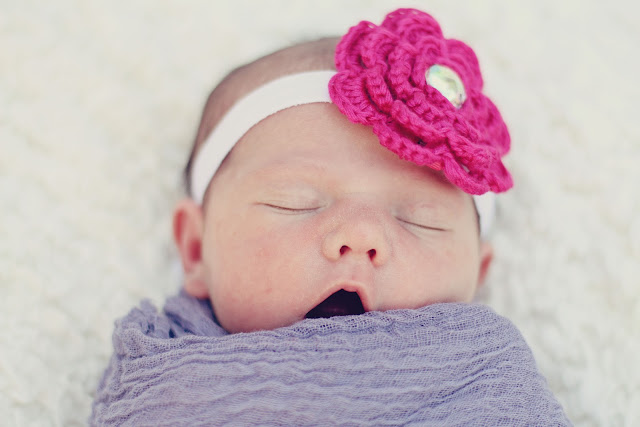