Not only did we host a shower for my SIL yesterday but we also got to check a few more things off Kaden's list of firsts. We got to water the tomatoes, actual tomatoes and not just plants this time. He got into a little water hose fight with Grandma Sara and I am pretty sure he is the only one that could have gotten away with it! 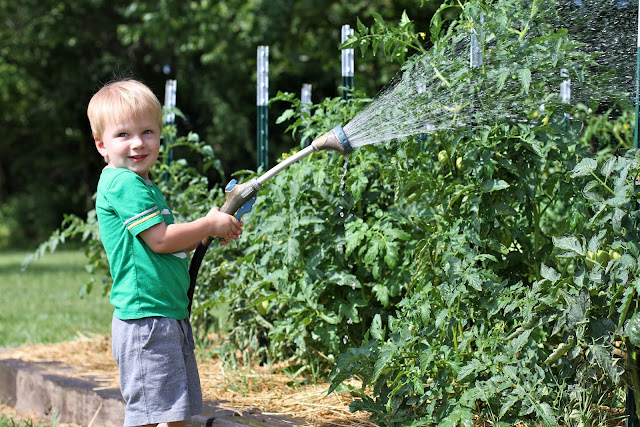 We also got to visit with the horses that live behind my parents' house. There was what appeared to be a baby horse but upon closer inspection it was a Shetland Pony but for Kaden's sake we went with a baby horse. 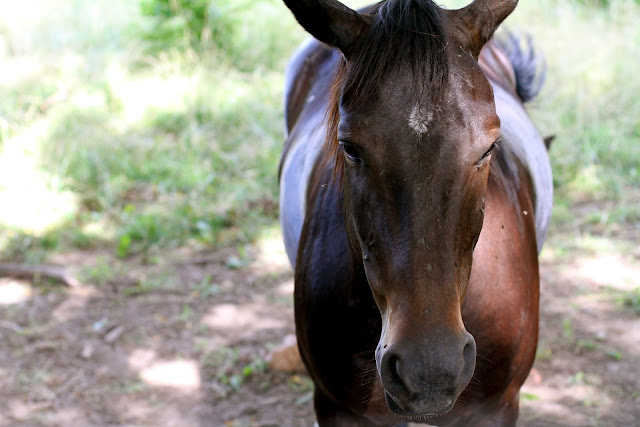 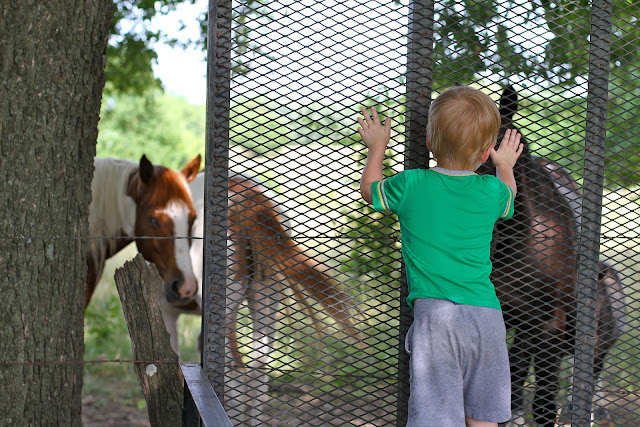 Papa Tom mowed the yard and multiple times he stopped to see if Kaden wanted to ride. Kaden said yes but as he got closer he stopped fast in his tracks and backed away slowly. After Papa was done mowing Grandma thought she would give it a try and well, lets just say that Papa wasn't very happy with the outcome. 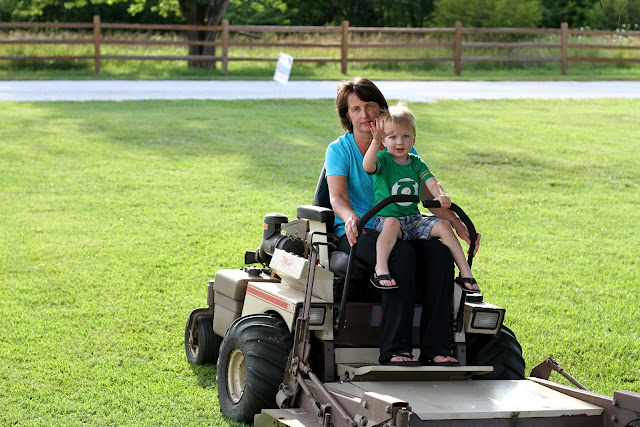 That was kind of the end of the firsts but that didn't stop the fun. Zack and Lindsey came over for a quick maternity shoot and Kaden came out to join us towards the end. If this picture doesn't make you smile, I am not sure what would… 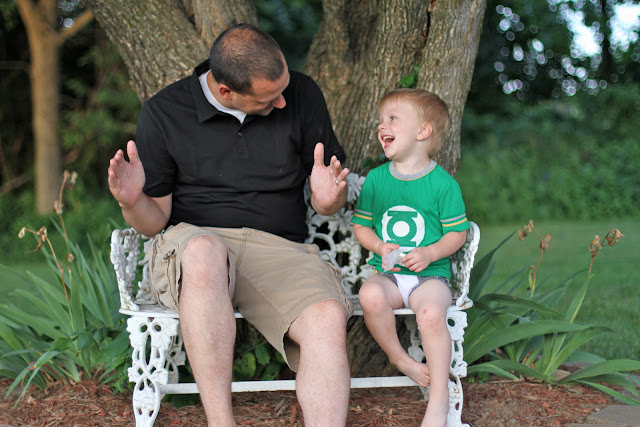 Big boy underwear and all. Love that kid! And that bench, I use to sit on it all the time at my Grandma & Grandpa Hartley's house when I was Kaden's age. Kind of wish I had it here in KC with me!

The boys decided that they would go "blow things up" and headed out to the shooting range while the girls tended to the shower. It had been awhile since I had seen my niece Lauren so we took the opportunity to get a few photos in. 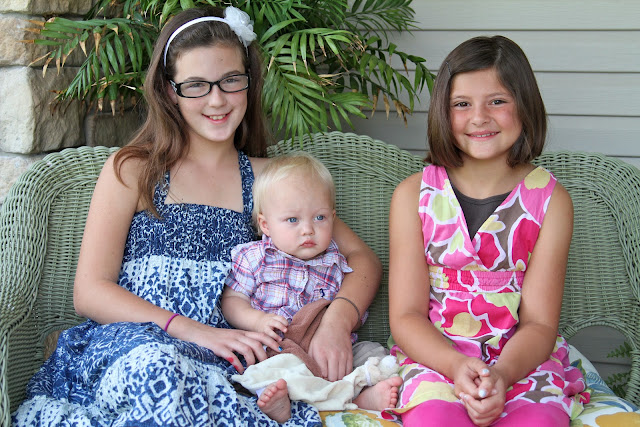 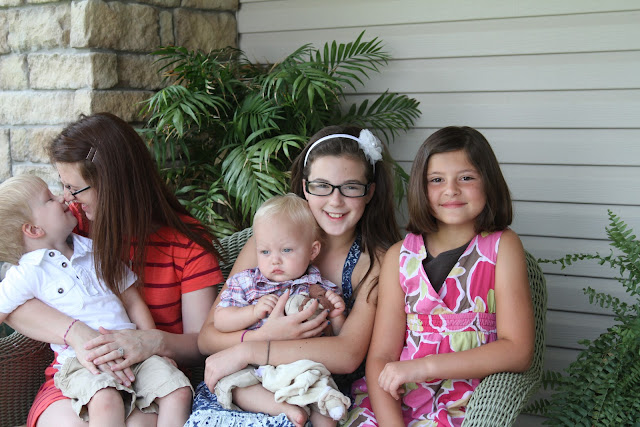 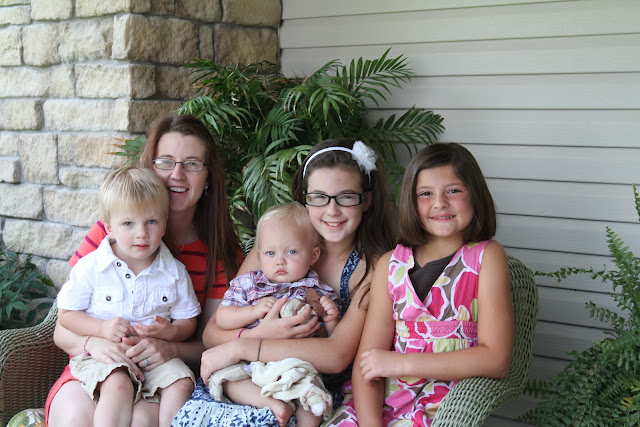 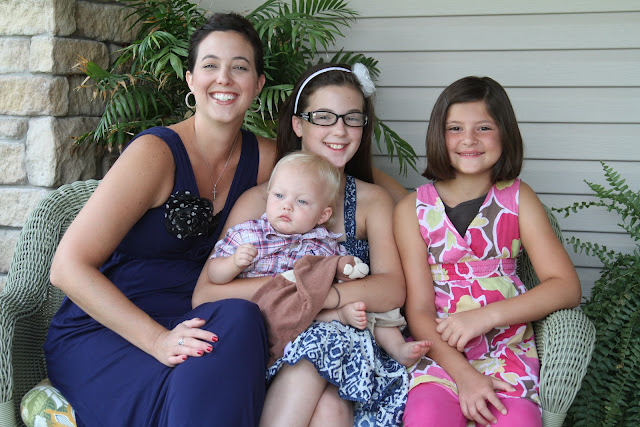 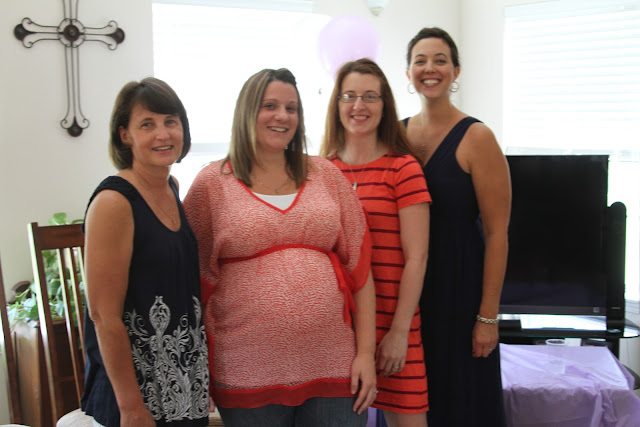 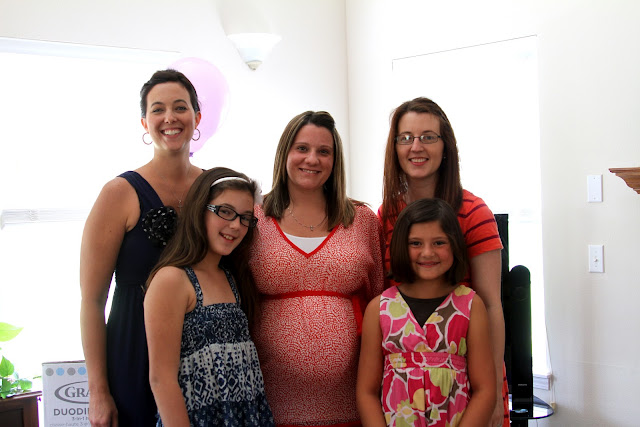 And just to note, yes, I know how pale I am. Might need to do something about that and give up the comfort of the air conditioning and get outside a little. I just hate the heat! Maybe when the pool is finished!
Posted by Kayla South at 4:10 PM