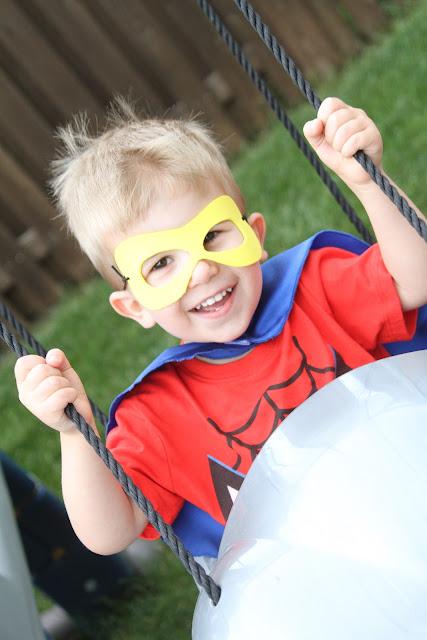 Our nephew, Colton turned 3 yesterday and today he celebrated with a SUPERhero birthday party. He had fun capes and masks for all his friends, his mom made the coolest superhero suckers, and everywhere you looked you saw Spiderman, Batman, The Hulk, Iron Man and so forth. It was such a cute theme and Becky did such a great job pulling it all together. And lucky us, we already had a Superman and a Green Lantern shirt for both the boys so deciding what they should wear was a piece of cake! 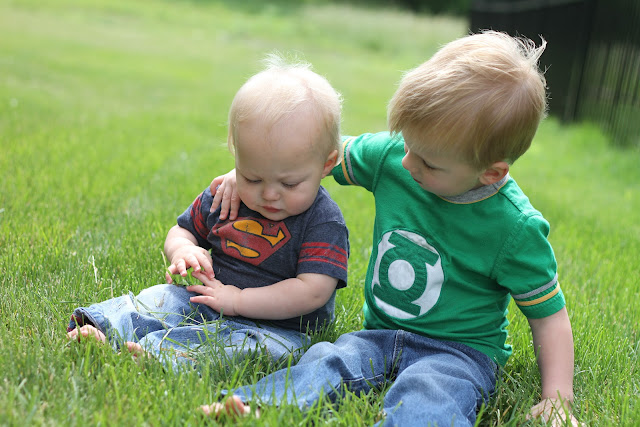 There was a lot of fun being had but I wish Kaden would have joined in a little more on that said fun. Lets just say he was the only kiddo that didn't want to wear the cape or his mask. The only thing that he wanted, the rock candy suckers. And to be outside but thats not unusual. Logan on the other hand wore his mask and cape for a long time. He kind of resembled an enemy of Superman that had been turned to stone because the kid stood in the exact same spot for 20 minutes as Colton unwrapped his gifts. It wasn't like he was interested in what Colton was doing more so he was just listening to what Mommy had said, "stand here for a picture"… 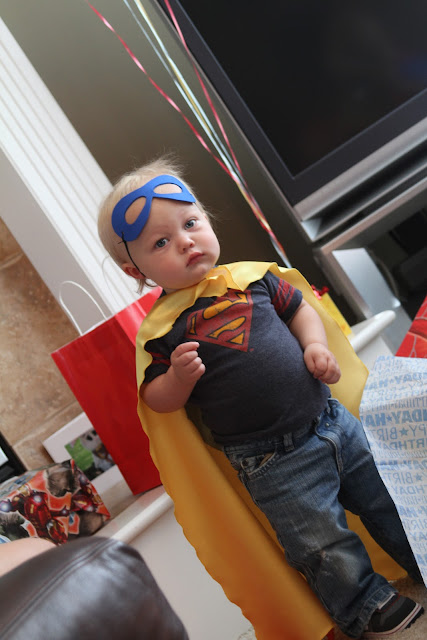 We had such a great time at the party this afternoon and we are so blessed to have such a great nephew like Colton to grow up alongside our boys and be best of buds. Here are a few pictures from the party. And although Kaden wasn't always joining in on the fun, when it was time to leave, I had to take him kicking and screaming. I guess being with some buddies was more fun then going back home.. 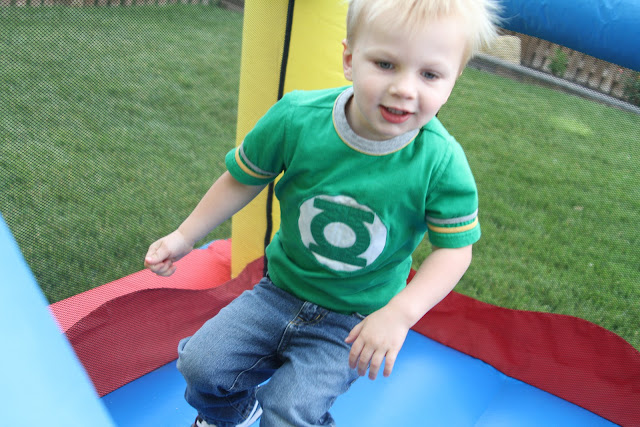 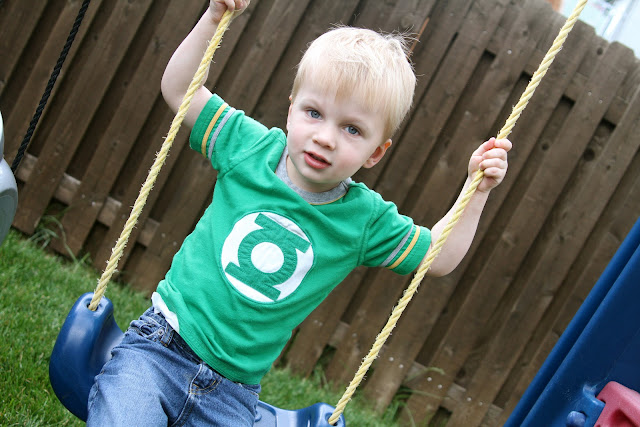 Before the birthday party I took the boys outside and bribed Kaden with a sucker to sit next to his brother for a picture. He did and Logan stayed put but they never managed to look at the camera at the same time. Turkeys! But tonight while we were having our family pictures taken I was asked what I hoped to get out of the shoot and my response was a simple request but difficult to achieve--One FAMILY picture. To my surprise, our two little boys hammed it up in front of the camera for this new photographer and we got that family picture on the first try! Plus when it came time to taking a picture of just the boys, they rocked that too. They were Superheroes all day long! 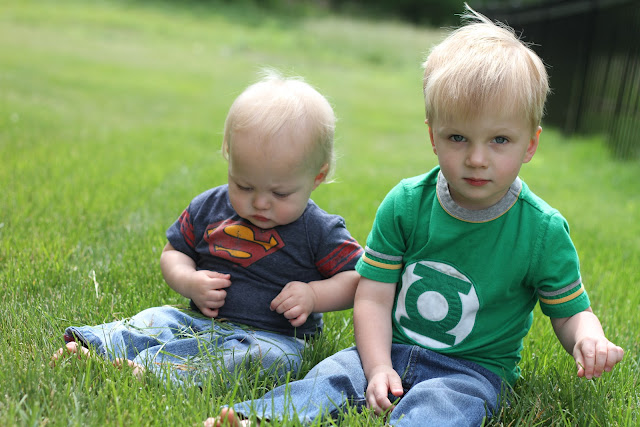 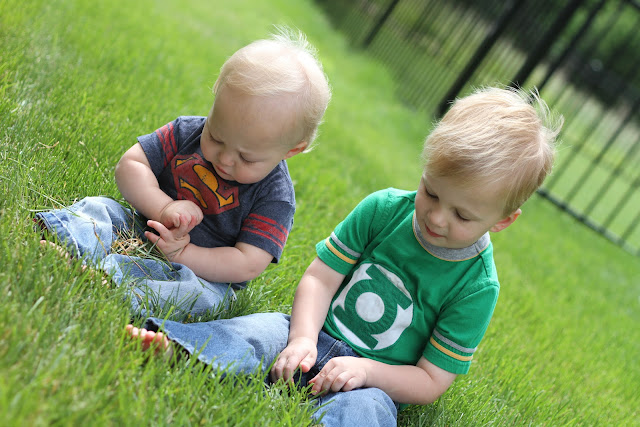 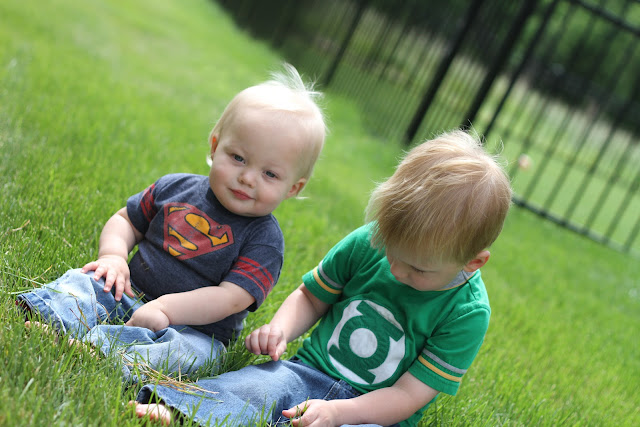