It was a Tuesday morning and I had just walked into my on-campus job at Kelce School of Business as an academic advisor. It was there on the TV that I watched the second of two planes hit the World Trade Center. It was there that I sat in disbelief and fear of the unknown. It was there that I sat with my friends and cried and we all wondered what sort of person could cause such pain to so many innocent people and their families.

This past Thursday, along side my colleagues, I got to see it from a different viewpoint. From a survivors viewpoint. I can't express how grateful and honored I was as I followed a colleague from NYC around the memorial. And words can't describe the emotions that flooded through each of us as we listened intently to every single word he spoke. His story isn't mine to tell so I won't. But I will let you know that this individual was on the 44th floor of Tower Two that morning. And when we first arrived at the site, we walked out of the exact subway tunnel that he climbed out of as the Tower he just left was on fire. His personal story, the stories of the survivors he knew, the stories of the memories he has of those that didn't survivor--each moving, each just as important as the other. And there are hundreds, thousands more just like it.

Thank you just isn't enough when it comes to trying to figure out a way to let this individual know what Thursday meant to us. It was so much more than anything that I could have imagined and will be with me, all of us, for the rest of our lives. Thank you for sharing your story from that day and from the days and years that followed. I wish everyone had the chance to experience it as we had. 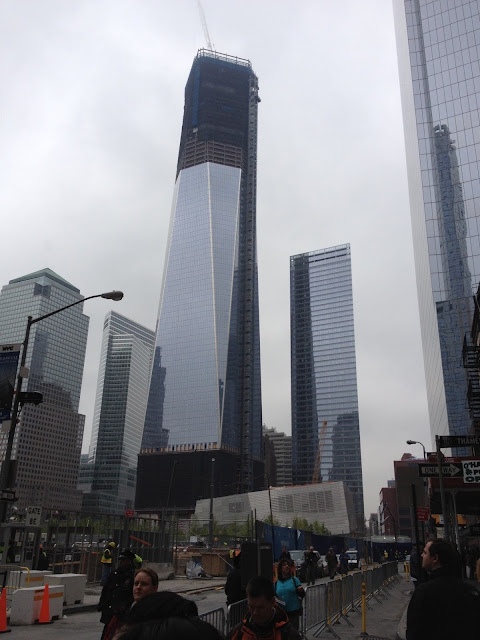 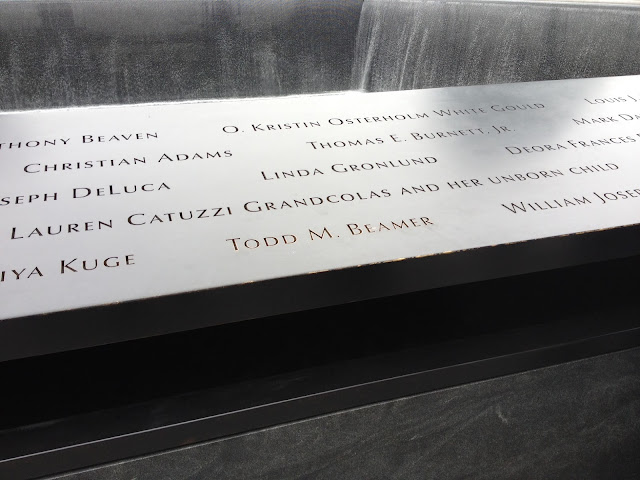 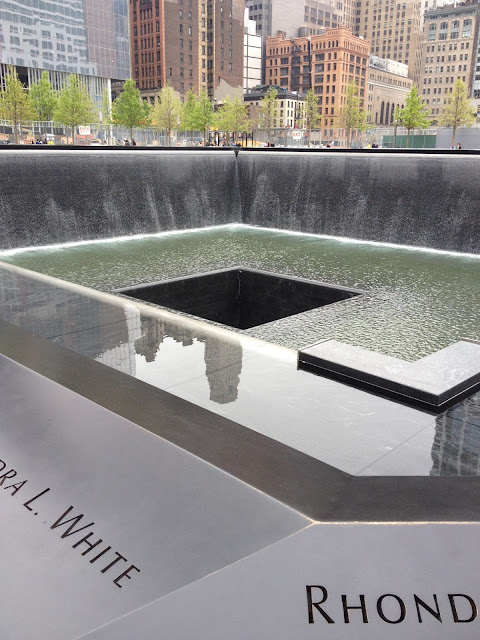 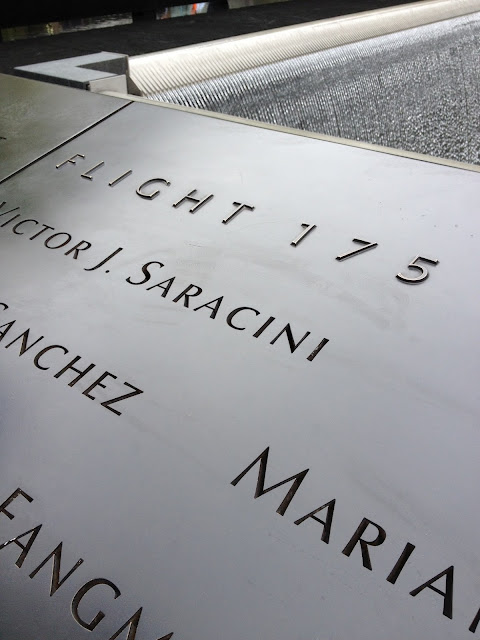 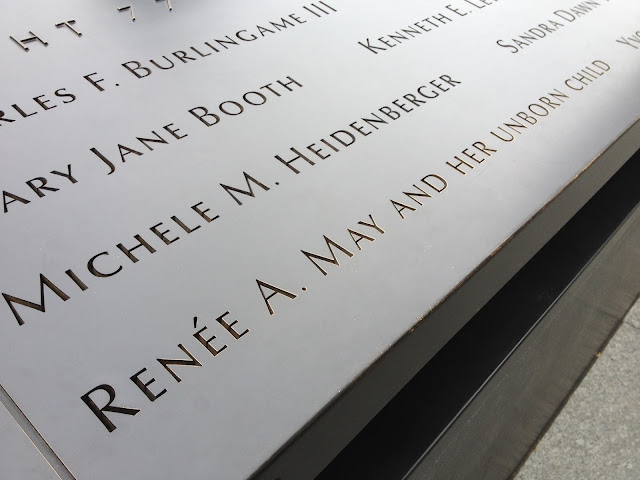 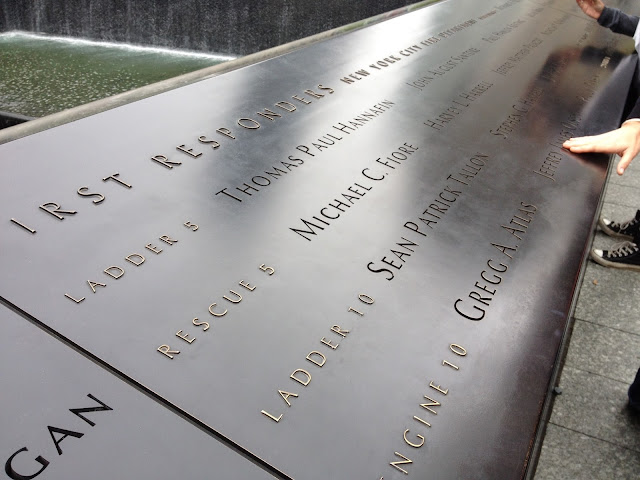 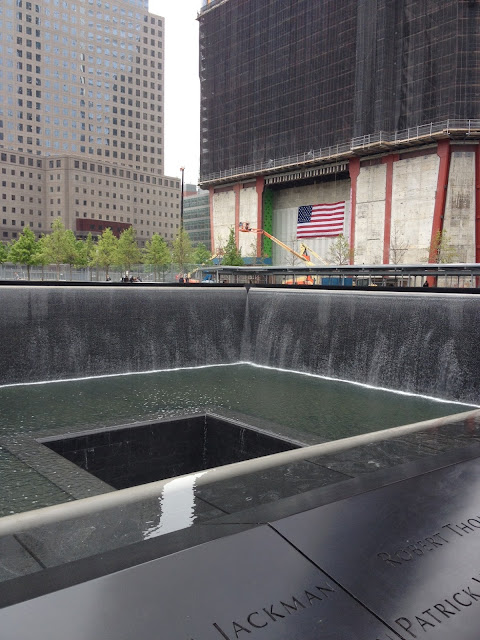 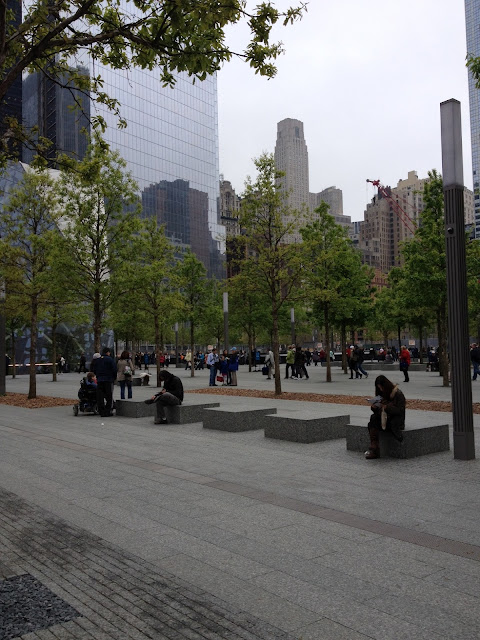 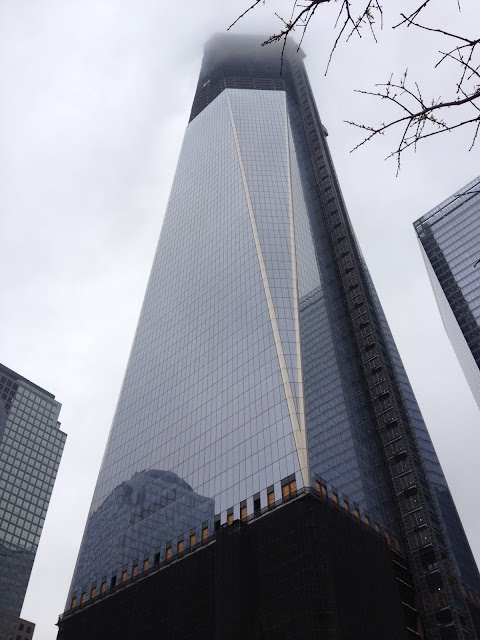 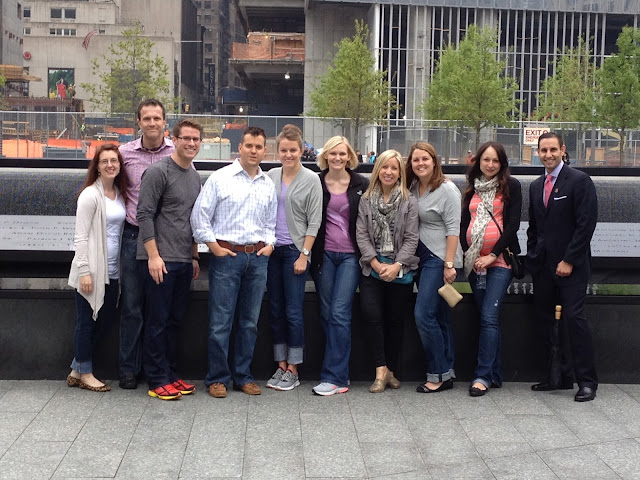 9/11 will forever be etched into our minds. We will each have our own stories to tell about where we were and how we felt and what it meant to us. We will remember the pain and heartache. The fear that fell over us all. We will remember those who lost their lives protecting our country, those who put their fear aside and risked their lives trying to save others, and we will remember all the innocent lives that were taken from their families far too early. But we will also remember the triumph and good that followed. A nation that united together, putting differences aside to lend each other a helping hand.

If you haven't been, it is a must see. The memorial is breathtaking. It is moving. It makes you take a step back and cherish every single moment you have. It makes you cherish the time with your family and it makes you question if you have your priorities straight in life. And it makes you proud to be an American. God Bless.