So here we are. 365 days later and Logan turning one. It is so hard to believe that a short 12 months ago our little Logie entered the world at 7 lbs 11.5 ounces and became the little brother to Kaden, Mommies newest snuggle bug and another shadow for Daddy. 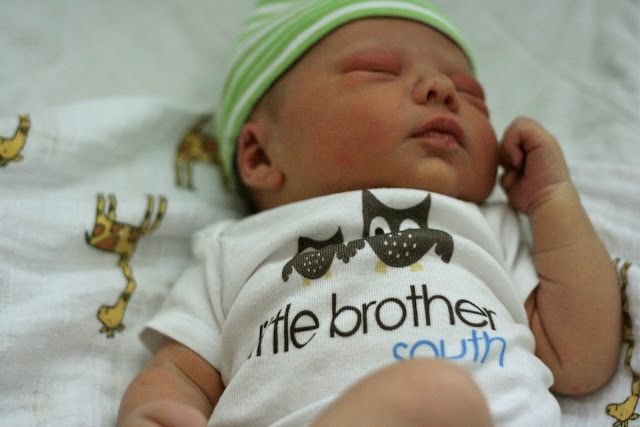 Come tomorrow I will get that weekly email from Babycenter.com and instead of saying "your baby" it will say "your toddler". How is it that Logan is a walking, gabbing, food-inhaling toddler already. And how is it I can be this in love with this little boy? Before Kaden, I never would have thought that a love like this existed but then to think that I had to share my love with another child, how could that be possible? I still might not understand just how it all works but I at least know its possible. They are the two 'things' in my life that know how to make everything else seem as though it doesn't matter. The ones that put this crazy life of ours into perspective.

Life with one child was more than I had ever dreamed about but the addition of Logan made it all that more special. From the very beginning he has been our "easy" child. Kaden is our extremest but Logan, he is always relaxed. If he does throw a little fit, it doesn't last long and he can easily be distracted. He plays well with Kaden but he doesn't mind playing on his own either. He has never once said a word about all the hand-me downs that we make him wear or the fact that he has the same bedding as his older brother did when he was little. Like I said, easy.

He doesn't complain about trying new foods, in fact he often goes for seconds and sometimes even thirds. He dropped formula for milk with no issues and hasn't cried for a bottle either. (Still giving him a few ounces prior to bed in a bottle.) He loves bath time, outside play, eating rocks and taking off his socks. He goes to bed without a fuss and wakes up with a smile on his face and greets me in the morning.

He was meant for us and I couldn't imagine our life without him. Just like with Kaden, I am blessed to have been chosen to be his mother and to help guide him through his life. Life at the South house will be full of interesting moments with Kaden and Logan around- two brothers that couldn't be more different but that love each other like only brothers can.

Happy First Birthday Logan. You have no idea how much joy and love you have brought into our lives. 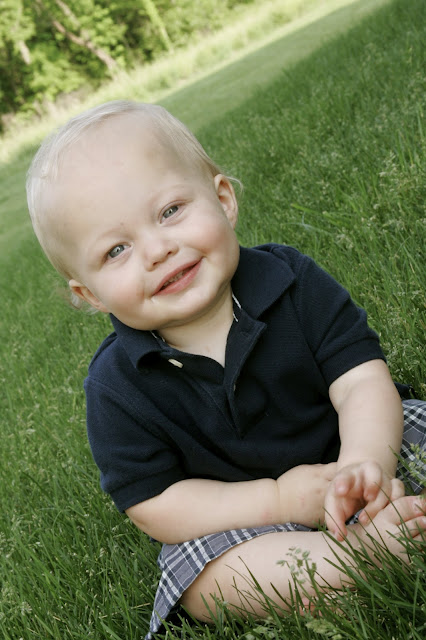 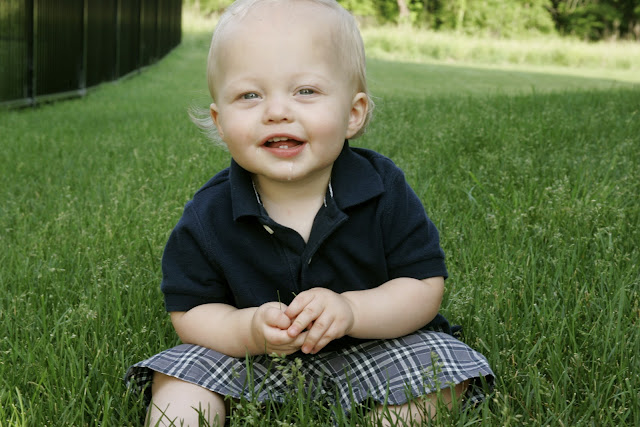 Hop back over tonight because I have a lot to share. Birthday party details and a moving experience from a recent trip to NYC.
Posted by Kayla South at 2:30 PM