1. You can drink. In the streets. And whats a parade without a few drinks.

2. It is packed. Be ready to park and walk and be ready to fight a few of the bigger kids for the candy. It's cool, I'm okay with shoving a few kids out of the way to ensure my little guy gets a sucker!

3. Its loud. There are sirens from firetrucks. There are motorcycles, hot rods, and bands. If your kid doesn't like any of those things, this parade isn't for you. Actually, parades aren't for you.

So back to this year's parade. We had a special visitor join us for the parade. Grandma Sara decided to come up and enjoy the wonderful weather and take in some kilt wearing men too. We also decided it would be best if we left a little earlier than last year and our fingers crossed that the Johnsons would be able to meet us there. (Korie had 19 babies to get through which makes for a very long day. I guess what they say about full moons is right cause she had 22 today…)

Kaden seemed pretty excited about the parade. We had been talking about it all week long and every time we asked him if he was ready for the parade he would give us a big, loud, shrieking, YES! We had no trouble finding a parking spot, it was a little walk but it would make for an easy exit. We loaded Logan in the Baby Bjorn, Kaden and the snacks in the wagon and we headed down to find a spot. We didn't have to go too far and we found a break in the crowd and front row seats for the show. 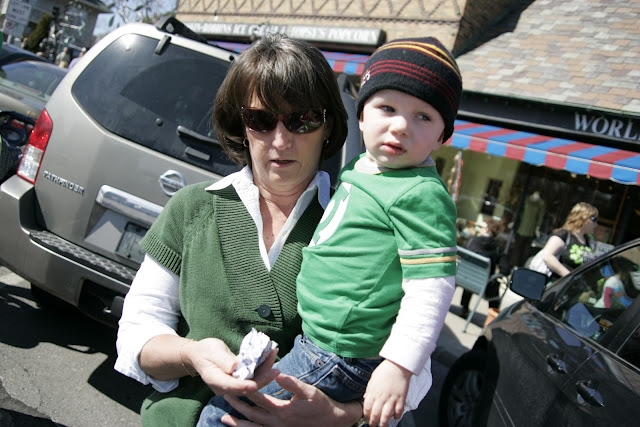 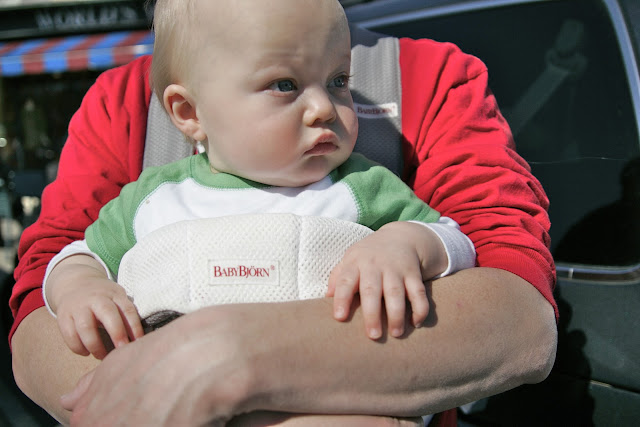 With such gorgeous weather, a parade and Grandma Sara, one would think we had the perfect recipe for  a great afternoon but here is where it all started to go wrong… 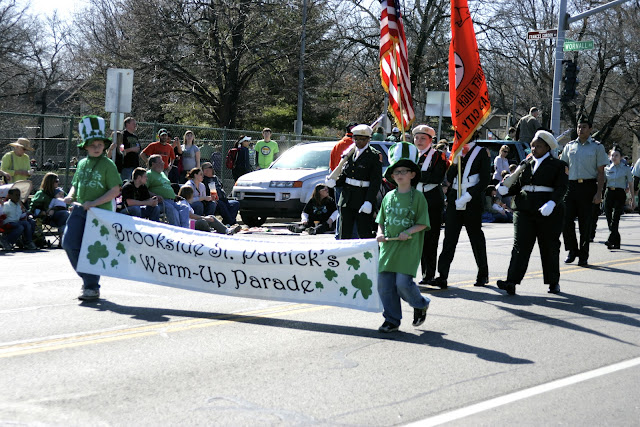 Yup, the start of the parade. Remember the 3rd lesson we learned from last year? Well, we should have known that Kaden wouldn't like the noise. He gets excited when he hears an ambulance or firetruck, but only when he can't see them and thus they aren't all that loud. When they are right in front of him, he pretty much runs for the closest pair of arms and buries his head into your chest. Daddy happened to be the lucky recipient and he and Kaden decided to go off on a walk while we watched... 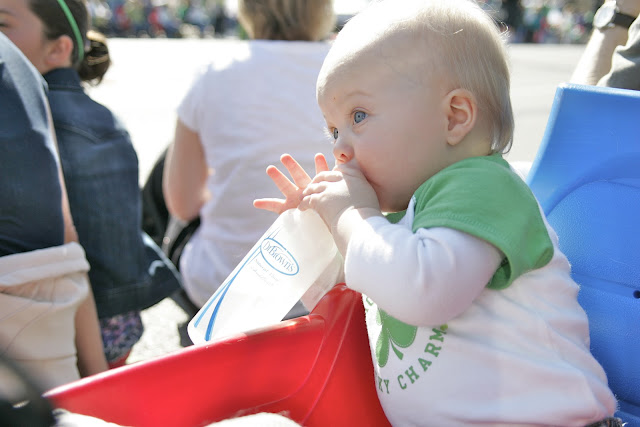 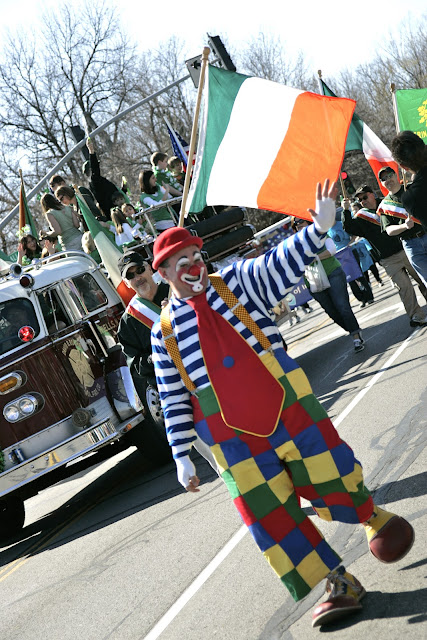 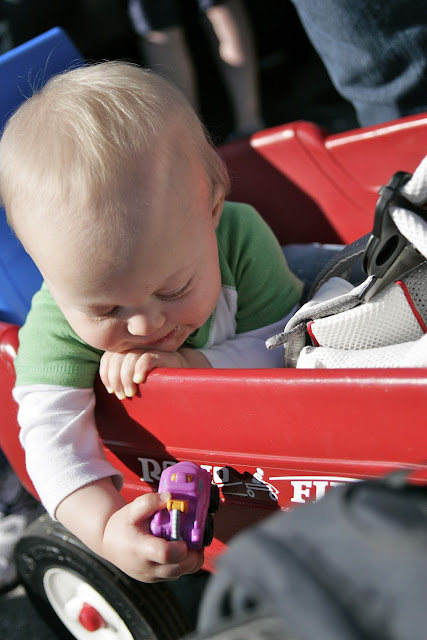 We stuck around for just awhile longer before we decided to hunt down Justin and Kaden. We finally found them sitting about 100 yards away from the parade. Justin said he tried multiple times to move a little closer but Kaden just wouldn't have it. We decided that we had put him through enough and started our walk back to the car. The kid couldn't get away fast enough… 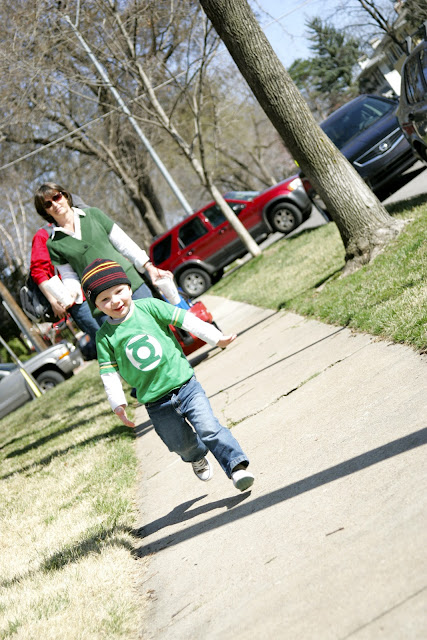 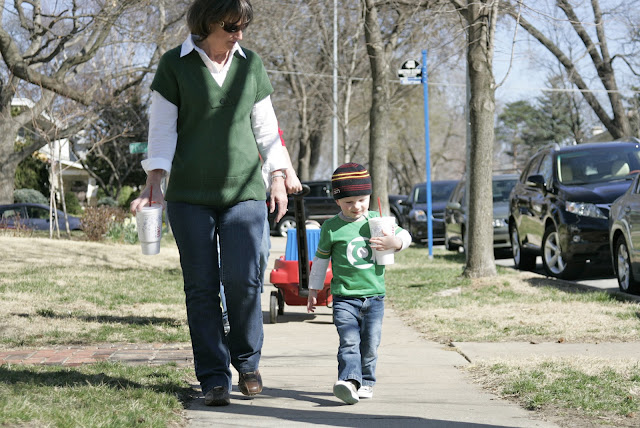 If you asked Kaden if he liked the parade and wanted to go back, he'd say yes without a blink of the eye.  He was all smiles once we got far enough away so we will be back to try it again next year. And you know, we did get to enjoy a very nice walk, Sonic drinks and all.