The Story of Us: {Linked-Up} From Mrs. to Mama

Next week is going to be jammed packed--which will be no different from this past week. It was from KC to Orlando back to KC to LA and back once again to KC, all in a weeks time for this traveling, working mama. It was great to get out on the road but I certainly missed my family. A LOT. And since next week will be just as busy with work (only one trip in my near future though) I thought I would get a jump start on Valentine's Day. I was perusing a couple of my fav blogs while sitting at the airport yesterday and ran across Erin at Blue-Eye Bride who {linked-up} to From Mrs. to Mama for this fun little survey. Thought this was a perfect way to tell our little story…
1. How long have you and your significant other been together? We met when I was 18 and he was 19. Had a rocky start but we count it. So lets see, that makes 11 years. Wow, that not only seems like a really long time, it is a really long time! 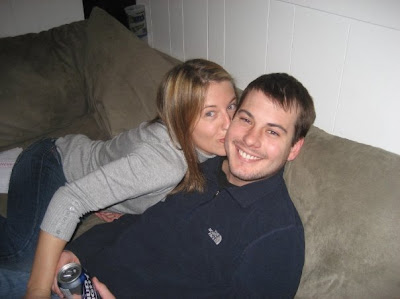 2. How did you meet? {What's your "love" story?} We met after Yell Like Hell at the Sig Ep after party. He asked where I was from, I told him the name of the town and then he asked if I knew of a certain someone. My roommate, Ashley and I just looked at each other and laughed. He had just named my ex-boyfriend and it so happened that they lived next to each other their freshman year in the dorms. He proceeded with "You're the girl that he went home to see every weekend!" I remember being on the dance floor with Bombs of Bagdad blaring over the sound system and the floor moving from so many people jumping up and down. We flirted a little, said hi when we ran into each other around campus but it didn't grow into anything more until months later. 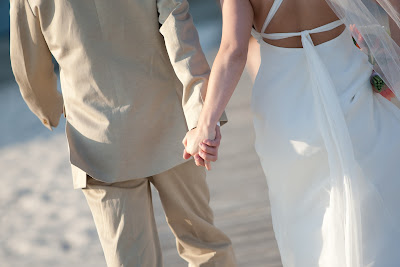 4. If you are married, where did you get married at? Big or small wedding?  If not, where would you like to get married? And will it be big or small? The first wedding took place at the Olathe Courthouse. We wanted to get the paperwork done and out of the way. Turns out, it was very emotional and very moving-even if it was with 3 witnesses and in front of a palm tree.


The second wedding, kind of like a vow renewal, was on the beach in Orange Beach Alabama. We had about 60 of our closest friends and family there with us. We spent an entire week at the beach and on a Tuesday we had the wedding. It was amazing. **My parents (along with the majority of the guests) weren't really aware that the first wedding took place until a number of years later. 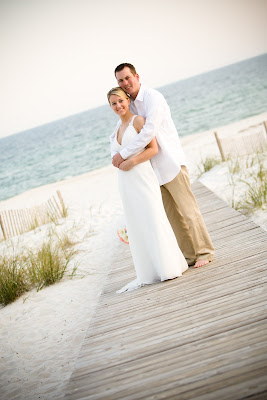 5. Do you have any nick-names that you call one another? Do share!
No real nick-names, just "honey".


6. Name 3 things you love most about your honey. The love that he has for me and the boys. I never doubt it for a second. How big of a mama's boy he is. He may put up a tough fight but he can never say no to that lady. It makes me realize how lucky I am to have boys of my own. Last but not least, his amazing cooking ability-we will never go hungry. 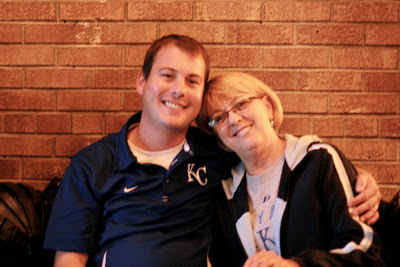 7. Tell us how he proposed? Or your ideal proposal? It was my 25th birthday. We attended the Mizzou, KU basketball game at Mizzou arena and afterwards had dinner at Les Bourgeois. We had the only table in the restaurant that overlooked the entire dining room. We were eating dinner and talking about our future when he pulled out the ring. I was a little caught off guard. Found out later that he had been carrying the ring around in his pocket for over 4 months! 4 months! Guess it wasn't burning a hole in his pocket! In the end, it was perfect and I am glad he waited.

8. Is he a flowers and teddy bear kind of guy for v-day, or strawberries, champagne, and rose petals? None of the above. He brings home flowers for no good reason except to say "I love you" all the time.


10. Tell us one thing you'd like to do with your significant one day. If you could do anything? Go anywhere? I would either like to go to Italy, Greece and France or go to Africa on Safari. Take off just the two of us (when the kids are grown) and be those parents that are calling their kids from far off places to check in before we head off on our next adventure.

11. Tell us what you plan on doing on this Valentine's Day. Since Valentine's Day is on a Tuesday and we have meetings at work, we will be celebrating this weekend. It will be a birthday/Valentine's Day celebration. A little Kona followed up by some dessert at the Melting Pot and then a hotel on the plaza. Then we are headed to Columbia to take in a little MIZ-ZOU basketball. Thanks to Grammie Janet for watching the boys!

12. Are you asking for anything this Valentine's day? Just a extra lovin' from all my boys. 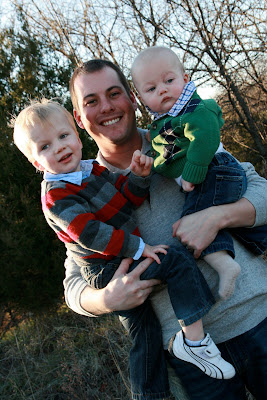 13. Give us one piece of advice of keeping a relationship strong and full of love. Take advantage of babysitters, especially the free ones, and have a date night once in awhile. It is amazing how quickly you can get caught up in every day life and forget to take time out for each other. 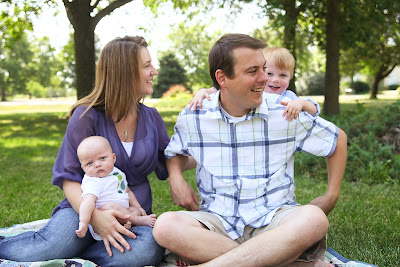