It seems like yesterday that I started my ten day countdown for my birthday and yet here we are, ten days after and I am not sure which way is up, down, left or right. The days have all ran together and I am flat out exhausted. And just when you get excited for the weekend and to have a little down time as a family, the calls start coming in. House showings and for the next hour we are running around like madmen picking up toys, straightening pillows and spraying the crappola out of the Fabreeze before loading the boys and the dogs up and heading over to the MILs. Like I said, EXHAUSTED.

So I thought that I would take a quick second before I pass out on the couch and let you know what we have been up to, besides showing the house...

I mentioned that for my birthday Justin got me a new lens. I have used it for a couple of the shoots that I had this weekend and on the dogs. Speaking of dogs, I don't think we give these dogs as much credit as they deserve-they are amazingly gentle with our boys. They follow the boys everywhere. Partly because they love the boys but mainly because they are hoping for food crumbs to be left behind. Their biggest fan, Kaden. Everyday when we leave the house he yells "Bye Stoli, Bye Brodi." One more thing that he does that just melts my heart. And our home, just wouldn't be a home without them. 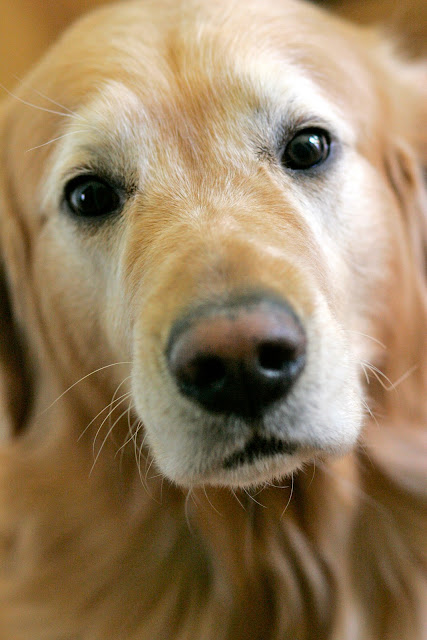 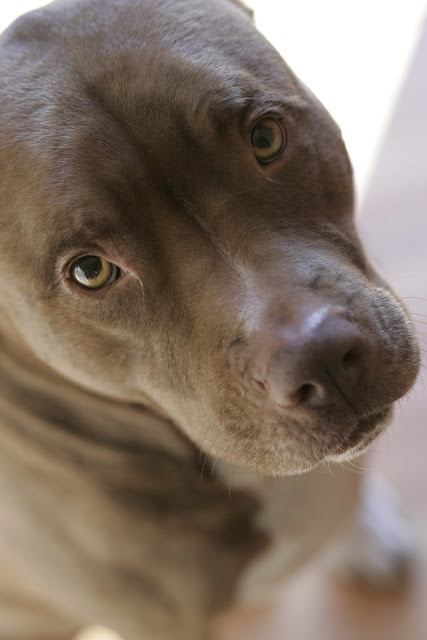 A friend and fellow blogger over at miss priss {lil sis} and me found a great way for little kids to "paint" toast on Pinterest and when she blogged about it, I filed it away in my save-that-for-a-rainy-day folder. Well it wasn't really rainy, heck it wasn't cold either but it just seemed like the perfect time to paint some toast. We pulled out a few glasses of milk, dropped a few drops of food coloring in and Kaden began painting his edible artwork. And he just couldn't waste any of the milk, he had to finish it off all by himself. Thanks Kendra for the great idea and for always sharing all of your great ideas too! 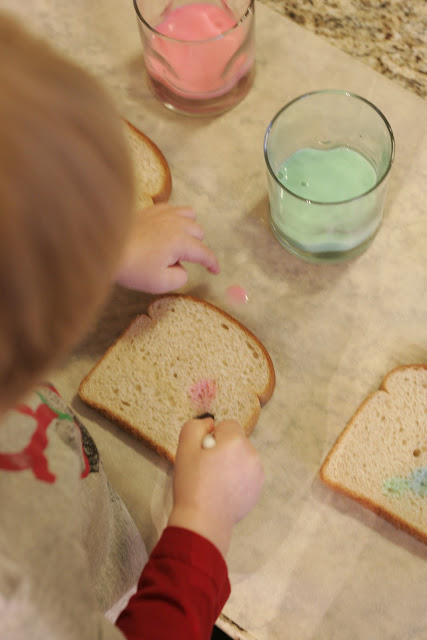 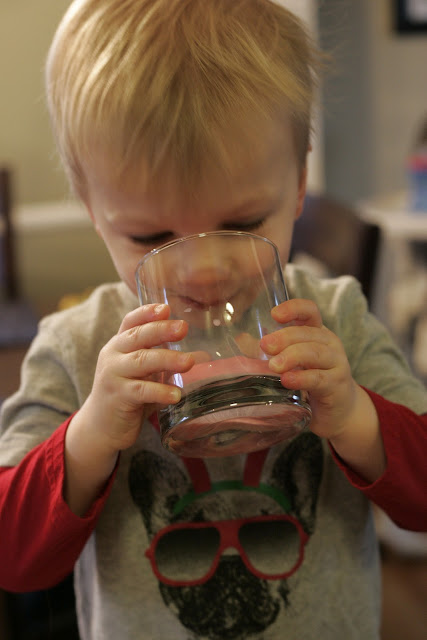 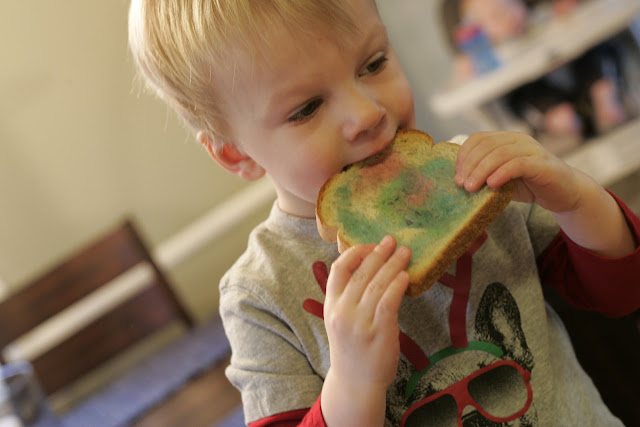 Lately, Kaden has developed an even bigger personality. Is that even possible?! He still allows me to pick out his clothes but when it comes to his hat and his shoes, its all him. One of these days, I won't get any sort of say… 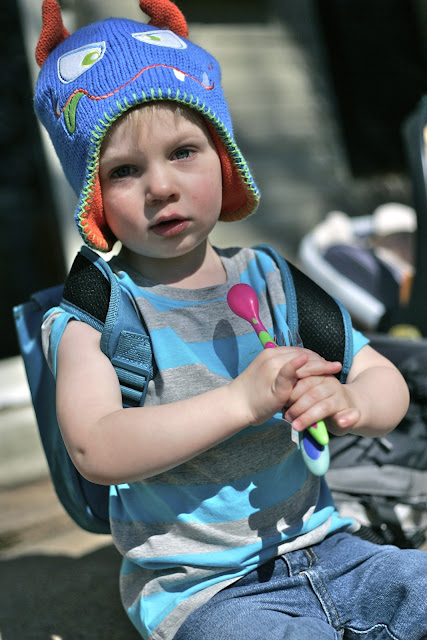 Funny thing is, he has hated this hat for about 3 months. I tried to get him to put it on, NOPE. Wanted nothing to do with it. I just tossed it aside with all the others and now, he won't take it off. Guess he just needed it to feel like it was his bright idea all along. Typical man for you! Oh and what this picture doesn't show, his bright yellow rain boots which just happen to be on the wrong feet!
Logan has two of the BIGGEST teeth that I have ever seen coming in on top. They both have finally broke through so he is sleeping a little better now but the drooling is at an all time high. And last week, the little guy was a little wobbly trying to walk back and forth along the furniture but not this week-SPEED DEMON. And the stairs, those are a thing of the past. He is starting to wave bye-bye, not sure he knows what it means but he at least has the motion down. 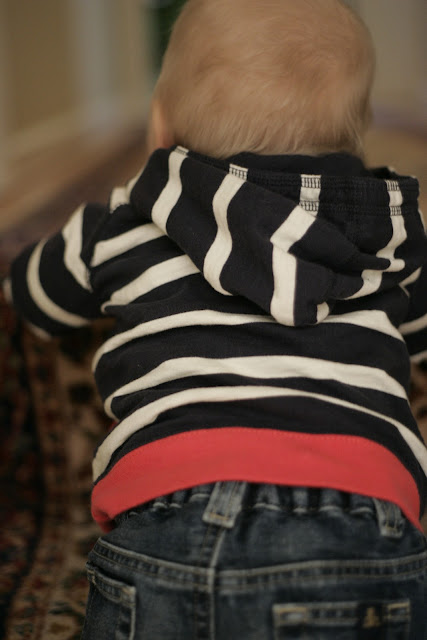 The past three weeks have brought three work trips, a number of house showings, a thirtieth birthday and some wonderful outings with friends and the boys. Its been busy. Good busy but busy. And I won't lie, I am looking forward to a week with no travel and a little road trip back down 71 to Papa Tom  and Grandma Sara's with the boys this weekend. This mommy needs to be taken care of by her mommy!
Posted by Kayla South at 9:33 PM