Logan turned E.I.G.H.T. months old today. I've said it every month and I will say it again, how can he already be this old? Didn't we just bring him home from the hospital? Maybe I feel this way because he is my baby, my sweet little chunk of a baby. But seriously, he is getting too big, way too fast. Can someone please hit the pause button and slow this first year down a little!

He continues to be a happy and content baby. So much so, that I often wonder what we did to deserve such a wonderful little guy. He literally doesn't cry-Unless it's 3 o'clock in the morning and we are letting him "cry it out" and then he just cries and cries and cries a little more. In the end, I give up, he wins. I truck my tired behind downstairs to warm bottle so that we can all go back to sleep for a few more hours. But it's kind of hard to complain when that is really the only "issue" that we have. 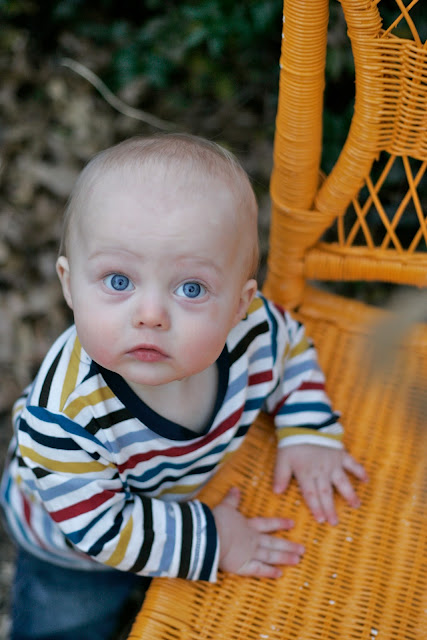 Logan has been a busy boy. Over the last month he has sprouted another tooth making a whopping grand total of TWO. We have left the army crawl behind and have decided that crawling on all fours is totally the way to go. And now when he reaches his final destination or whatever pitstop along the way, he pops right up to standing position. He then looks up at us, proud as can be of his newest accomplishment. This past month has been full of firsts but nothing can compete with a simple little game that he has picked up on. Peek-a-boo. And there isn't anyone in the world that can make him laugh like his big brother, Kaden can. The biggest and most contagious belly laughs I have ever heard followed shortly by the pure joyful giggles of a 2 1/2 year old. Fills my heart with contentment each and every time.

Not sure if anyone else has been counting but I sure have. We are officially down to 4 months until the BIG FIRST BIRTHDAY party and it is time to really get cooking on the party planning. Granted I already had lots of ideas pulled together but it wasn't until this week that we finally decided on a theme. We picked out and ordered the smash cake from MoMo Roo Handmade Creations by Shanna, along with a few other items. And the rest of the food and decorations are pretty much planned out too so now it all comes down to making sure it is executed perfectly to a one year old's standard. Can't wait to share a few of the details as we get closer to Logan's big day!

Here are a few more pictures from a SUPER mini photo shoot today, it was literally like 5 minutes long since we didn't have too much sunlight left after I got home from work. Tomorrow we will be going back out for a few more pictures and for the all important "8 month" picture. Here's hoping that tomorrow is half as nice as it was today. 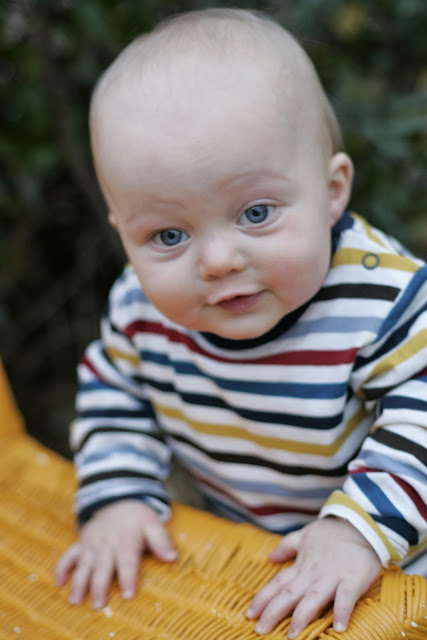 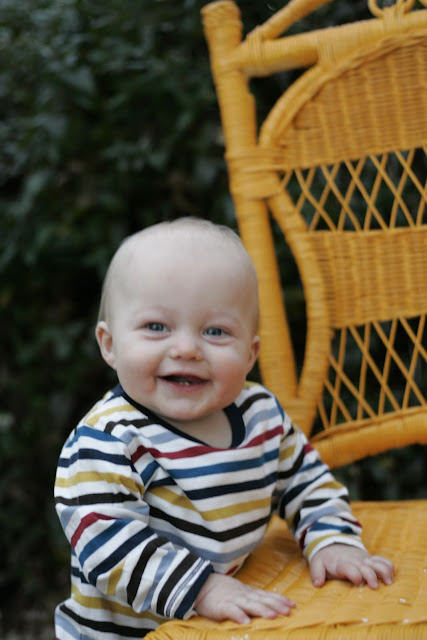 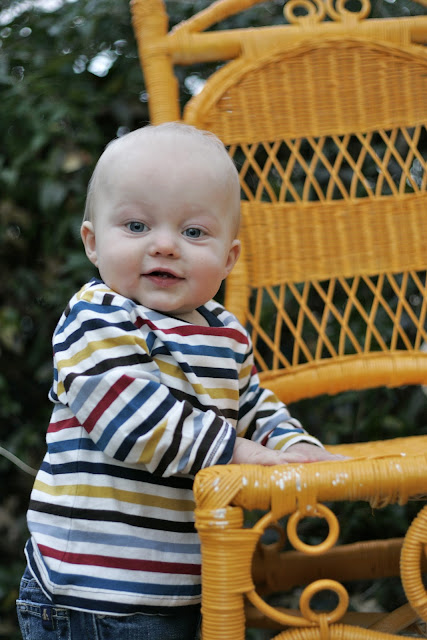