I'll admit, since the last few posts have been about Logan, it has given me the feeling of favoring one child over the other. And I know, no matter how hard I work at trying to be equal and fair to them, it will never come across that way. It is impossible and I might as well learn to accept that. However, right now at this moment, I can and I choose to give Kaden a little post all to himself! This afternoon Kaden decided that he wanted to have lunch out of the highchair. You see, he never sits in the highchair, he is either sitting in one of the chairs or on the bench seat that we have but never in the highchair because Logan is almost always there. Must have been his lucky day, Logan was down for an early nap and there it sat, empty. As soon as he got in the chair he crossed his feet. From the moment he was old enough to sit in the highchair he crossed his tiny little feet at his tiny little ankles. Might just be one of the cutest things that he does. On his first birthday, Janie Jones of Janie Jones Photography, captured the below image… 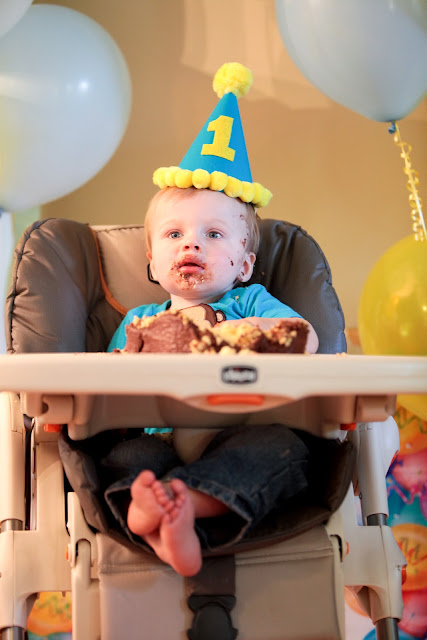 Look at those piggies! I could just eat'em. Today, I snapped a similar picture. Still cute even 16 months later! 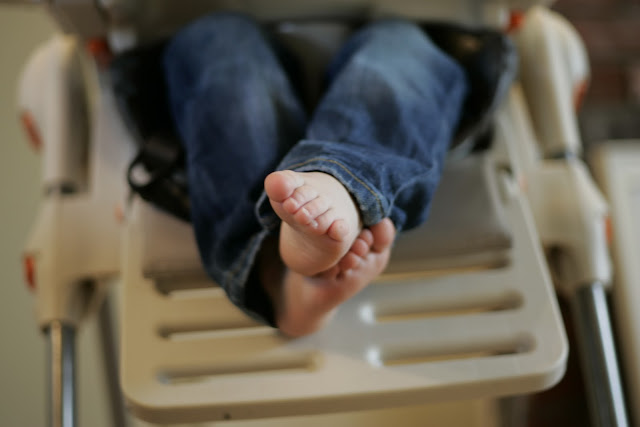