Its been 365 days since Grandpa Earl passed away. I can remember it all so very vividly-sitting next to his bed holding his hand. The countless hugs and tears that we all shared as a family. The amazing 21 gun solute in the frigid weather as we said our final goodbyes.

In the years leading up to my grandpa's death his mind was a wondering. He didn't always remember who I was but once my mom told him, you could see it in his eyes that he knew. He found a memory and was latched on. There were two visits that stick out most in my mind when thinking about Papa Bob and I thought I would share them. The first actually happened by chance. I had just arrived at the office my mom works at and Grandpa just happened to be sitting in the waiting room. I walked over gave him a hug, sat down and we started chatting away. When it came time for him to leave he stood up, shook my hand and said "It was nice speaking with you young lady." It was then I realized he didn't know who I was. I told him my name and who my mom was and his cheeks got a little red. He was embarrassed but it really didn't phase me. We sat there carrying on the same conversation that we would have had if he had known who I was. That was the kind of man he was. Always kind and willing to talk to a stranger.

The second visit took place in his home. A home that was just down the street from the house I grew up in. One I visited frequently. One where he taught me the game of pool all while my mom sat getting her hair done. Kaden was about 6 months old and we were down for a quick visit. We stopped in to say hello. He knew who I was this time but when I brought Kaden over you could tell he had a look of concern on his face. The next words out of his mouth-"Kayla, are you married?" That was the kind of man he was. Straight to the point, never dancing around the question he wanted to ask. 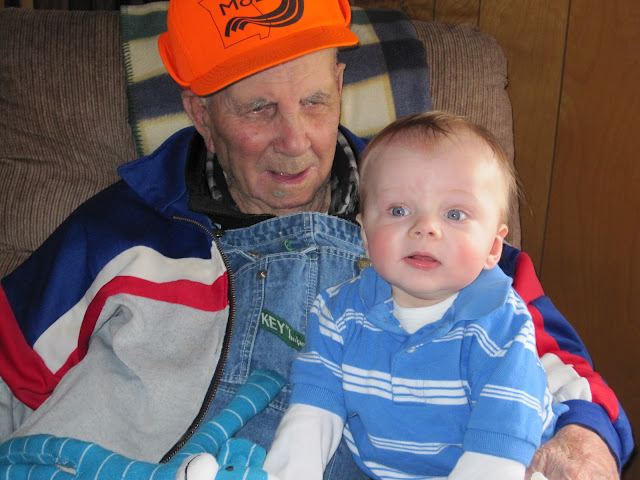 I am lucky to have been able to introduce Kaden to Papa Bob and so very blessed to have been loved by him for 28 years of my life. I will forever cherish these pictures and the memories that I have of him.

Speaking of pictures, you see those overalls well I just happen to have a bunny that Grandma Earl made from his overalls and a few of his shirts. This bunny sits on top of Kaden's dresser and watches him sleep, just as Papa Bob is in heaven watching down on all of us each minute of every day. Words don't express just how much we miss and love you. 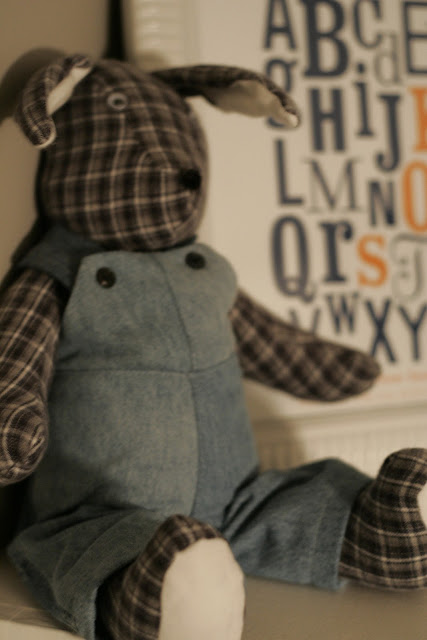