We sometimes tend to be an indecisive family. We love doing things with friends and family but since both kids are pretty laid back, we like to let whomever we are with choose what we do.  But when it came time to pick a date for Logan's baptism, we had no trouble at all-then again, it was kind of all about us. Okay, so not really all about us but really about Logan. With Kaden we were WAY behind the 8ball when planning his baptism, he was 14 months old when it all finally shook out which happens to be almost exactly a year ago today (October 3rd, 2010) that he was baptized by Father Cullen. (You can read about it here.) And a year before that (October 4th, 2009), Cousin Colton was baptized by Father Cullen.

My worries today didn't lie with Logan. I had no doubt that he would be the content baby he always is. My worries, however, were with Kaden. I was worried that a two year old would have trouble sitting through an hour of Mass, follow up by an hour or more of Logan's baptism. I was worried that he would forget to use his inside voice and fellow church-goers would get annoyed. I should have known, just like any other big moment, Kaden exceeds all expectations. He had his moments and ended up leaving the baptism a few minutes early with Grammy but he did AWESOME for such an active and inquisitive two year old.

But back to the man of the day, Logan Beckett. Today was his special day. Today was the day that he would be welcomed into the Church by Father Cullen. Alongside his God Parents, Jake and Jennifer, we vowed to show him a life of Christianity. To lead by example and to put our faith and his faith above all. To provide an avenue for his faith to continue to grow with God and to be there to support him at each milestone in his life. 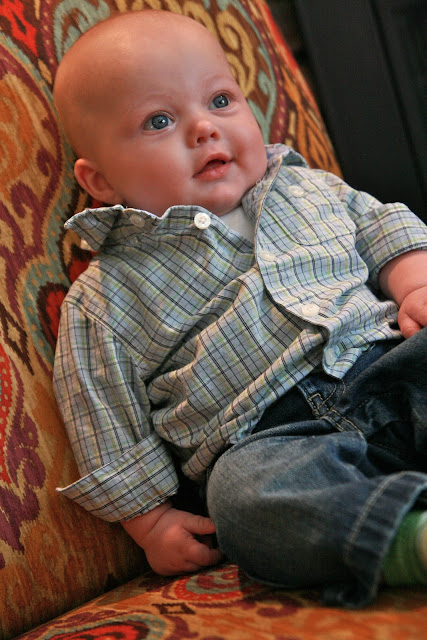 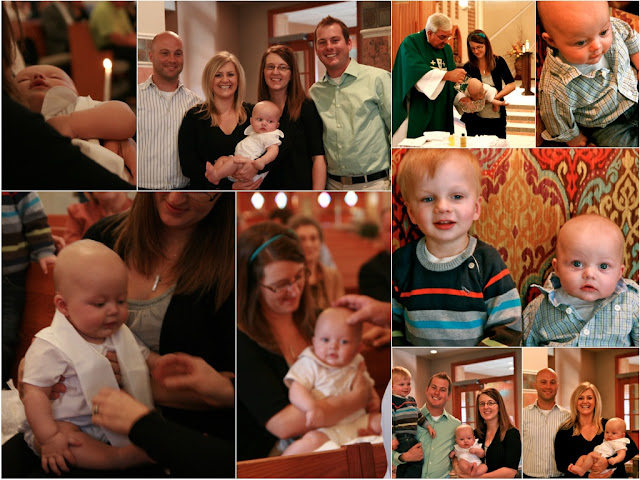 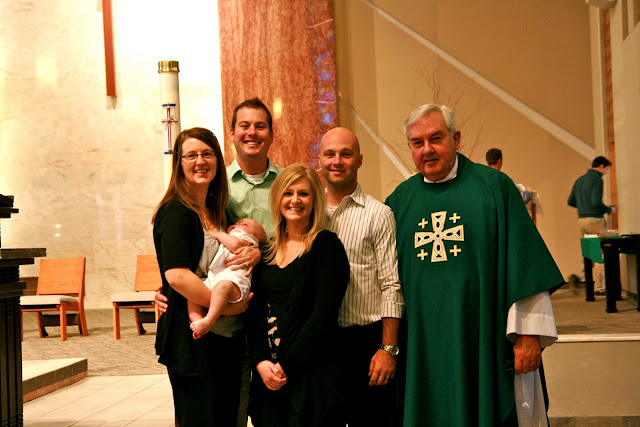