With the busy weekend behind us, I figured I should take a moment and play catch-up. So here goes a little bit of everything.

On Saturday before your pumpkin patch hunt, we headed down to Bentonville to watch my oldest nephew, Brett, play a little football. Junior High football is nothing like it use to be. They play on astroturf field-turf (according to my husband-thanks honey for that correction). They have some pretty cool uniforms. And the kids, well they look like they could be seniors in high school and this made for one nervous aunt. He got playing time on both sides of the ball but shined on defensive. I might have been nervous but I was also very proud and I made sure Bretters knew it. Yes, I cheered for him and it may have embarrassed him but he gave me a little wave. 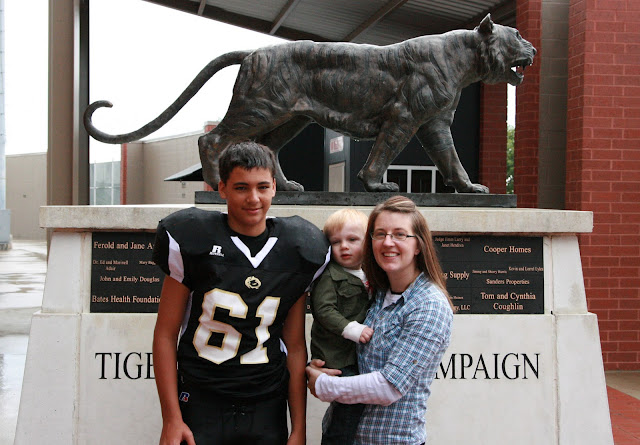 I know, thirteen and six inches taller than his aunt-embarrassing! 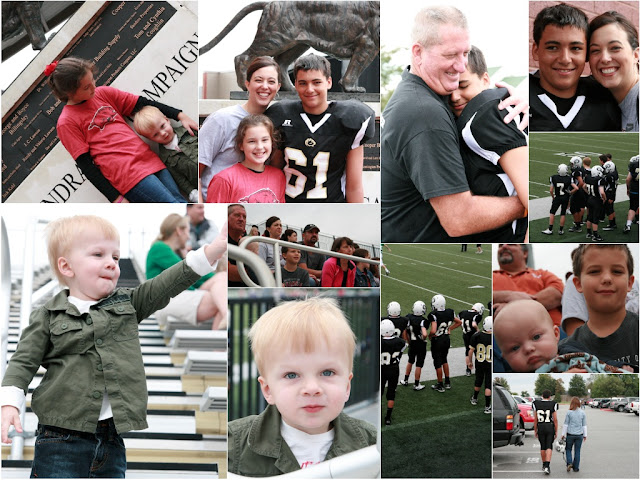 My SIL makes the best cake pops EVER and I was dying to learn how to make them. I hope to be able to make Logan's cake out of them for his first birthday. Yes, you heard correctly, Logan's First Birthday, I am already starting to plan. Mom bought everything we needed but then we decided to try something new, we wanted to put them on sticks and see if we could use green chocolate. What a mess! It was an adventure to say the least and halfway through, we decided to go back to what we knew, almond bark. For the first attempt, we did pretty good. They were yummy and didn't look half bad either! After a few more attempts, I might just be ready to take on the first birthday! 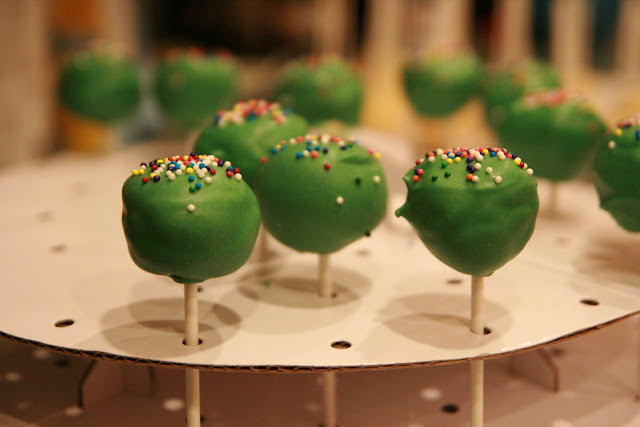 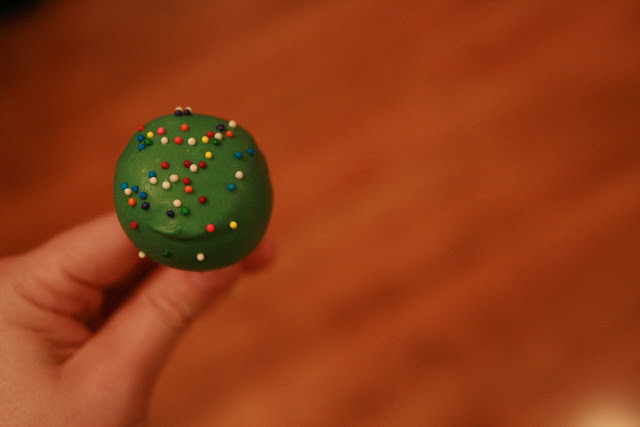 Kaden is a kickball KING! According to the doctor, a two year old should be able to run and kick a ball without stopping-CHECK! He played kickball with Grandma Sara on Friday afternoon. With Papa Tom and Grandma on Saturday. With Uncle Zack on Sunday. He played it inside and outside. 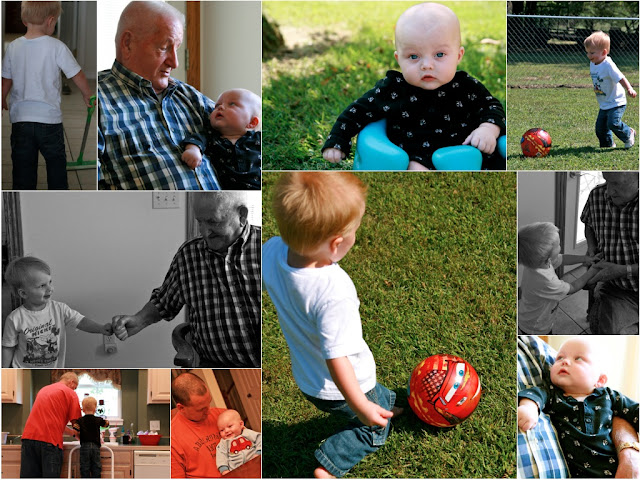 Last Wednesday when we got home from work and before heading out to The K, we found a HUGE box at our front door. When it comes to online shopping, I can compete with the best of them and often packages are showing up that I completely forgot about or lost track of but for the life of me, I couldn't remember ordering anything this big. It took both Justin and I to get it in the front door and while Justin was holding down the fort this weekend, he put it together. Kaden came home to a NEW train set and table. Some very special people sent this to him for his birthday-you know who you are! You guys are some of the best friends anyone could ask for and we are lucky to have you in our lives. Kaden hasn't stopped playing with it and I won't lie, Mommy and Daddy kind of like it too!! 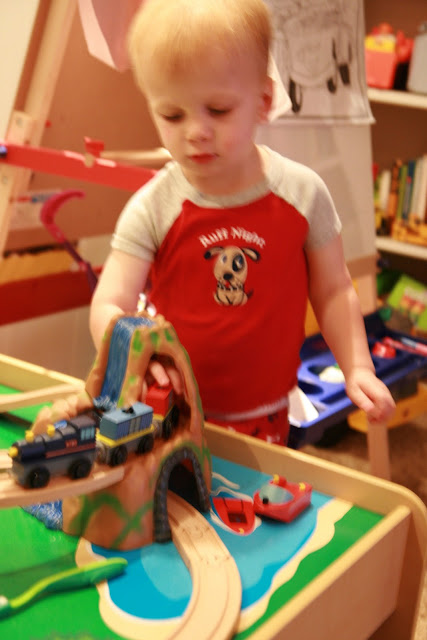 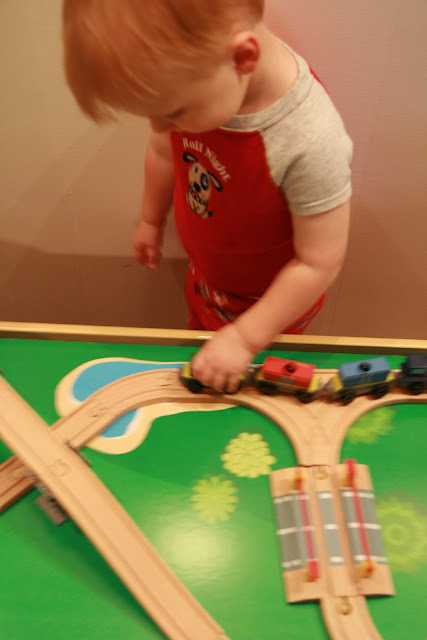 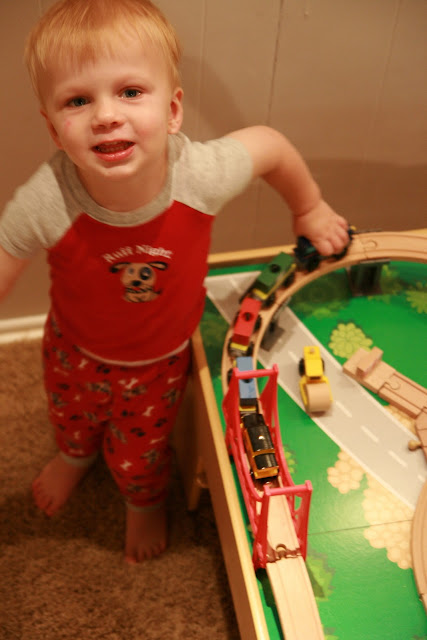 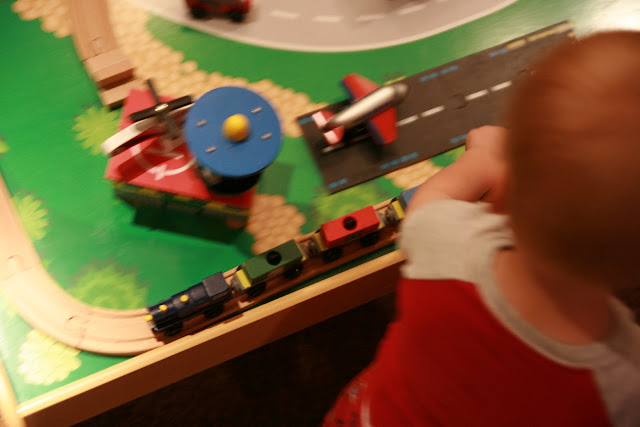 Last but certainly not least, Kaden's love for Cousin Colton. We watched the Chiefs game at Grammy's on Sunday and the boys were determined to both sit and ride on the toy car. They were much more entertaining than our beloved Chiefs… 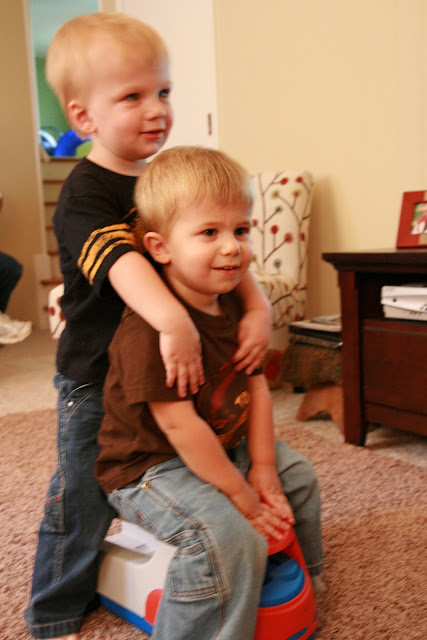 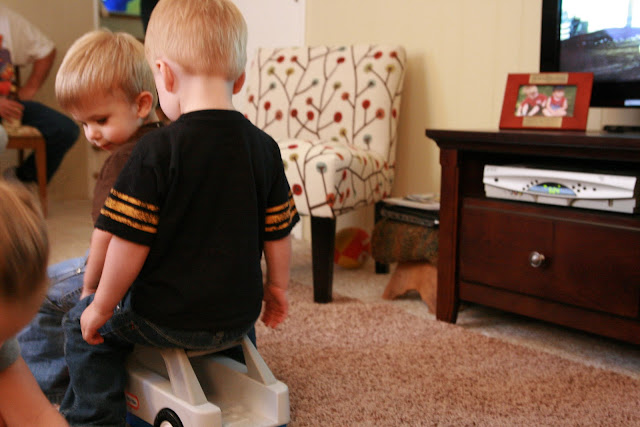 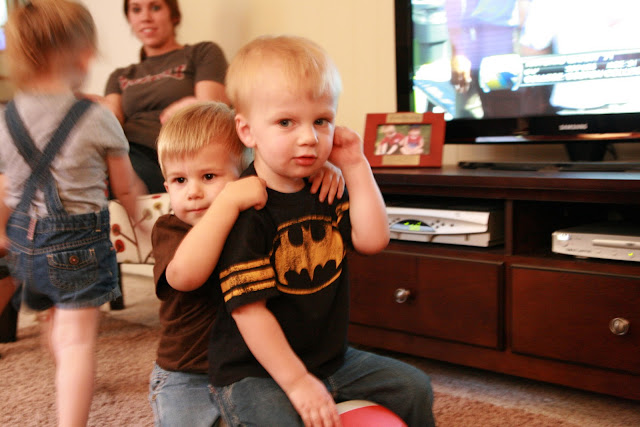 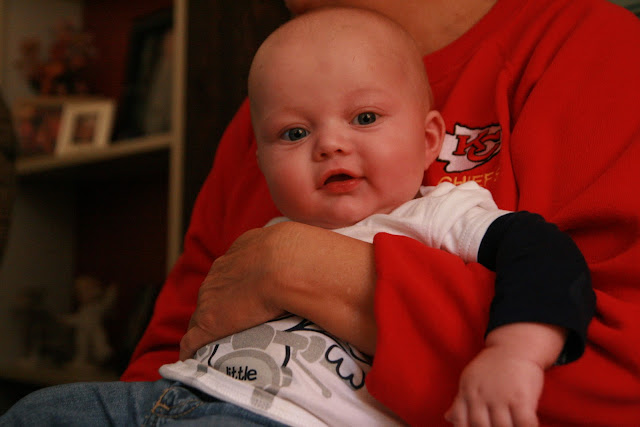