Take Me Out To The Ballgame.

I love how last minute decisions turn into some of the best decisions and make some of the best memories. And this last minute decision did just that. The Royals were hosting the Tiger's for their last home game and we felt that we need to give a proper farewell to the 2011 baseball season. Some people would argue that we aren't that lucky since we are fans of the Royals but that couldn't be farther from the truth. Personally, I think we are some of the luckiest fans in baseball and I'll tell you why. Where else in MLB can you jump on StubHub or any other online ticketing site the day of the game and get 4 lower level, under the awning, right at the beginning of the outfield for just $35 total! Including a processing fee and a printing fee. If you did the math (had I provided all the numbers of course) that would come to a whopping $4.99 per ticket! And as my MIL would say "They were GIVING them away!" 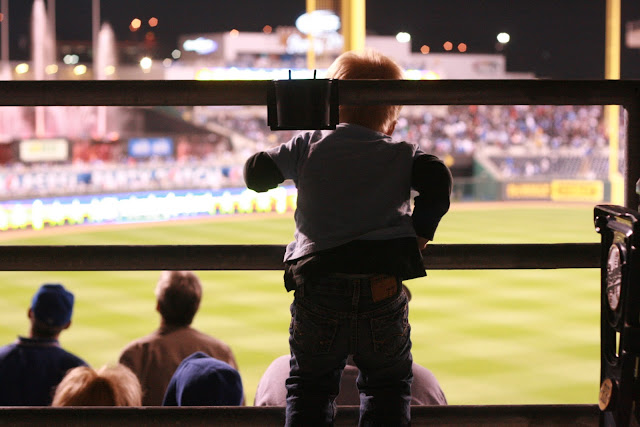 We loaded the kids up, picked up Grammy and headed out to The K for a family night of fun. We had hot dogs. We ate peanuts and Kaden took care of tossing the shells on the ground for us. We had funnel cake sticks (one of, if not the best invention ever!) We watched as Kaden shook his tail feather to each and every song that was played as the next batter approached the batters box. We did baseball. And we can't wait for the 2012 season. Even if our Royals aren't the best team in MLB at least we get to take our kids out to the ballpark on any given game day and enjoy America's favorite pastime. Wouldn't trade be a Royal's fan for anything. 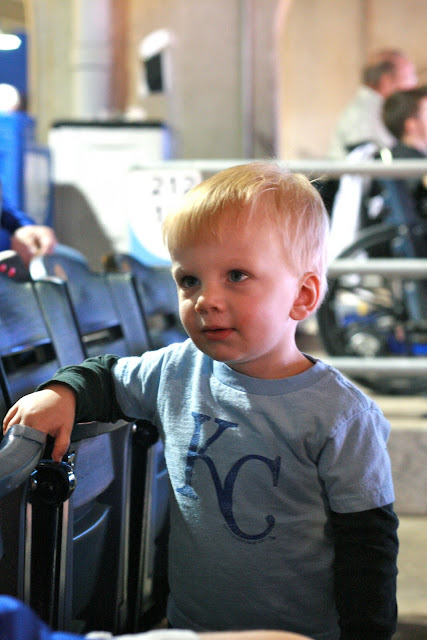 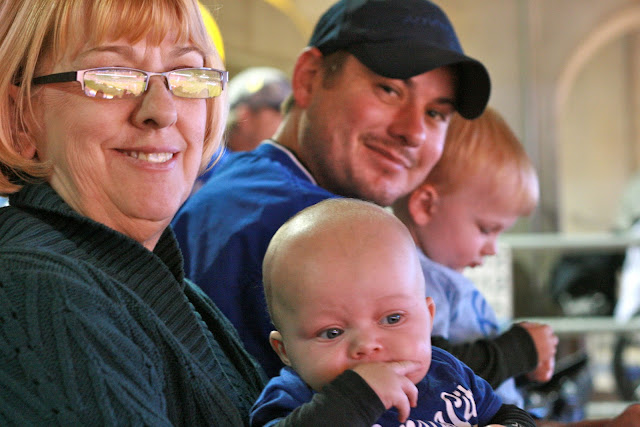 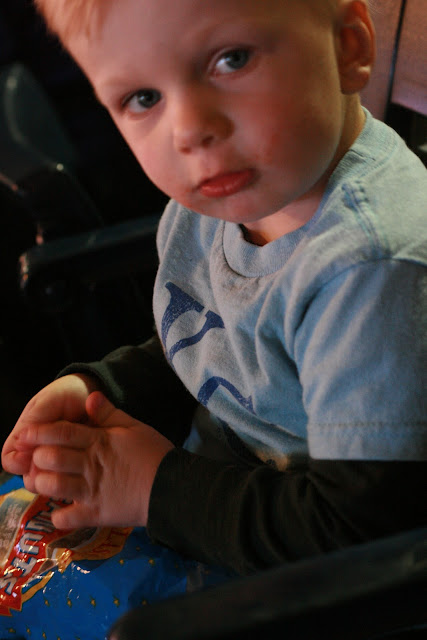