I didn't know the Circus was coming to town until last Monday but as soon as saw the commercial for it, I knew what our family activity for the weekend was going to be. I emailed a few friends, they were in. I emailed Grammy to see if she would watch Logan, she was in. I bribed Justin, he reluctantly gave in. All week long I talked about seeing elephants and tigers and clowns and Kaden would give me a big loud "YEA!". Pretty sure he didn't understand an ounce of what I was saying or where we were headed but that was okay, I was definitely excited enough for both of us.

Saturday came and while I was on a photo shoot, Justin held down the fort and made sure that Kaden got some shuteye in before we headed down to the Sprint Center. We arrived just as the doors were opening up and we headed straight for the center ring for the pre-show. Kaden got to get his picture with a man on stilts, he got a tattoo and he even got to watch an elephant paint a one-of-a-kind picture. We made our way to our seats and shortly after finding them the show began. Kaden bounced from Justin's lap, to my lap, to sitting in his own seat and even standing up BUT he never got bored. He LOVED every minute of it and when it came time for the show to end, he stood there and said "Bye-Bye" to circus.

For me it was more than just taking Kaden to the circus. It was about making memories. It's about letting his imagination run wild. About taking time to just enjoy the simple things in life and let your kid be a kid. Watching as his eyes open wide in amazement, as he jumps and dances with excitement and how he never missed an opportunity to clap and show his appreciation. As I sat back and watched all this take place there were moments that my eyes got a little teary but a tear wasn't shed until I saw Justin with his arms wrapped around our son, pointing and telling Kaden all about what was going on. My heart melted. In that moment, nothing else mattered-this is what life was all about. 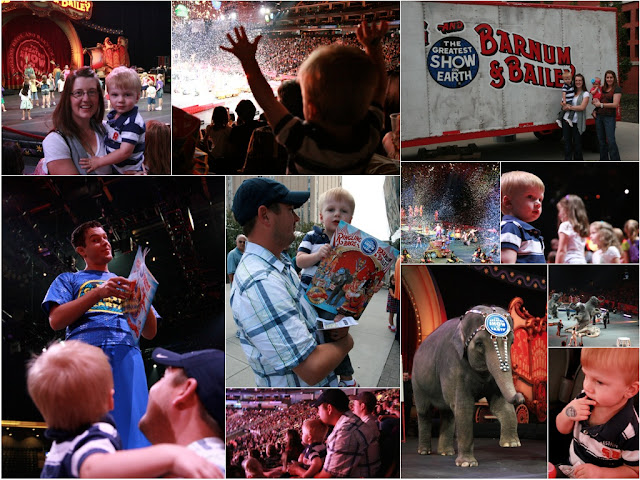 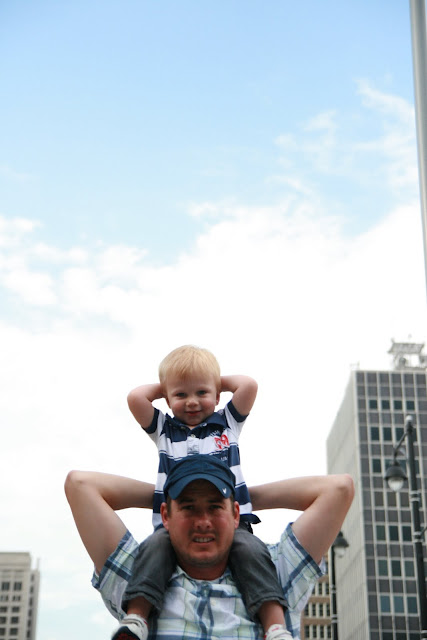 So glad I caught this, Kaden is such a HAM!
Posted by Kayla South at 9:30 PM