It has been one of those weeks. Not too much happening for individual posts so I figured I would just sum it all up at the end of the week in one giant blog dump. And as a special treat, a few videos for your enjoyment.

Kaden has always been pretty good about going to bed. Between 8:00 and 8:30 we read a book and then he marches upstairs to his bed. It might take him a little while to fall asleep but usually, no more than 15 to 20 minutes. On Friday night it took well over an hour. (Please note, we do have a video monitor so it isn't like we weren't watching him to ensure he was okay.) He sat there in pitch black darkness while occasionally calling out to Justin or I. However, he never once got up out of his bed. Finally the chattering came to a sudden stop. After making sure he was asleep, I snuck in to put a few things away and found him like this, completely sideways in bed. And I'll admit, I kind of liked being able to pick him up, scoot him over and pull the covers up snug under his chin. I hope he never gets too big for his mommy to tuck him in. 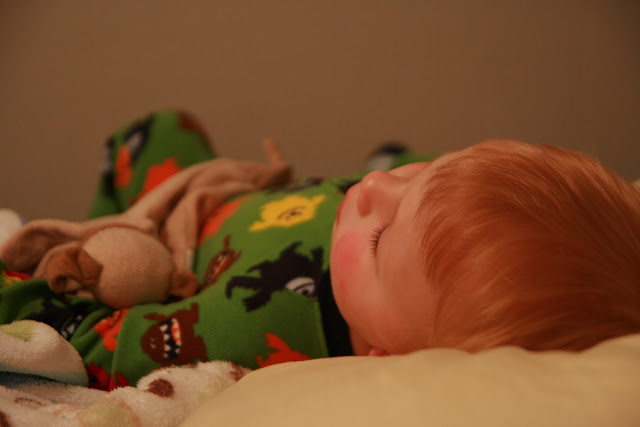 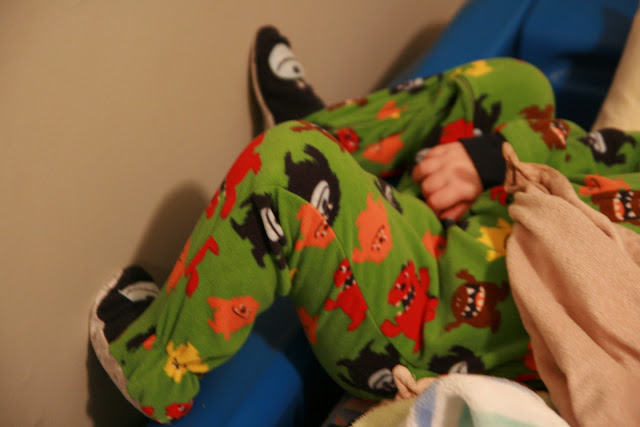 Logan has hit a milestone and found a new love. This week marked the first time Logan rolled over. On Tuesday, as I was heading to the airport for a trip to Boston, Brenda texted me and shared the great news. I wasn't sure how to feel about this news. I was happy that he finally rolled over, he had been working so HARD, for so long but it was a FIRST and I missed it. Now, I know I am bound to miss lots of firsts since I work and especially since I travel but I was hoping that those firsts would be things like first blowout or first time puking, you know the firsts that no parent really wants to be there for. But with a little help from Big Brother Kaden, we reenacted Logan's first rollover.

and I just had to include another one of the boys to show just how much Kaden loves his little brother. He even manages to get Logan to play a little game with him.
As for his new love, his tongue. He is a babbling fool now and loves to stick his tongue out. Pretty cute if you ask me and I know you were totally getting ready to ask just how cute it is. Hopefully, he doesn't stick his tongue out tonight in disgust when we try rice cereal for the first time-picture will definitely be posted.
Over the last few weeks I have noticed that Kaden has inherited one of his Uncle Zack's traits, his love for setting up and playing cars. I can remember when Zack was little he had a "garage city". It went everywhere with him and the best part, the garage was also a carrying case. Well for Kaden's birthday, Uncle Zack and Aunt Lindsey bought him a similar garage and a day doesn't go by without it being played with and hauled around. He will sit there and line up his cars and drive them around and around. He will pack it all up and move it to a new location and will start all over again. 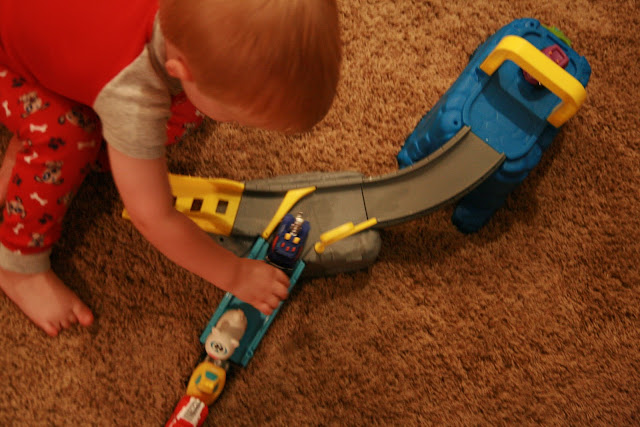 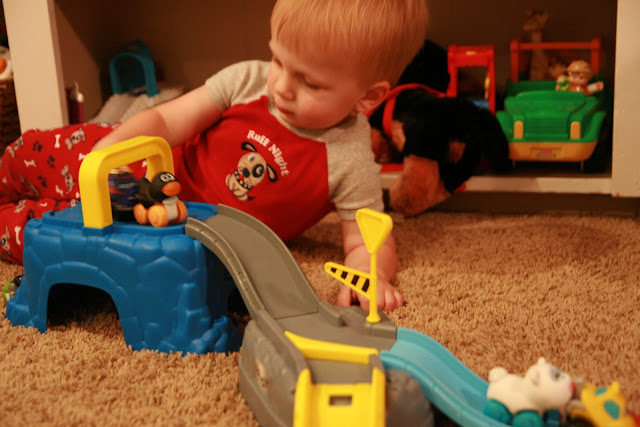 Rainy weekend = Great weekend. Normally I am not one to like a completely rainy weekend cause I can get a little stir crazy but this weekend was perfect. Instead of being on the go as we always seem to be, we stuck put. Justin got in 17 holes of golf on Saturday while I took the kids to Target and then to get Kaden's hair cut but outside of that we didn't do a darn thing and it felt good.

Wishing everyone a great week ahead!