Today marked Logan's quarter birthday! And no, for those of you who are wondering, we didn't celebrate-just wanted a fun but true title for this blog.

In just 3 months Logan has become everything we could have imagined for our family. Just like Kaden, he is a blessing each and every day.

A few fun little tidbits about our little bit…he is the bestest baby ever and you can ask anyone that crosses his path and they will tell you the same. If he is awake, he is smiling or cooing. If he is asleep, he still smiles. The only time he will cry is if he is hungry or once in awhile if he is too tired but it never lasts more than a few minutes. He basically sleeps from 9 to 7 every night. On the rare occasion he might wake up at 3 or 4 wanting to be fed but instantly falls back asleep.

He doesn't mind being malled by his older brother. Kaden loves Logan but sometimes a little too much. You can often find Kaden pushing Logan's swing too hard or too high and even though it makes me hold my breath, Logan is cooing away. And because Kaden doesn't quite understand how strong he is or how gentle he needs to be, Logan often is the lucky recipient of the I-am-going-to-break-your-ribs-hugs which Kaden gives but once again, Logan smiles away.

Logan has found a new fascination for his hands and feet. He loves kicking his legs and swatting at toys. He is sitting up like a big boy in his bumbo-that is if he can keep it long enough before Kaden wants in it. He is still taking about 4 ounces of formula right now but thinking it might be about time to up it to 5 or 6 ounces and see how that goes. He still has very little hair and what hair he does have is so light it is hard to see. His eyes, still blue! He is currently wearing mostly 3-6 month clothes with a few 0-3 thrown in there and a size two in diapers. If I had to guess I would say he weighs in around 14 lbs and has possibly grown another inch or so but we won't get the official numbers until his 4 month checkup which isn't until the beginning of September… 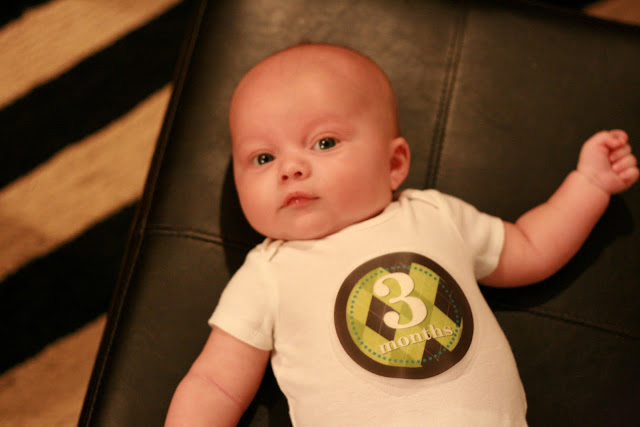 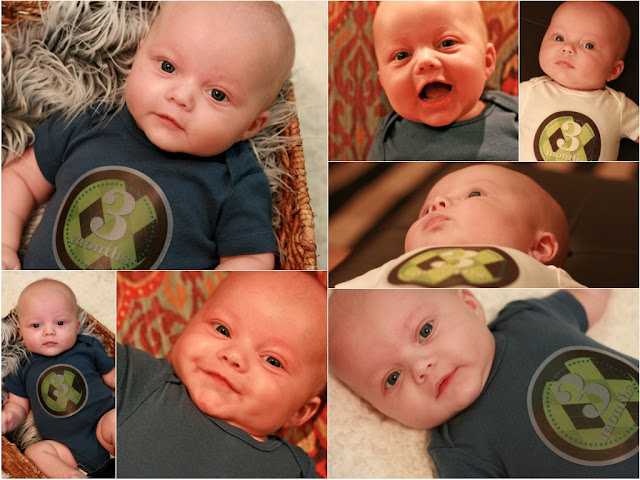