The whole reason we decided to take a trip to Minneapolis was to visit Target Field and take in a Twins game. When we started looking at dates we were pleasantly surprised to learn that the Royals were in town just two weeks before my maternity leave would end-pretty perfect timing if I do say so myself, and I do! Game time was at 6 o'clock so we had a little bit of time before having to catch the tram to the game so why not do a little more shopping. This time it was IKEA. I bought a few picture frames, a really neat blanket and then the light fixture which I have wanted for so long now, you can see it here but the jury is still out on where we will hang it… IKEA was massive and I could probably shop for days there but with a limited amount of time, it was a blur and I was lucky to find what I did.

After lunch we met up with the Walshes at MOA to jump on the tram and while we waited my dad just had to run back to a store he visited the prior day and pick up one more thing. He came back with an energy bracelet for Kaden. He had bought one for him and my nephews the day before and they all were believers that not only would this aid in energy but balance too and if anyone needed balance it was Kaden. It ended up being a little big for his wrist so we decided it would find a permanent home on his ankle and since it was closer to his feet one would think that surely it would work even better. I will say, I don't remember Kaden falling or tripping over his feet for the rest of the trip and really since…

We finally boarded the tram to take the ride into downtown where we would later meet up with the Garretts. Kaden slept for the majority of the time but when he woke up he was pretty excited to be on the train. We would ride this train to the very last stop it made but once it was time to step off, we stepped right out to Target Field. We grabbed a quick appetizer at a local bar and even though we were in Royals gear, the Minnesotans were so friendly. We made it into the ballpark and found our seats just in time for the Royals' batting practice and a few home runs made it to our area but we left without a game souvenir. By game time, the heat was almost unbearable and my mom, MIL and I took turns standing in a breezeway keeping Logan cool. Finally the sun went down and  we all were able to enjoy the game. The Royals weren't able to pull out a win for us but my dad did get his Walleye on a stick and even started planning which ballpark we were hitting up next year, Denver and San Fran are high on the list-bring on some cooler weather.

The road trip home was quick thanks to the superstar drivers and I had mixed feelings about pulling into our driveway. Yes, I was happy to be home but it also meant saying good-bye to my family. We had such a great time and watching my mom and dad and even my nephews with my boys just makes my heart happy so saying good-bye tends to be one of the hardest things I have to do these days. At least it is just a quick drive home to see them all again! 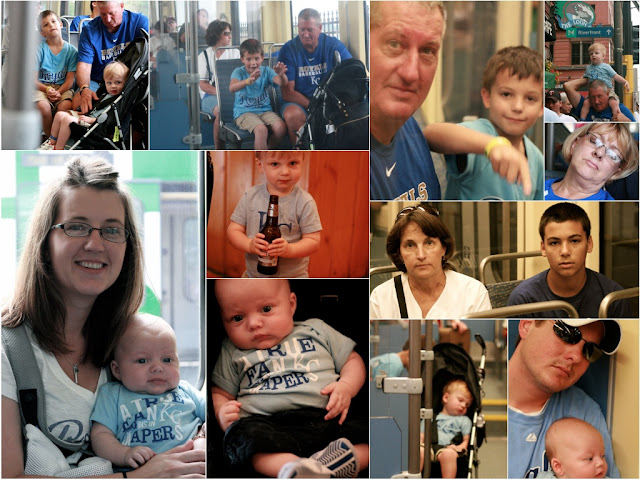 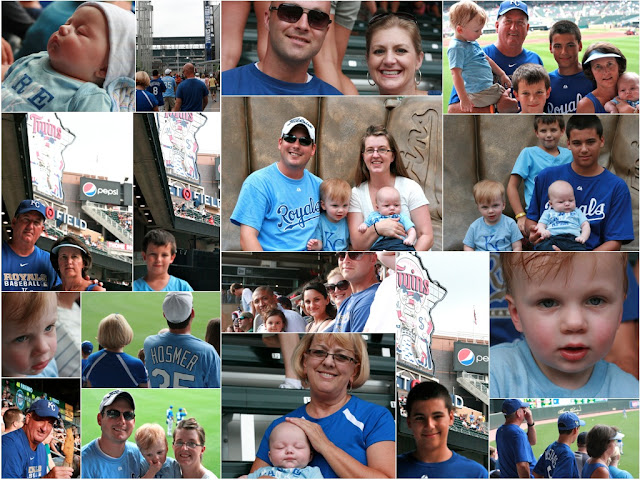