Save Me San Francisco!

Not really any saving needed here but the only title that came to mind with San Francisco in it! This weekend we had the wonderful treat of catching up with Justin's cousin, Roy and his family that were in from San Fran. Each year when they come back, Papa John, invites us all over to his house for a pool party and this year was no different. In town were Roy and Time, Diane and Regina and the three blondest boys you'll lay eyes on, Ryan, Jack and Evan. Also over to join the fun was Leanne and Deonte, Adam, Becky, and Colton, and as we were leaving Jennifer and Chris stopped by. It was great to see everyone and introduce Kaden and Logan to a few cousins they haven't met until now.

The weather was fantastic, a little muggy but after the temperatures we have been having 85 is just fine. The water was even better! One of the things which I hate about swimming is getting in. Inching my way into the freezing cold water of the pool, well not this time, it was perfect and oh so relaxing! To Justin and I's surprise, Kaden took to the pool. He was all about it, unlike over 4th of July when he cried when we put him on the raft. Where he found this courage, not sure but it was a nice change of pace. He played shark and minnow with Evan-Evan made a fantastic shark. He jumped to Grammie. Blew bubbles which was soon followed by swallowing water and a "hands up". Played ball with Colton and made a spewing geyser out of a water gun. Oh and don't worry, Logan got to get in on the fun too. He too swam and then took a little siesta in my make shift tent. Have I said how great of a baby he is yet?

BTW, our next home will have a pool and we will have it open every weekend so consider this your standing invitation!

Before heading home and putting the kiddos down for a nap, we celebrated Evan's 5th birthday. He was sooo funny, he actually asked us to sing Happy Birthday quietly and was very worried that Kaden would want to sing too loud but I let him know that Kaden didn't even know the words and he felt much better about his birthday song!

It was great catching up with family and we hope to see everyone again some time real soon. It is starting to look like The South Baseball Tour 2012 might be taking us to Giant's Stadium. Not only will we get to see a great stadium but more importantly, we get to see family. 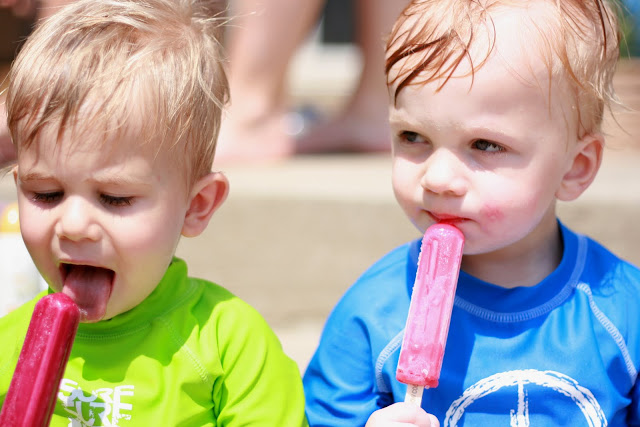 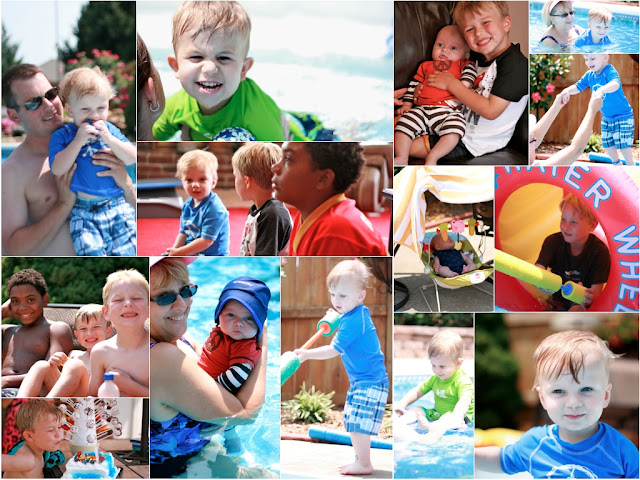