I look forward to hearing God Bless The U.S.A every Fourth of July and not the ever so popular Beyonce version (she did do it justice) but the good ole' Lee Greenwood version. For some reason this song just makes me want to stand up and shout the lyrics for all to hear and I don't even care how terrible it may sound, songs like this and Independence Day by Martina McBride can't be butchered. Fourth of July has always been one of my favorite holidays-a time to celebrate with family and friends, to remember what it means to be an American and to be thankful for all the men and women who have fought for our country to make it what it is today. Frankly, we are blessed and it feels great to stand up during the National Anthem with my hand over my heart and singing along and it gives me chills to watch everyone else do the same. The Fourth of July is a day that no matter what our differences may be as Americans, we all come together to celebrate the 'Home of the Free'. 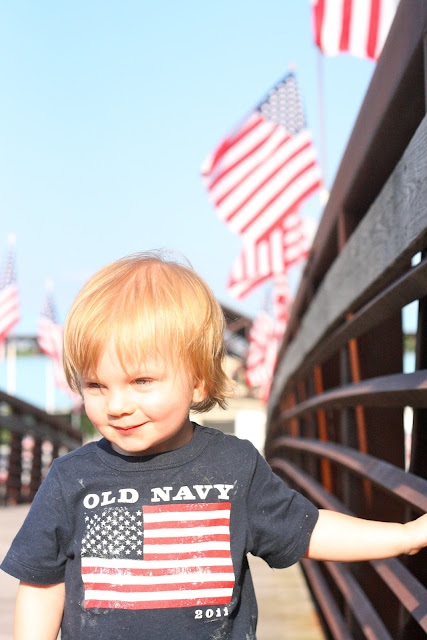 One of the challenging things about being married with children (especially cute children like ours) is how and where we spend our holidays. We try to make time for both sides during Thanksgiving and Christmas but some holidays we aren't able to fit it all in. This year, we took off for the Lake with Justin's family. Over the years it has become a little bit of a ritual to be at the lake over the 4th but last year we took a break and Janet wasn't going to let us take another one this year. To put it mildly, it was an adventure with two kids under 2 and this mommy was just a little paranoid since we are so close to the water. Rules were implemented before we even reached the Lake House. Rule #1-Logan and Mommy would not be going on the boat, no life jacket, no boat. Rule #2-Before leaving the deck Kaden had to have his life jacket on-no ifs ands or buts about it-it had to be on and fastened. Rule #3-No kids allowed close to the railings of the deck. The deck railings aren't the most up to date railings and a little kiddo might just be able to fit right through them so we had to keep them back away from the edge. So ensuring that all these rules were followed while trying to stay cool and keep a 8 week old comfortable made for an adventure-one I am happy to do again but even happier I don't have to until next year! Even though it was challenging, I wouldn't have wanted to be any other place. Kaden and Colton had so much fun together, watching them communicate back and forth with one another, watching them mimic one another and watching them entertain Logan is something in which I could do all day every day.

We came prepared for almost everything and had a plan in the back of our minds for things such as Kaden not liking the water (which he really could care less about getting in), for Kaden not liking Fireworks (which he didn't but by the end we at least had him clapping and yelling Yay from the inside porch) and we came prepared for rain-Finding Nemo. What we did not come prepared for was the power going out on us at 7:30ish on Saturday night. Not only did the Lake House get hot quickly but it seemed to get darker quicker. I was about 10 minutes from loading my boys up and heading back to KC when we made a call to Jake and Jennifer who weren't far from us at another house and luckily they had a little extra room for us to have a night cap. We were cool and in much better moods. Sunday brought more fun on the deck but little water play for us since Kaden was content up on the deck and Mommy was a little on the red side (too many CRVs while the kids napped). On Monday it was time to say goodbye to the Lake House for another year. Once we arrived home, we unpacked, fed the boys and then I made Justin climb back in the car to head over to the Merriam Marketplace so that we could take a few pictures since we wouldn't be watching fireworks anywhere in hopes the boys would be down and out for the count which they were. We I may have taken a lot of photos over the weekend but I didn't want to forget just how much fun we all had even if it was a little challenging since the boys were so young. It's hard to imagine how much fun we will have as the boys get older and even more independent. One thing is for sure-Rule #2 will be in effect at all times! 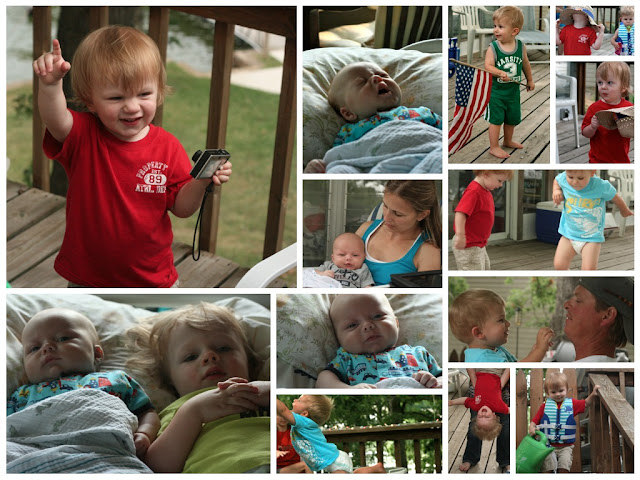 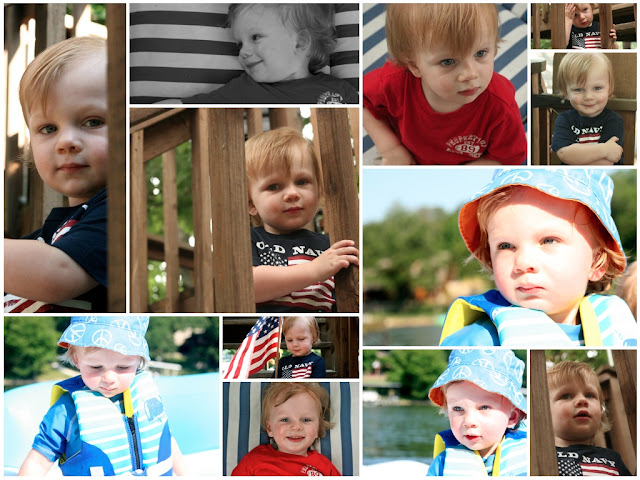 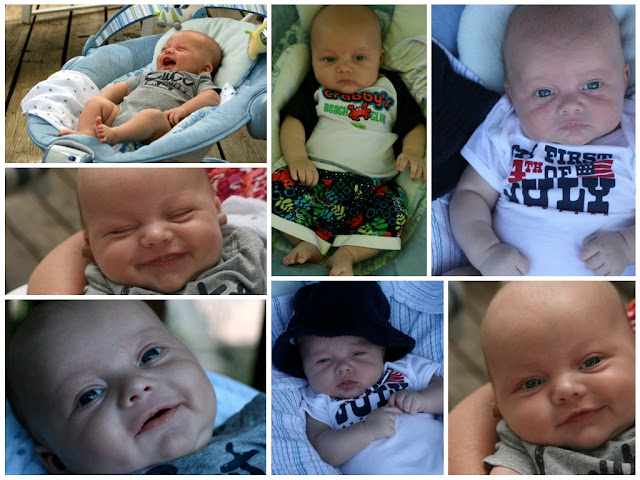 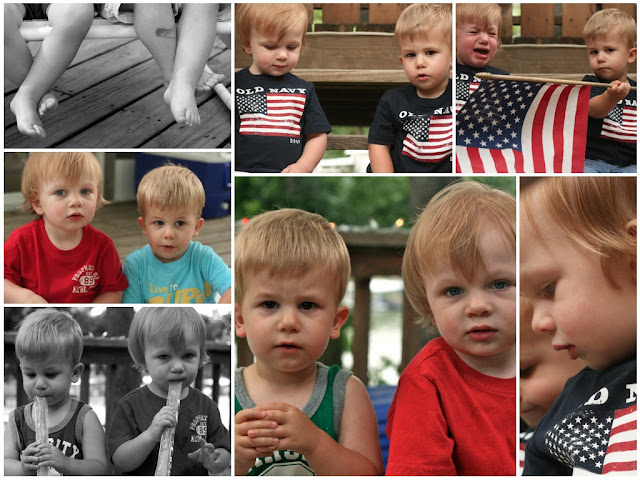 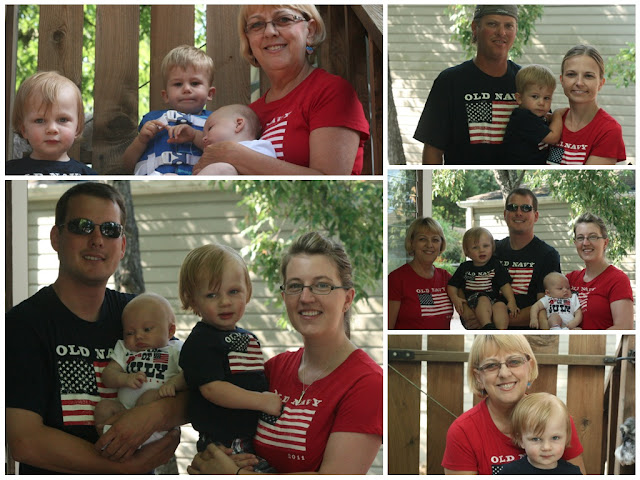