As we drove to Minneapolis on Thursday the temperature never climbed higher than 61 and having been in 95-100 degrees for each of the previous days, we were in shock and freezing. When we checked the weather on Wednesday we were in for a gorgeous weekend and packed accordingly so when it was a bit on the chilly side, we started layering the clothes. We also got some unexpected rain on both Thursday and pretty much all day on Friday so our hopes of going to the zoo were shattered but we weren't going to let that get us down. We took to the mall for some family fun followed up by some retail therapy. First stop was Sea Life Aquarium where we were able to touch Starfish, walk with the sharks and admire the jelly fish. The zoo might have been fun but it would have been hard to compare to our fun at the Sea Life Aquarium and we can't wait for Kansas City to open theirs.

After we walked the fish and shark filled tunnels we headed shopping. Four floors of never-ending stores-my kind of place. One might think that I would be the one to go crazy and spend way too much money and one would be completely accurate but this time it wasn't on me. I went nuts on the kids clothes. My one rule, if it can be bought in KC then it wouldn't be going home with me. My favorite and wallet breaking stops included H&M (which is coming to KC) and 77 kids by AE. I was able to find some really cute outfits for the boys pictures on Friday and most importantly got their new fall wardrobes started. My favorite purchases of the day came at Puma when we bought Logan his first pair of shoes and Kaden his second pair of Pumas. It was only fitting that Logan's first pair of shoes be Pumas since they were also Kaden's first pair of shoes. After hours of shopping and multiple elevators we decided it was time for some LEGO fun and Blake and I visited Lego Land where he added to his collection and helped pick out Kaden's first Lego set-Mater from Cars. Kaden loved his new toy and ran around the hotel shooting everyone with the little canon that came with it.

After hours of shopping at the Mall of America we headed back to the hotel to rest, freshen up, meet up with the Walshes and head to dinner. Tonights destination was Psycho Susie's another Diner, Drive-in, and Dive restaurant known for their flaming drinks and pizza. This was the first night that the whole crew was together for dinner and Psycho Susies' wasn't sure what they could do with us all so we had to split up in parties of 4-5 since they were so slammed. We eventually all met back up at the hotel and then our wonderful parents took over and babysat the kids while us bigger kids went out for some drinks. And to our surprise, a TGI Friday's, was just around the corner-brings back so many wonderful memories. It has been some time since Justin and I have been able to go out with just one another and not the kids and enjoy a few drinks and the fact that we were surrounded by great friends made it that much better. Another successful day in Minneapolis, even with the crummy weather. 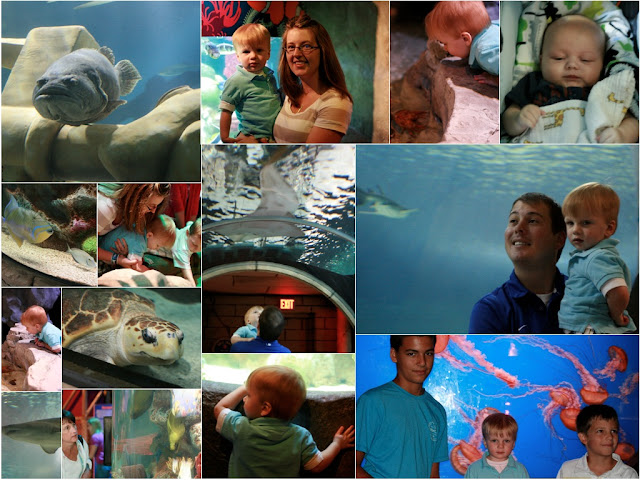 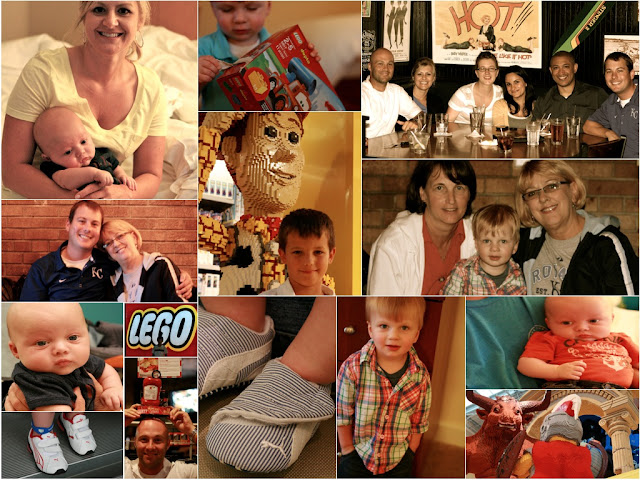