When it comes to who Kaden looks like, I have a hard time seeing the Hartley side. He does have my blonde hair and blue eyes but other than that it is all South. However, when it comes to his mannerisms, the Hartley side shines brightly. In the last couple of days I was able to capture two of my favorites, both of which his Papa Tom is notorious for.

Hiking Pant Legs Up-Papa Tom would wear shorts every day of the year if he could get away with it and by that I mean, if my mom would let him. He is constantly sitting on his couch in his comfy pants and hiking them up to his knees and the other day I caught Kaden doing the same thing and I just had to laugh. 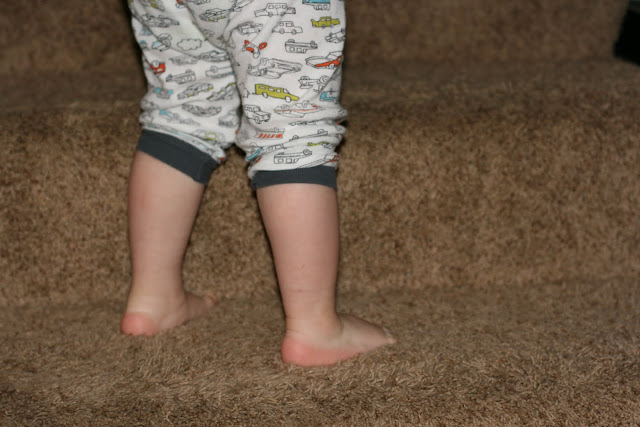 Falling Asleep While Eating-My dad has often been known to fall asleep while eating dinner. Yes, as a grown *ss man, he still does this but on his behalf it stems from years and years of working on the railroad. When growing up my dad worked long hours on the railroad and often spent nights away from home working and on those nights, dinner wasn't until late at night, 10ish or so. This has been something that has stuck with him even though he hasn't been on a train in years. We go home and visit, he fixes dinner and waits on each of us and then will eat his dinner in bed, late at night. Then today, Kaden had another first (nice to know the "firsts" still happen)-he fell asleep while eating lunch. Had another chuckle and reached for my camera. 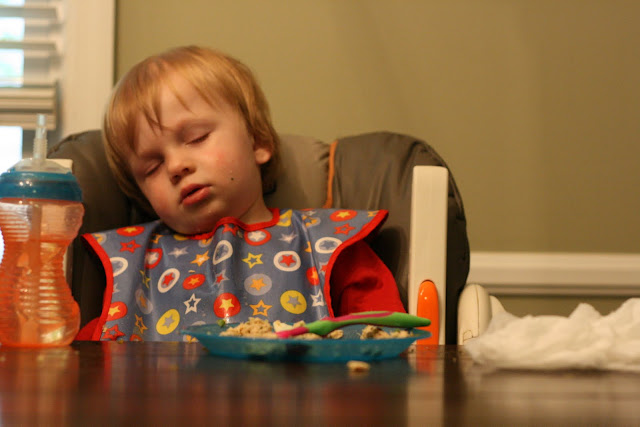 What you can't see here is that he is clasping his tuna sandwich in his hand! Luckily, he made it through 80% of lunch before taking his snoozer.
Posted by Kayla South at 11:03 PM