Memorial Day Weekend was all about being together as a family, a family of four with Logan turning 3 weeks and Kaden 21 months. We of course had to make room for a Sunday BBQ with friends and we even got to meet the newest addition to the circle. We started the weekend off with dinner at Granite City, which was tasty as always. Headed to NFM to pick up a patio table (since the wind decided to catch our umbrella and throw it back down and shatter the glass on our table a few weeks back) and then it was home to get the kids off to bed. Saturday was a lazy day and was spent watching a lot of ABC Family movies with Kaden, he was such a love bug on Saturday. Sunday was when the real fun started. We decided it was time to host our first bbq of the summer and on the menu were ribs, smoked chicken wings, brisket and salmon. Justin out did himself this time and his salmon might just be the best thing he has ever made. Again, why would I want to cook when I have him, it just doesn't make sense and frankly should be a crime for him not to cook all the time. By the time our friends arrived and we were ready to eat, we had all the fixings for a fantastic bbq. We all sat around the patio table and talked about how this time last year there was just one little kiddo and he wasn't even running around, he was barely crawling and was able to be contained in a pack and play. Now look at us, 5 little kiddos surrounded us. The newest, Leland, we were so pumped to finally meet him. Leland was born just 4 short weeks before Logan was. 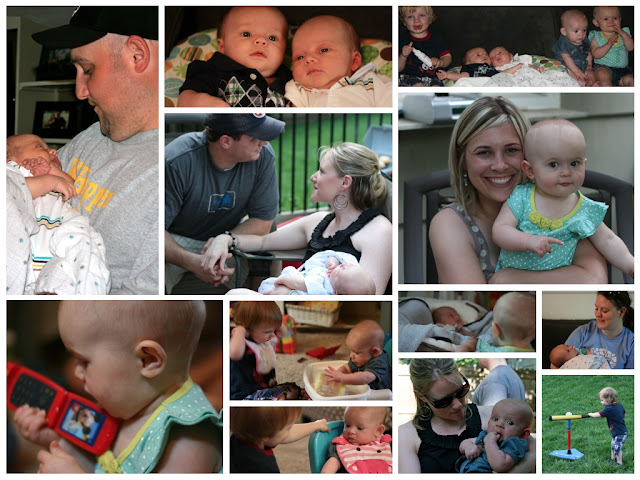 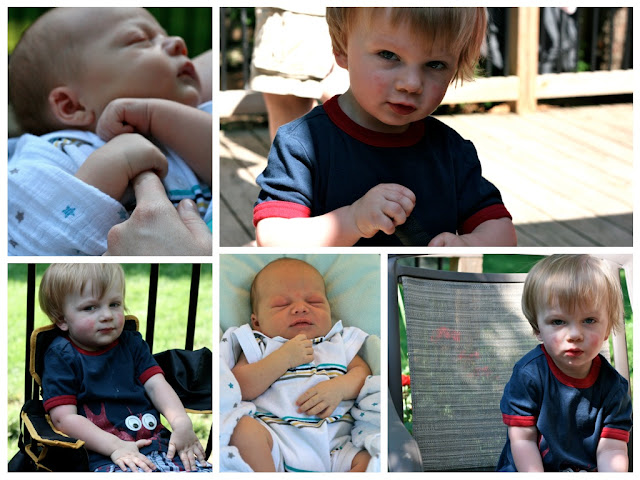 It was up bright and early on Monday for our trip to Africa compliments of the Kansas City Zoo. We arrived just before 10 and it was packed, the line for tickets out to the street, the line to become a FOTZ was even longer but lucky for us, we were already FOTZ and went straight to the entrance and bypassed all the waiting. First stop were the otters and then we headed over to the ever popular polar bear who once again was doing his flips for the packed crowd and since we weren't able to get any where close we decided to hit that up on our way out. Last time we were at the zoo, Africa was closed so this time it was our focus. We jumped on the tram and away we went. We got to see the chimps, rhinos, zebras, giraffes, lions and elephants. By noon Kaden was getting tired so we took a spin on the carousel and headed on home. Once home we had lunch which was immediately followed up by a much needed nap that I even had to wake the boys (yes, all 3) up from at 4:45! 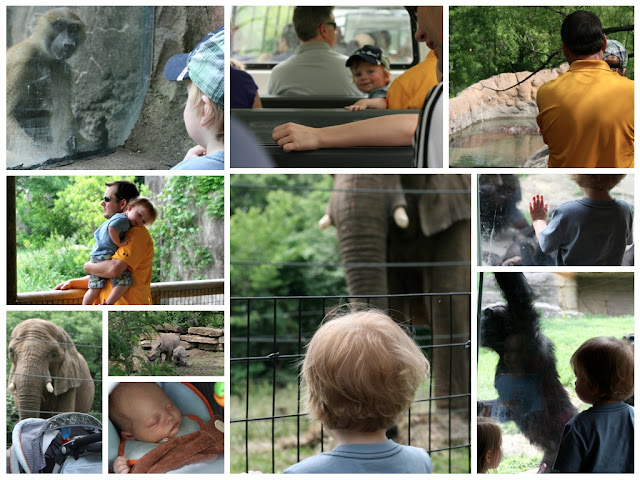