Since the heat index was in full force today we thought we would let the little guy enjoy a little sunbathing. We took off his clothes, pulled the bouncy seat in front of the door and that was where Logan spent the next few hours, snoozing and hiccuping. 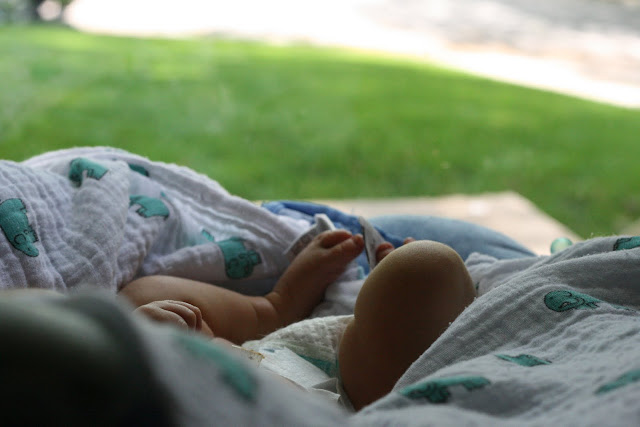 Jaundice. We were familiar, Kaden had a small bat with it but Logan is another story. Before we were dismissed from the hospital on Sunday we were set up with a bilirubin test for the next morning-Logan's numbers were a tad high at 10.2. Monday the continued to increase to 15.6 and today they were 18.6 (20.0 is when the doctors start getting a little more worried and want to take more action). Since his numbers continued to increase we were given a few instructions-sunlight, supplementing and pumping. Pumping and supplementing weren't on my favorite things to do since this time around I was going to TRY really hard to do nothing but breastfeeding knowing that pumping would play a part at some point. With Kaden, I gave up after a few short weeks and frankly, formula was very easy to do and was still a healthy option. This time around, I am determined to make it work but things are starting to stack-up against us. With the pumping, will there be any sort of confusion on his part? How long are we going to have to do this? However, on the positive side, I do know exactly how much he is getting which is the exact reason why we are having to pump. Supplementing-milk is almost all the way in but until we can get 3 ounces every feeding we must supplement, fortunately the first few attempts we hit our mark but I am not feeling so confident about the night ahead.

Tomorrow we have another follow up appointment with the lab to check his numbers again. If they have not peaked like the doctor thinks they have then we will be sent home with a bilibed, basically a blanket of lights to help push the biliruben out of his tiny body. Besides having his foot pricked for the second time in two days Logan had his first doctors appointment and although he is quite jaundice, he did gain a couple ounces since leaving the hospital and got a perfect report card. 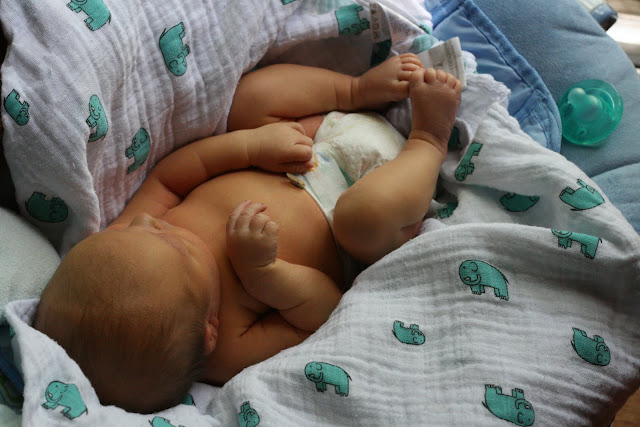