A Happy (But Accident Prone) Easter and A Happy Birthday

I guess the Easter Bunny takes after Santa Claus and works from a list too. This year, Kaden fell on the nice list and Mr. Easter Bunny didn't skimp and brought him lots of goodies. He got a few puzzles, a mini bowling set (maybe he can beat his Daddy to that 300 mark too), a few books and a Micky Mouse Clubhouse dvd (he just loves that darn hot dog dance! Heck, who am I kidding, I catch myself signing and dancing along too!) He also had some new pjs from Grandma Sara and Papa Tom. All in all he made out like a bandit this morning and we hadn't even made it over to Grammy's.

After a delicious breakfast brought to us by Winstead's, we had the first of our Easter Egg hunts, we first started out with animal crackers and then headed to money which Kaden happily deposited into his piggy bank. Gotta start saving early! After a quick nap and lunch, we headed to Grammy's and it wasn't 2 minutes after we arrived and we had our first causality--Kaden was taken out by the stair and it wasn't pretty. The nose started to bleed, we had instant bruising, the only question-was it broke? A couple of wash cloths, an ice pack and one very sad little boy later, we decided that it wasn't and that we would just watch it in case more bruising showed up but so far, so good. After the initial run in with the stairs, the accidents just kept coming. We ran into the grill (it wasn't on!), we fell running to Daddy on the deck, we fell carrying a chair and after all of these mishaps, he jumped up, dusted himself off and went to the next adventure with a smile.

Last year, Kaden was a little young to enjoy decorating Easter eggs but we thought maybe this year he wouldn't be...WRONG! Did you know that blue dye actually dyes your hands! And who would have thought that a 20 month old would just want to dump the bowl of blue dye on the deck. He rolled the egg once and then he picked up the bowl and lets just say, we didn't end up using all 6 colors for the eggs nor did we make it to egg number 2! Better luck next year!

Oh and not only was today Easter but it was also Papa Tom's 56th Birthday and all he asked for was to hear Kaden say Papa. As we were dialing up Skype, "PAPA, PAPA" was all Kaden wanted to say and as Papa came onto the screen-Kaden was mute and all Papa Tom got was a EEHH! Again, better luck next year! 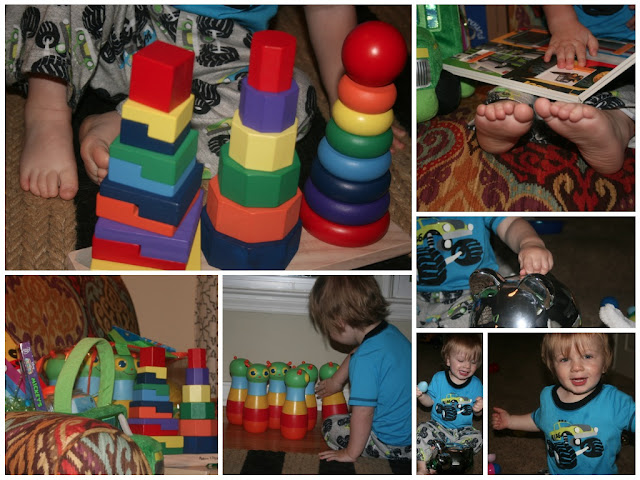 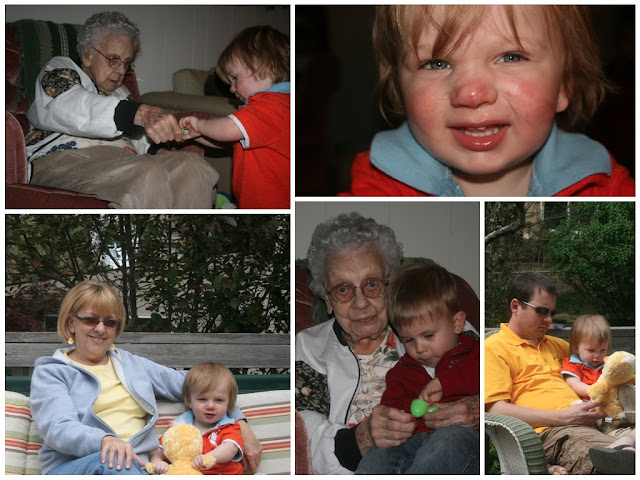 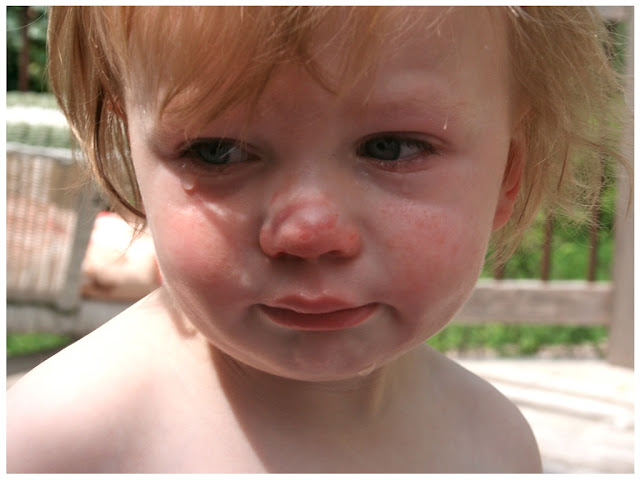 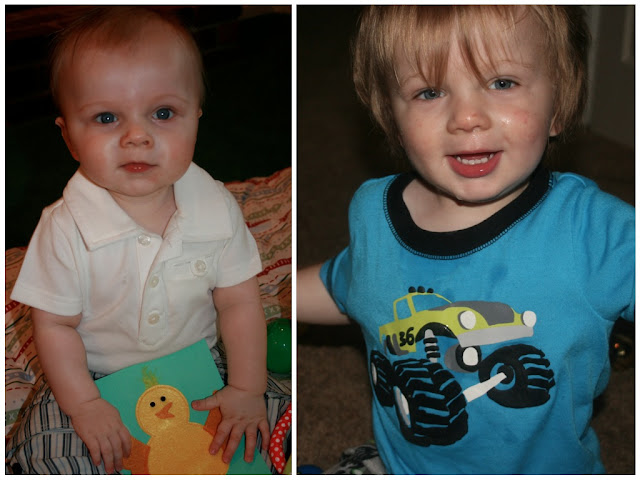 One Year Later-and Yes, a haircut is on its way!
Posted by Kayla South at 9:40 PM