You have got to be kidding me! A beautiful afternoon at the park and Kaden spends the entire time pushing his car around the playground. You would think he would want to crawl on the rock wall, slide down a few slides or chase the other kiddos around, but nope, just wanted to push his car. When he wasn't pushing around his car, he managed to find a little friend that would push him around. I guess if you look at the positive side, I got some exercise... 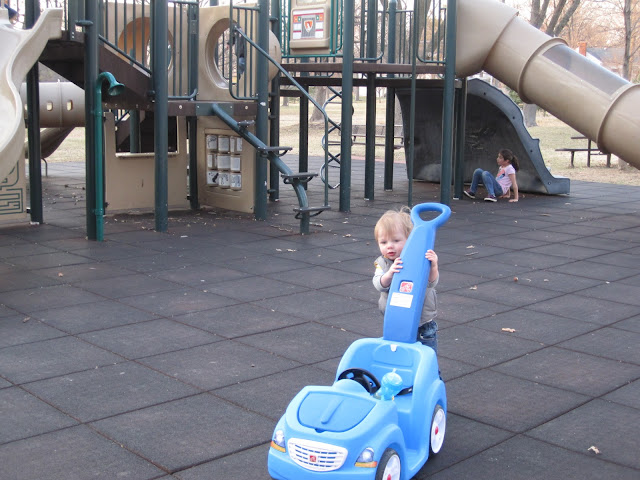 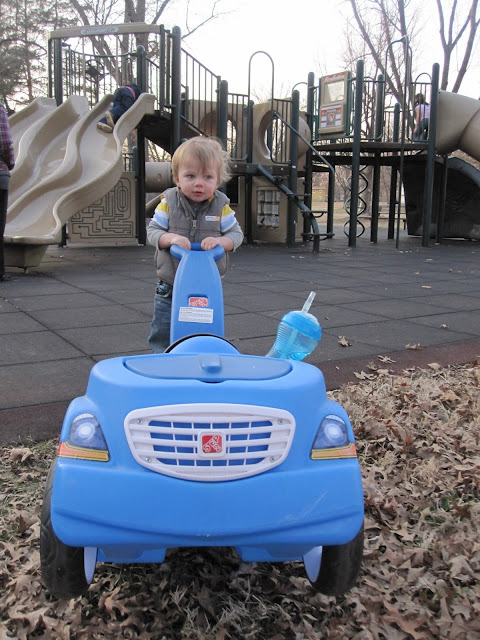 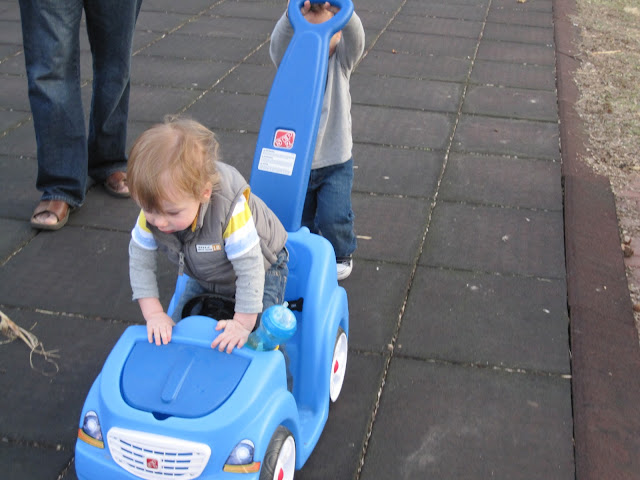 Although it was a beautiful day to head to the park, that wasn't the only reason we went. Kaden had his 18 month check up today and it didn't go as well as we had hoped so we needed a pick-me-up! The poor little guy was scared the moment they called his name. The last two trips with Kaden to the doctor's haven't been fun. Right before Christmas we went in for a little bit of a cold and came home with a new breathing machine and instructions to give treatments 4 times a day. While at the office they gave him his first ever treatment and I had to hold him down in order for it to be administered. Not sure who it was rougher on, me or the little one. Two weeks ago we went back for what we though was just a cold and once again left with medicine for an ear infection and instructions to start the  treatments again. This time, it was just a check up, he would be getting shots but he didn't know that. They proceeded to call his name, he held my hand and followed the lady and as soon as he figured out where he was, he lips started quivering and he was reaching up to me to hold him. We got into the room and he lost it. They hadn't even touched him but the poor little man was scared. By his cries, you would think getting his height and weight was the worst thing that had ever happened to him. Two nurses and one doctor later we were finally done and leaving with a clean bill of health. Dr. Rawson gave him 2 thumbs up and all the nurses commented on how they loved his new sunglasses and how cute he was. With tears still streaming down his face, he waved to each of the ladies as we left and checked out. The next time we are at the office, fingers crossed, we will be taking Logan to his 48 hour check up and maybe Kaden will have a better experience then!!