of LAUNDRY. And Mr. Washer and Mrs. Dryer have got quite the workout today. We started the laundry as soon as we got up and a little over 12 hours later it is still going. Frankly, I am not sure if there is anything I despise more than doing laundry, except putting it away! The thing is, we do a few loads during the week and then everything else on the weekend and it still feels as though we never get fully caught up and now, we are adding another little one to the mix and the pile will only grow! All in all, laundry sucks and I wish I had some fairy God-Mother that would make it all disappear for me. The only highlight of today's laundry, if a highlight is possible when doing laundry, was pulling the remainder of Kaden's 3 month clothes out and getting them ready for Logan's arrival.

Aside from doing laundry, we had a pretty relaxing Saturday after a sick filled Friday. Last night the little man spiked a fever of 102 and threw up all over himself. Today, still had a mild fever but he was pretty much back to his normal self and since the weather can't make up its mind on what to do, we were locked inside. Let's just say, there wasn't a toy that wasn't played with today. This morning I attended a friend's baby shower, she is only a few weeks ahead of me and it made me realize just how much I still need to do! So after coming home and switching laundry for the 4th time of the day, I started pulling out bottles, burp clothes, blankets, the pack and play, got the car seat back out and made a list of everything I still need to get-baby wash and lotion, vaseline tubes, baskets, shelves and so forth. As I continued to work around the house pulling things together and moving things around, Kaden became my little shadow and was very interested in what was happening. He tried sitting in the bouncy seat and quickly realized that it wasn't all that comfortable because he was too big but he found his spot in the car seat. Won't be long now and we will have to add the newborn pieces to the car seat to bring the new little guy home!

Yesterday marked our 33rd week of the pregnancy. Head is down, heartbeat is good. Swelling has been non-existant thus far and keeping fingers crossed that it stays away. Feet, well they are tired and the back is starting to hurt but in less than 6 weeks that will all change and Logan, well, he will say his first hello to this world. 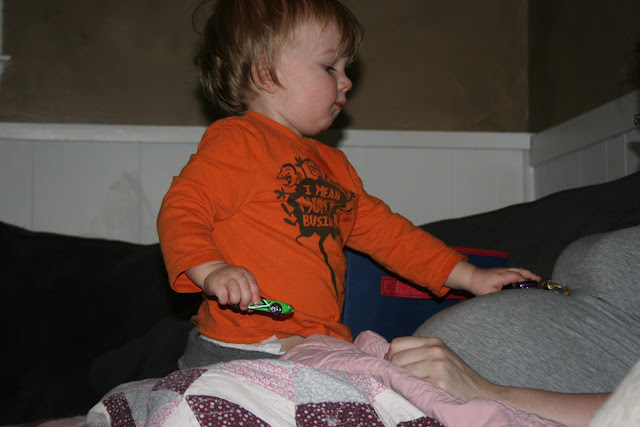 Kaden is going to be sad when Mommy doesn't have a built-in hill to drive cars on! 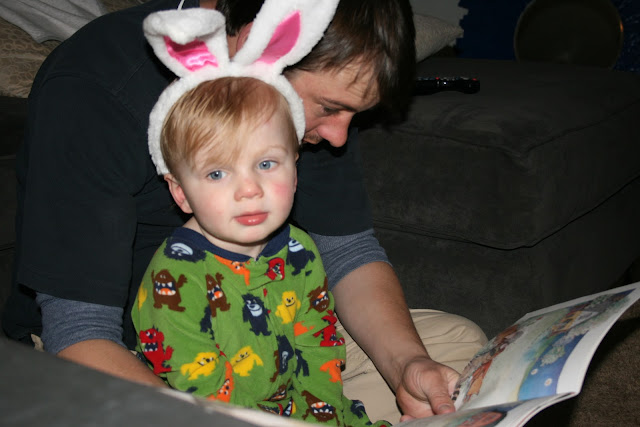 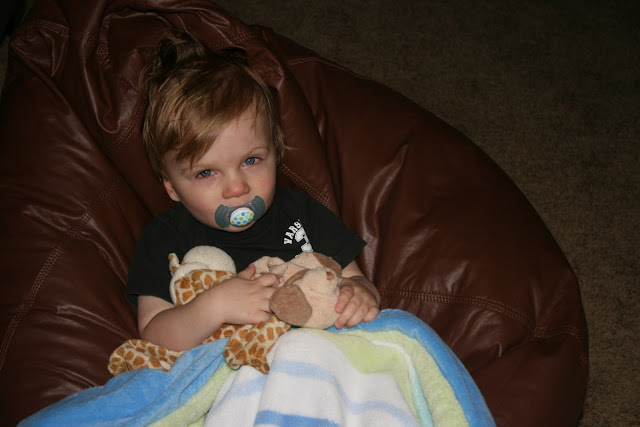 After getting sick, poor guy. I know, the pacifier must go but one thing at a time. First a new bed, then we will deal with the bink! 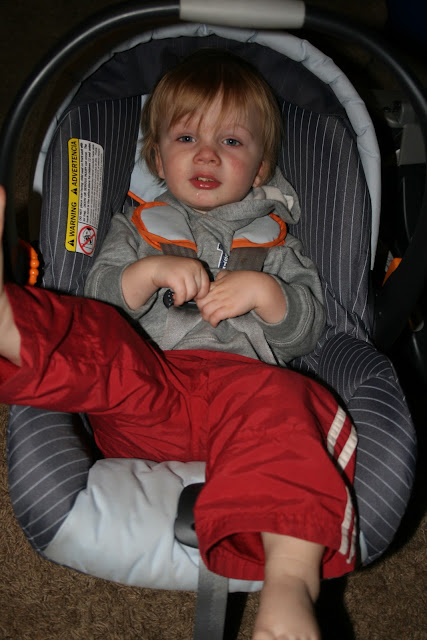