Valentine's for us started on Saturday when Grammie Janet graciously offered to host a slumber party with her favorite boys, Kaden and Colton, so that we could enjoy a nice evening out. We took her up on the offer and made reservations at Nikko's with the Walshes. Even though we were surrounded by WPA teenagers (Women Pay All Dance) we still enjoyed our evening. Grammie Janet enjoyed her time with the boys as well but when we picked up Kaden on Sunday we noticed that his runny nose had gotten a little worse; next stop, Sickville!

After picking Kaden up from Grammie's we went back home and spent some much needed time relaxing. If we were up and doing something, Kaden was right on our heels but the majority of the time he was curled up right beside us, you could just tell by looking at him that he wasn't feeling well. I guess not having to put toys away at all was also a pretty good sign that he wasn't his normal self. Later that afternoon, we went back to Grammie's for our annual Valentine's Day dinner and now Monkey wasn't eating anything. He would play with Cousin Colton but not at his normal 90 mph speed, he was being a turtle and it was time to get him home and to bed. After thinking he went down perfectly fine as he normally does, I went up to check and turn into bed and there he was, already in our bed with Justin. He continued to lay there with us until 12:45 when I snuck him back into his room. He woke up multiple times but nothing that he couldn't work through until 5:30 and he was back in bed with us and slept comfortably until 7:15...poor guy.

Since today was his Valentine's party at Ms. Brenda's and he was only scheduled for half a day, we decided we would let him go, as long as Ms. Brenda would have him. Luckily, he got to join in on the fun with his friends and then had a boys afternoon with Daddy. By the time I got home from work, he looked even worse. His poor eyes were red and he was barely holding them open, he continued not eating, he was coughing, his nose was running and his drooling had increased-it was simple, he had drainage and a lot of it. So tonight, he slept. We sat down at 6:15 and he was out. So out of it that I was able to change his diaper and put him into his pjs without waking him up. Hopefully some good old R&R will work wonders for him because if it doesn't, then we will be heading to the doctors just to check in.

Needless to say, our Valentine's Day wasn't the happiest day but it was certainly filled with LOVE and lots of cuddling and I was right where I wanted to be, at home with my two boys. Just hope Monkey gets to feeling better before our next adventure. 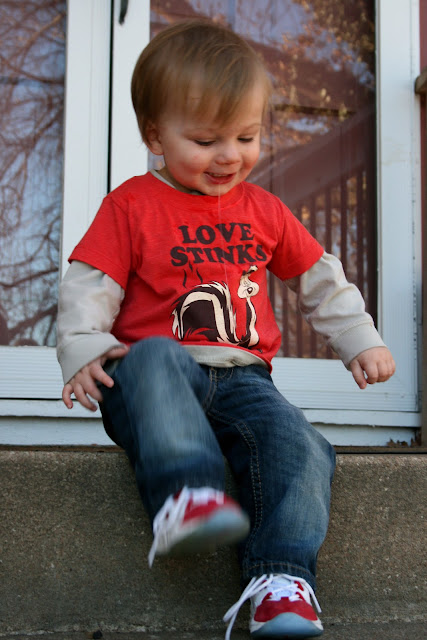 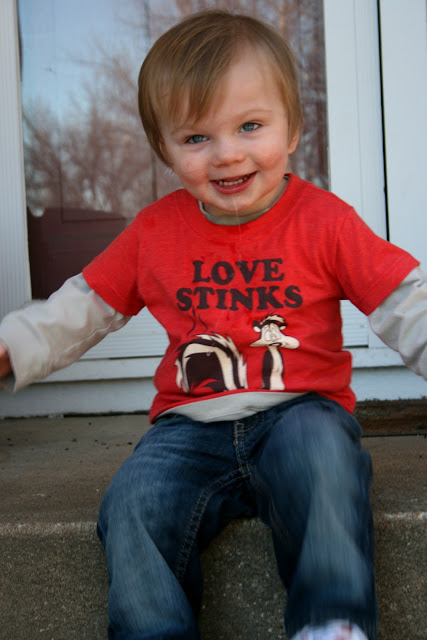 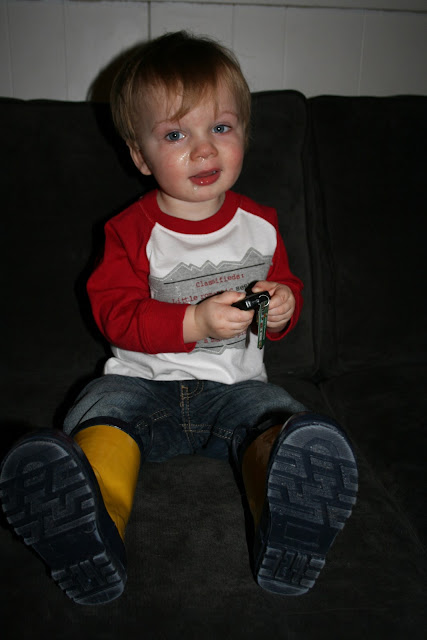 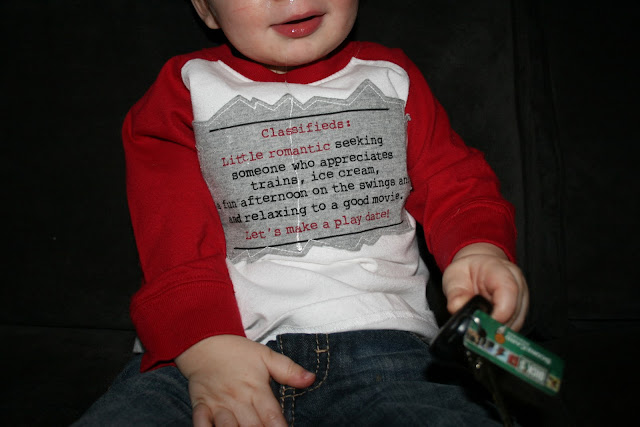 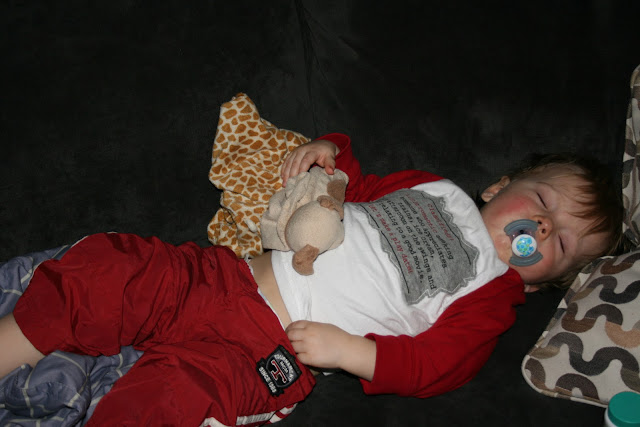