Fun in the SNOW!

Just like any other Saturday morning, Kaden was up bright and early. We had a yummy breakfast which unlike most Saturdays, I fixed and then we started with our to do list for the weekend. While Kaden went room to room playing, Daddy and I cleaned out more dressers and closets to make room for Baby Logan. By mid-morning we had accomplished almost everything on our weekend to do list and it was time to put the lil' man down for a nap since we had a very exciting lunch planned. We have been wanting to take Kaden to Fritz's for awhile now and we figured that there was no better time than the present. We loaded up and drove down to the original on 18th Street where we met Adam, Becky and Cousin Colton and Grammie Janet. The boys were in awe over the trains and as soon as they would come into sight they would just stare and follow the train around the room. Now, Kaden is usually really good when we take him to a restaurant (we eat out often) but this was almost saint like, except for a few bats at Colton... The boys were given their conductor hats and we tried our best to get a picture before they either took them off or had them torn into pieces and for some reason, Kaden liked wearing his backwards more. The train finally delivered our food and we all dug in. Kaden has discovered "dip" and insists on having "dip" on everything. The good news, he is eating so well now because of his dipping obsession and will actually eat food he normally won't even touch. So if dip is what it takes, dip is what he gets! Next time Papa Tom and Grandma Sara are in town, we will have to make another stop at the Fritz's Depot so Papa Tom can tell Kaden all about driving a Choo-Choo Train. 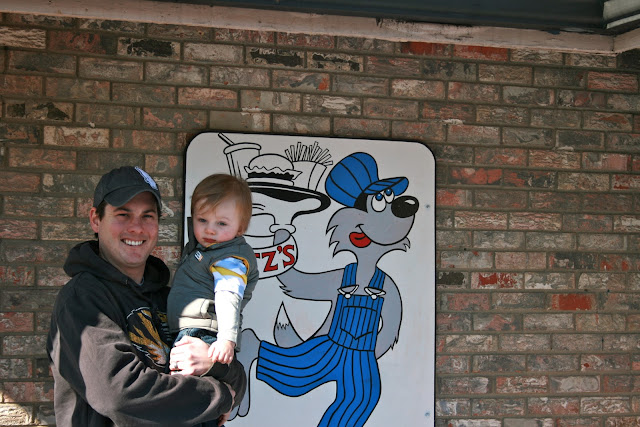 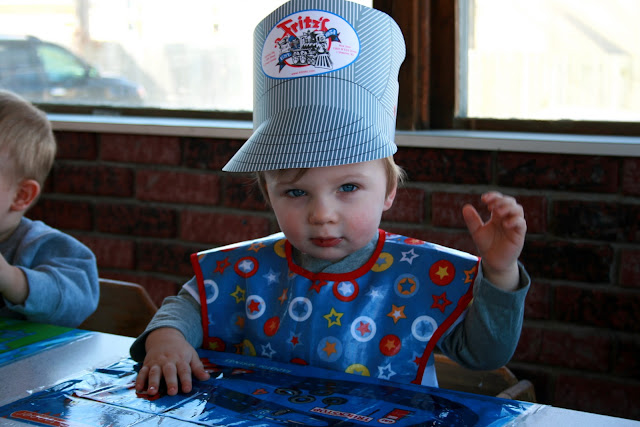 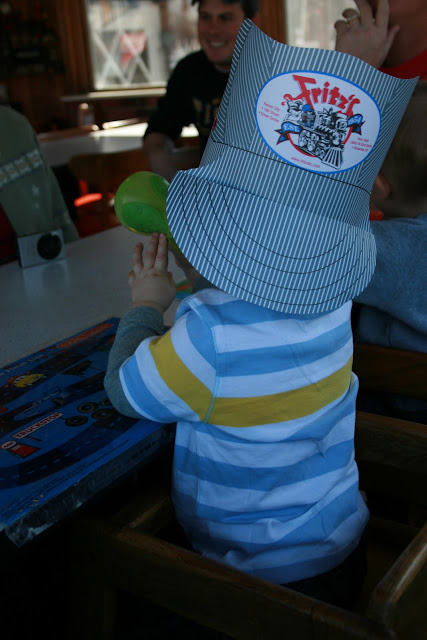 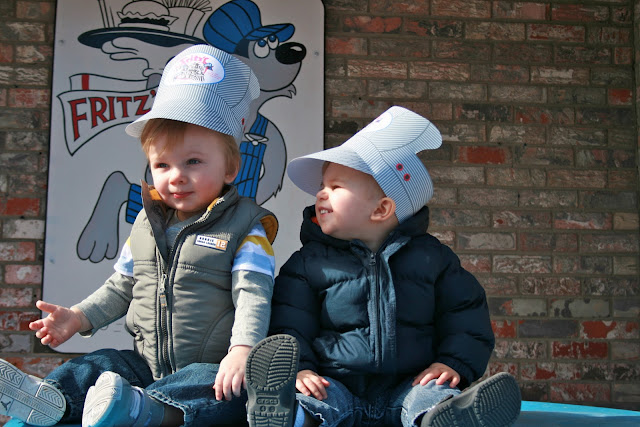 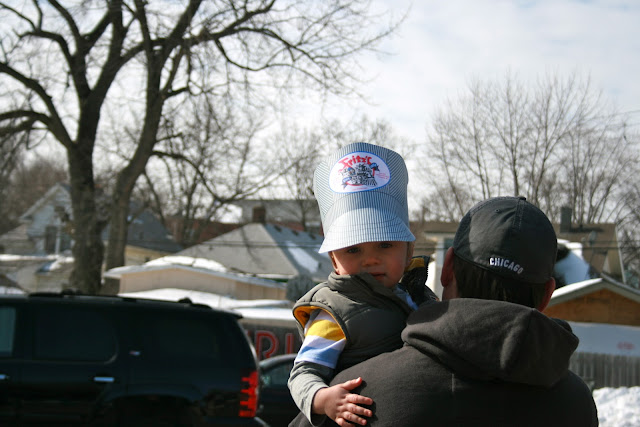 After leaving Fritz's, we headed to Footlocker to get the lil' man some new shoes since he has been wearing his size 5 Air Jordans for some time now. We found two pair that we liked, got a size 6, headed to check out and then Daddy suggested we measure his foot. Yup, just over a 6, so we put back those we had and went hunting for 7's-not a great selection. Ended up with the cheapest pair to hold us over until we found something a little more our style.

Finally, we made it home and Daddy decided to run over to Grammies' to pick up his old sled so we could have a family day in the snow. We all bundled up and spent the next hour and half in our front yard playing in the untouched and beautiful snow. We went sledding, played snowball catch with Brodi and built a snowman with Grammie. As we were putting the finishing touches on Truman, our snowman, Brodi bit off his arm and away he went with the stick. We got Brodi another stick and luckily was able to patch Truman up. It was getting close to nap time but before we headed in Daddy made Kaden a sno-cone and he LOVED IT! What he didn't love was coming inside so tomorrow there will certainly be a repeat of our Fun in the Snow. I will be the first to admit, on Tuesday and Wednesday, I wasn't really digging all the snow but without it, we wouldn't have had the day we had today. So for that, I am thankful for the snOMG 2011! 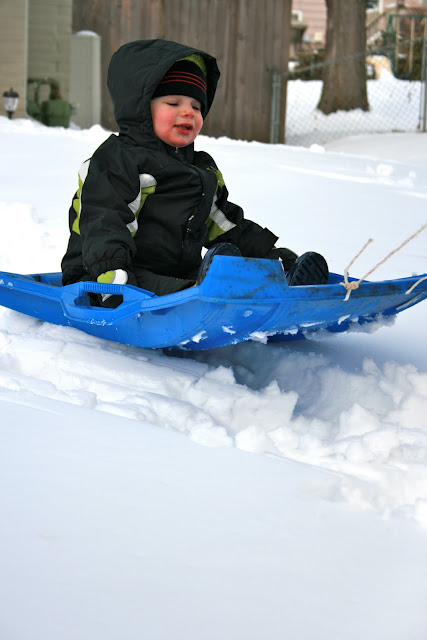 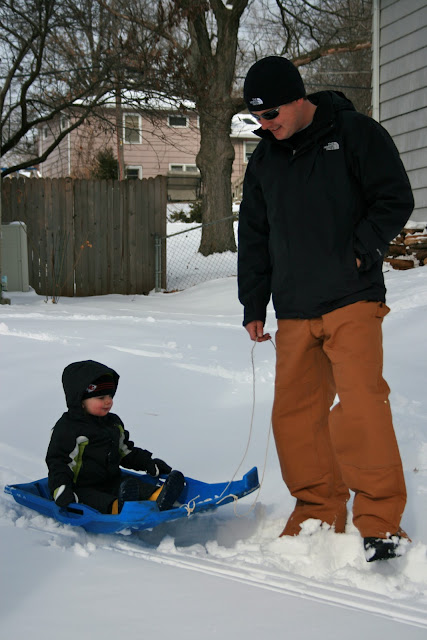 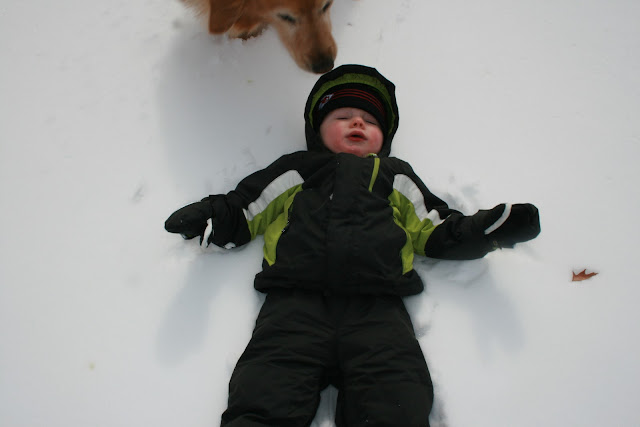 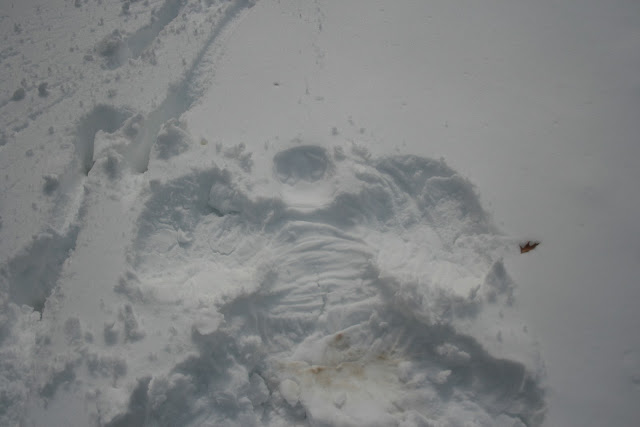 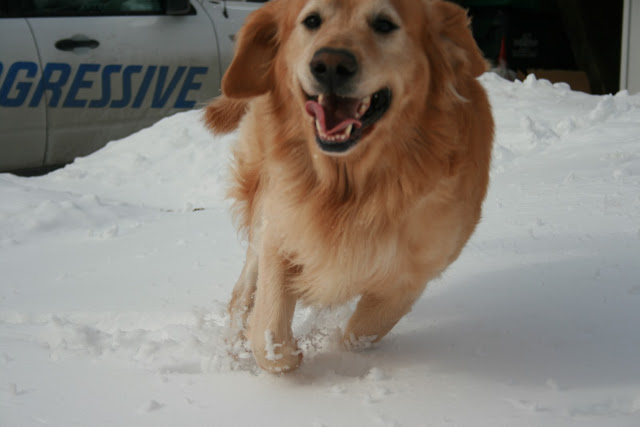 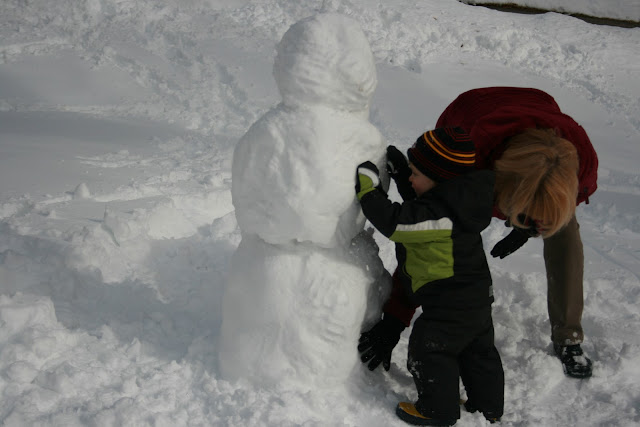 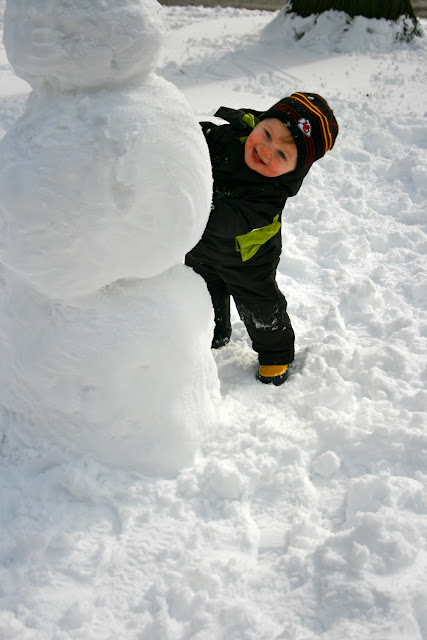 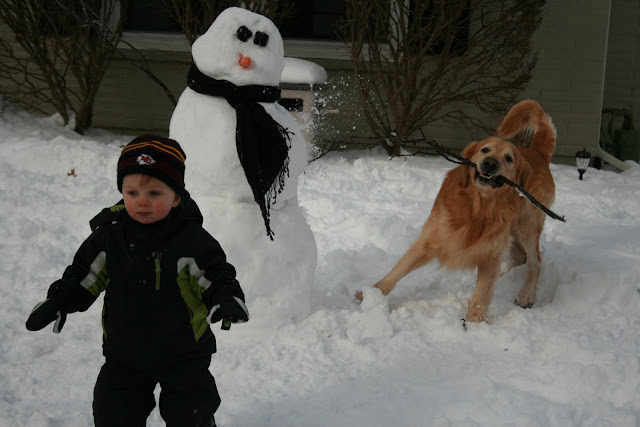 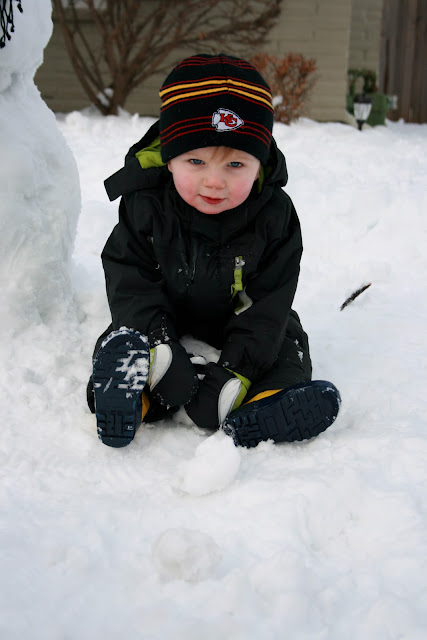 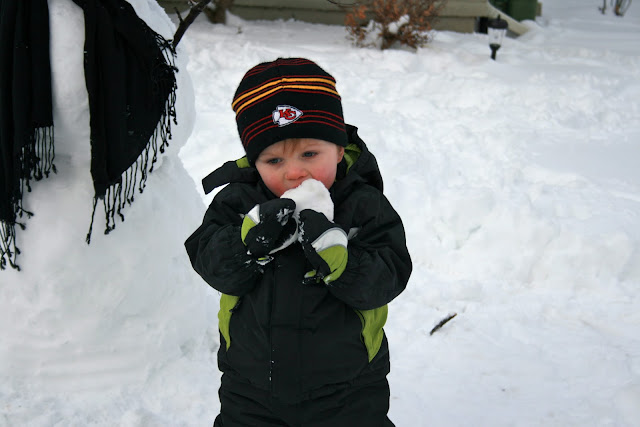 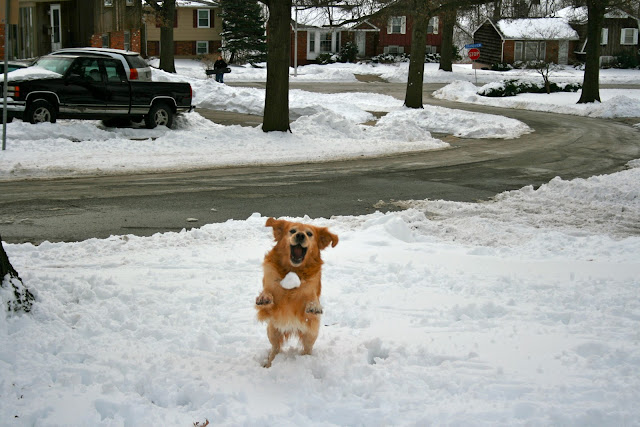 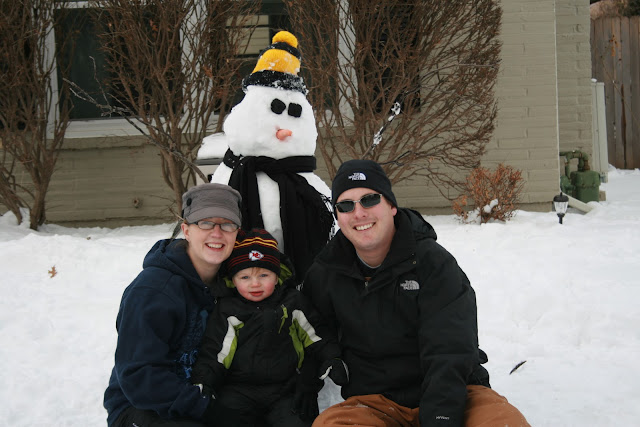 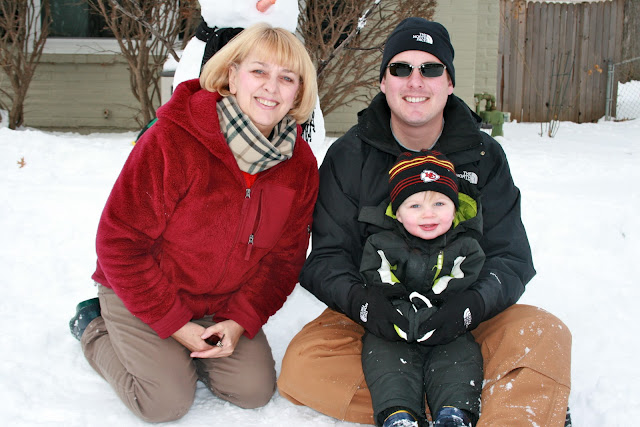