Although we are young and could have easily gotten a sitter and went out for the night, we decided that we would rather be at home and celebrate the new year here, with Kaden. Or maybe it had a little to do with the fact that I am pregnant and wouldn't have dealt well with the drunks! Either way you look at it, we were officially "those" people.

Since we didn't wan't to be the only "those" people, we invited a few friends, some with kids and some without, and of course those that accepted all had kids and all under the age of 16 months except, Hannah, she is 3. Not a surprise, if I didn't have kids, I wouldn't want to ring it in early!

Justin put together a pizza bar and we all made our own personal pizzas. The adults enjoyed a few beverages as we watched the first half of the FSU game (Go Siminoles-that's for you Scott) and at 8 o'clock we rang in the New Year along side Iceland or at least the islands in the Atlantic. By 9 o'clock, the crowd was gone and we were on our way to bed or so I thought. Kaden allowed me to barely shut my eyes and then he was up at 11:30 not feeling well. I brought him in with me and just like last year, we rang it in together. It is said that whatever you are doing at midnight on New Year's is what you will be doing for the majority of the upcoming year and if that is true, I am one lucky person. I had my whole family in bed with me-Daddy and Kaden, Stoli and Brodi. Might have made for one tight squeeze but it was a perfect start to the new year.

Happy New Year to all and best wishes for a blessed 2011. 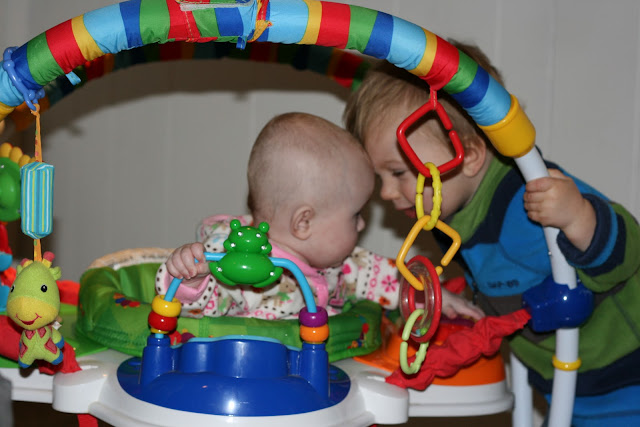 Kaden giving Madi a "kiss". We taught him the eskimo kiss to prevent germs being
spread and for others not be be clobbered by his slobber. 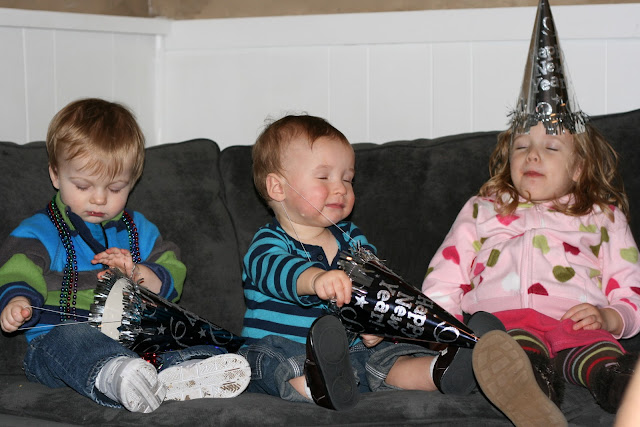 The best of several attempts. Safe to say, the kids were over it, even by 8! 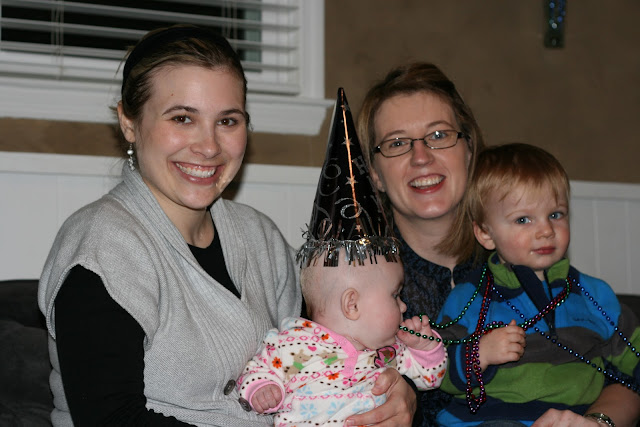 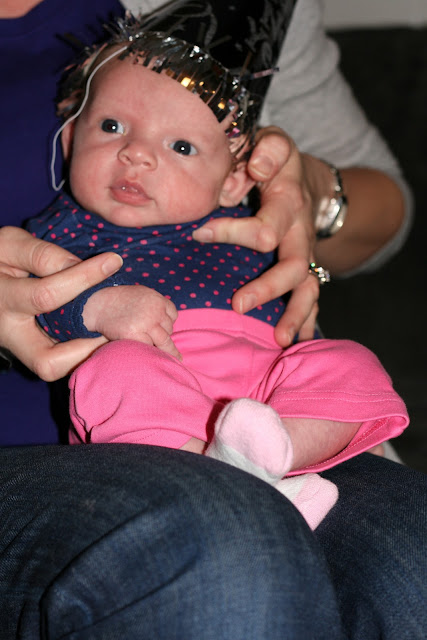 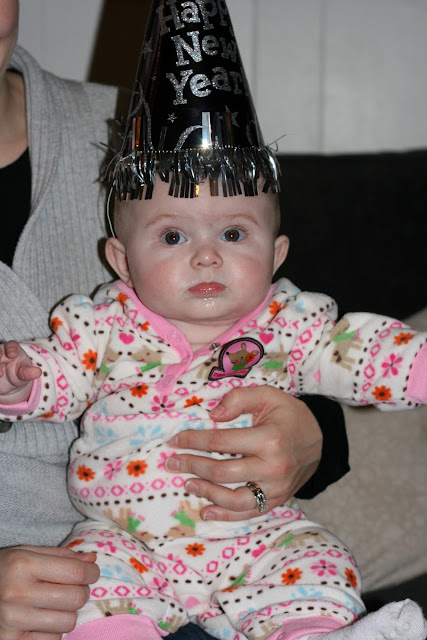