Way to early for Monkey to be settling down. We started the day off with a play date at Matt Ross with an older girl. We had hoped to see Hannah, Jacob and Lily but Jake the Snake wasn't feeling well and he and Hannah took a rain check. Luckily, Lily was still in and Kaden didn't have to share her with anyone now. Kaden showed Lily some new tricks when it came to sliding and Lily kicked Kaden's bottom when it came to racing to the top to do it again. They showed their dance moves to one another as they were swinging and since "hand holding" isn't allowed at their age, they high-fived. They played and played and probably would have played longer had we let them but it was getting close to lunch time and nap time so we said our good-byes until next time. 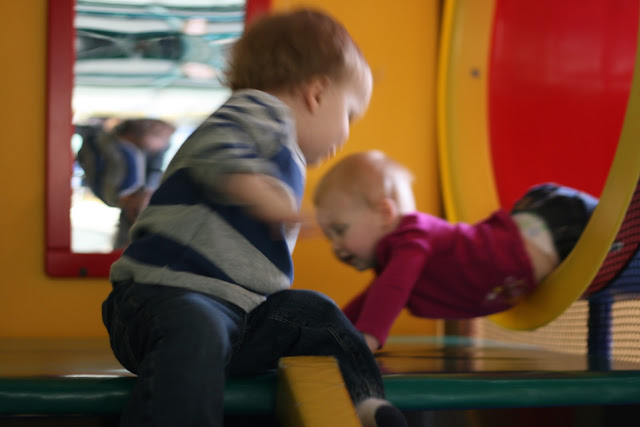 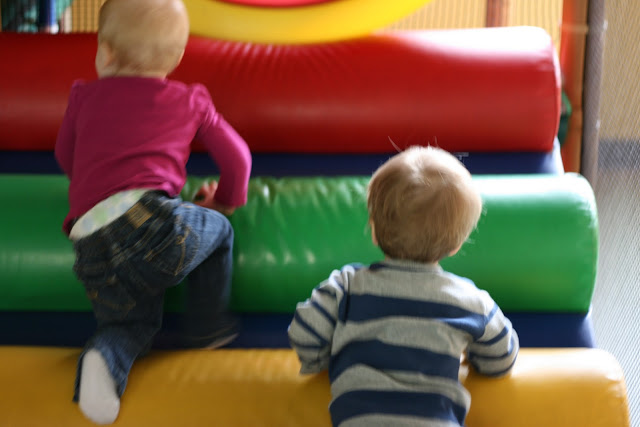 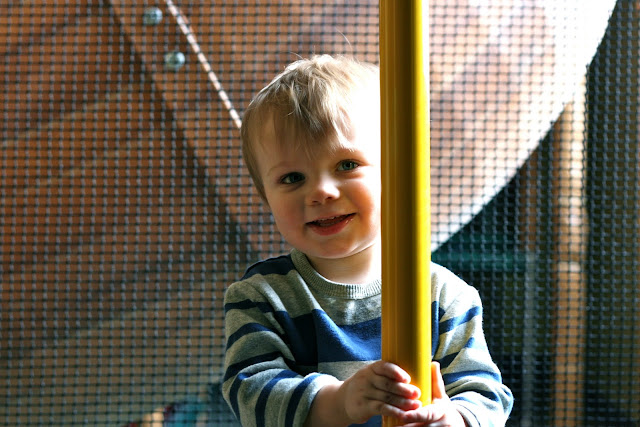 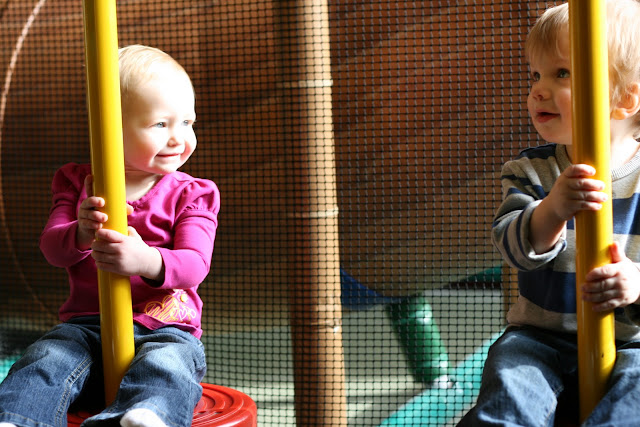 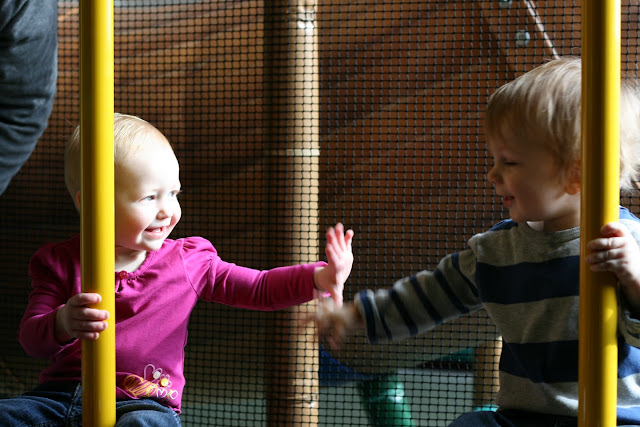 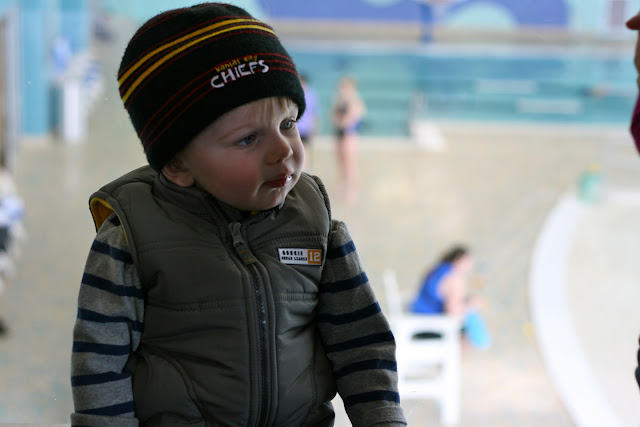 After we left Matt Ross, we had lunch and Kaden decided he needed a little bit of shut eye to prepare for his second date of the day and this time, it was with a younger girl. We had made dinner plans with the Johnsons at Granite City. Kaden and Madi sat across from one another and we caught them on multiple occasions sharing "the" look. Looks weren't the only thing being shared, Kaden tried sharing his crayons and grapes and Madi tried sharing her links. There wasn't a lot of conversation shared but then again, I too, was pretty tongue tied when I had my first date with Kaden's daddy. 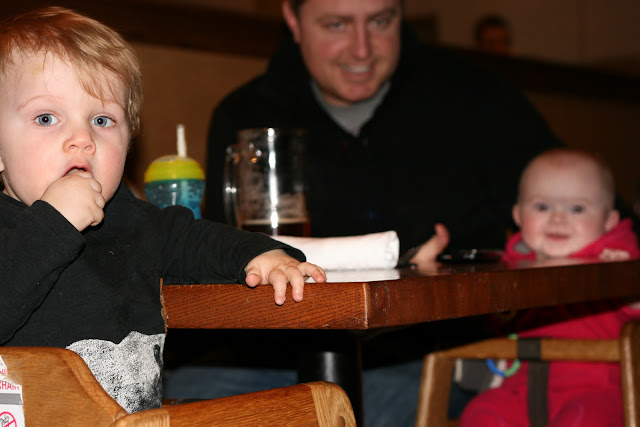 With two stellar dates today, Monkey is wiped. Maybe, just maybe he will let us sleep in tomorrow. 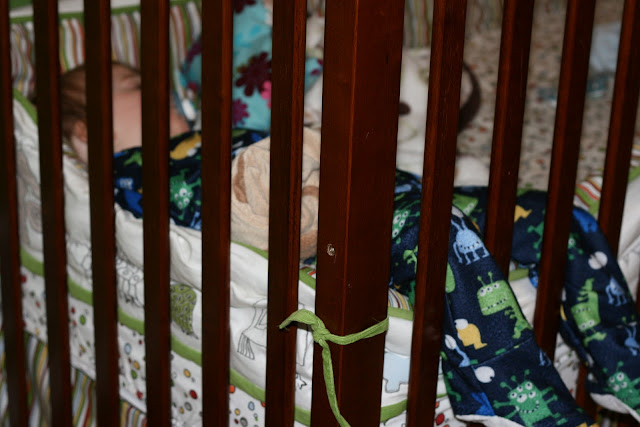