On Saturday night we headed out to celebrate Uncle Adam's 40th Birthday. Since it was an adults only party, we got a couple babysitters and Cousin Colton came over to play. Once we got home and noticed how sound asleep the boys were, we decided a sleepover was the only way to go. We were a little worried how Colton would wake up since he wouldn't be waking up to his mommy and daddy but he was a champ. He started gabbing at 6:45 which got Kaden gabbing and up we went. Both boys helped put the dogs outside, we got buckled into our seats, munched on a few Fruit Loops before Daddy/Uncle Justin got the pancakes fixed. And as hard as getting a picture of Kaden and Colton has been, I decided to up the ante and try to include the dogs. With "treats" in both the boys hands and then doggy treats in mine, they sat for a whole minute, might not have been still but it worked.

Pretty positive the future holds many more sleepovers for these two. 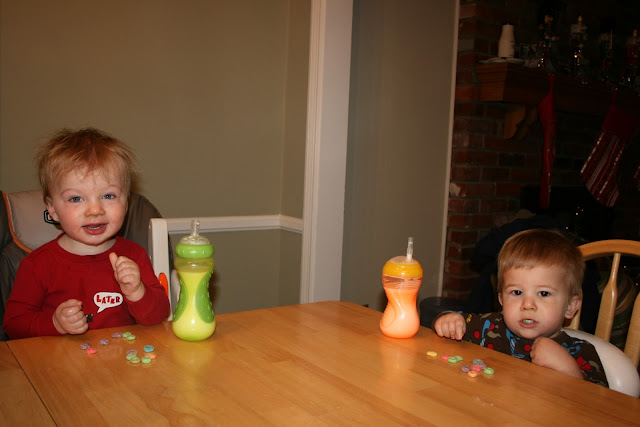 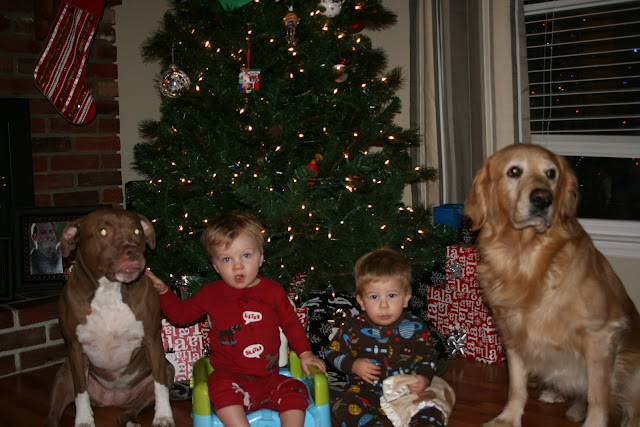 Kaden also received his first Christmas gift today. He got his very own MIZZOU chair for all the future tailgating we will be doing from Aunt Dawn! What a perfect gift. He already loves climbing in and out of it! 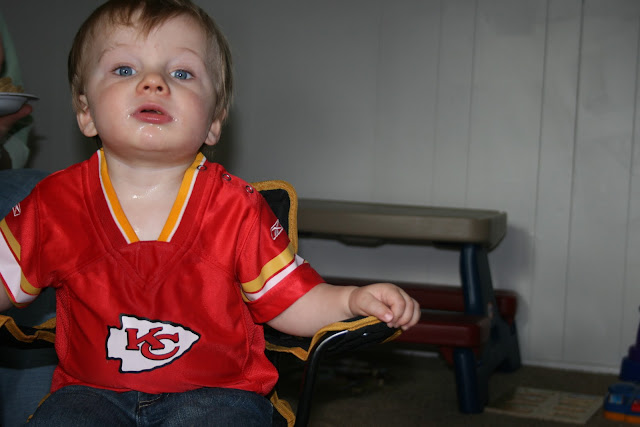 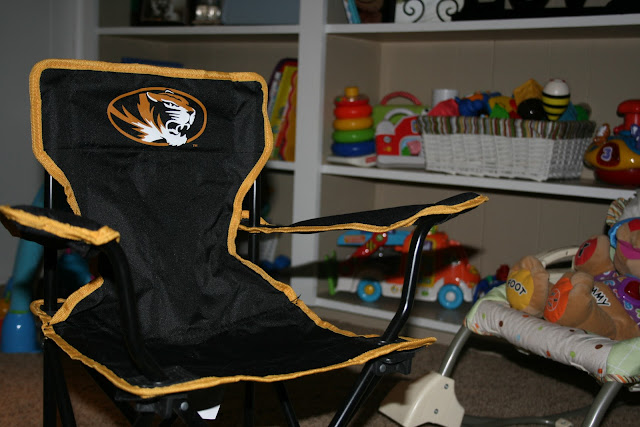