Kaden was up and at it by 7 o'clock but I am not sure which of us was more excited. Okay, Okay, I was-and I'm not afraid to say so. So excited that after getting home from Carthage last night, Justin and I had got straight to work. I got Kaden dressed in his Christmas pjs. We read "Twas the Night Before Christmas". Put out cookies and Milk for Santa and then it was good night for Monkey. While I whipped together some oatmeal muffins, hubby unloaded the car and brought in Kaden's new race car bed. I put away all of the Christmas presents we just received, opened up the mail and read our new Christmas cards and then tidied up the house and climbed into bed around 1:15 am.

But there was no point in trying to sleep, I was so excited to wake up and celebrate Christmas with Justin and Kaden. This Christmas might be one of the most anticipated Christmas' that I have had but I certainly wasn't going to go in and wake Kaden up just so it could get started. This was about him and since Kaden was such a good boy this year, Santa came and left lots of goodies for him! 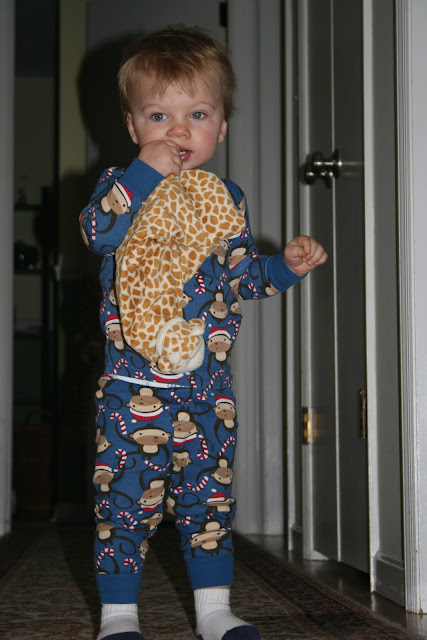 We woke up and I grabbed my camera, threw my hair in a ponytail and ran downstairs to capture Kaden as he came down to see his giant present from Santa. He went straight for the car, checked out the tires and then climbed on top. We started first with Daddy and his stockings and then we moved onto the presents-most of which were bedding for his new bed. After opening gifts, we pulled the guest room apart and made room for his new race car bed and we even added his slide to his "new" room. We figured that since Baby Boy South #2 will be here in May that is was time to get Kaden into a big boy bed (officially we won't start the transition until March but we figured it would be good for him to see it and play in his new room). 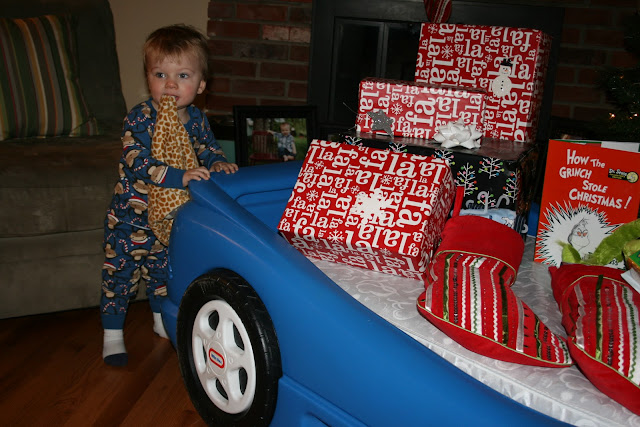 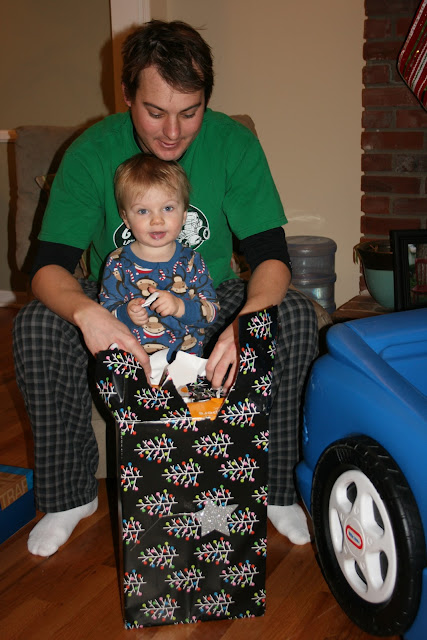 Adam, Becky and Colton arrived just before ten, followed shortly by Grammy and Nanny. Justin had put together quite the breakfast buffet-blueberry pancakes, peppered bacon, biscuits and gravy, scrambled eggs, chocolate donuts, and fresh fruit. We knew we were working on borrowed time since neither of the boys had a nap or a resting period so we went straight to the Christmas presents. We were halfway through and both boys were getting restless and needed something to entertain themselves so we brought out their new Power Wheels and they were so stoked. It took Kaden a little bit to figure out that he didn't have to push this one and that it moved on its own but once he did, he was off. He even tried riding it backwards-watch out X Games! 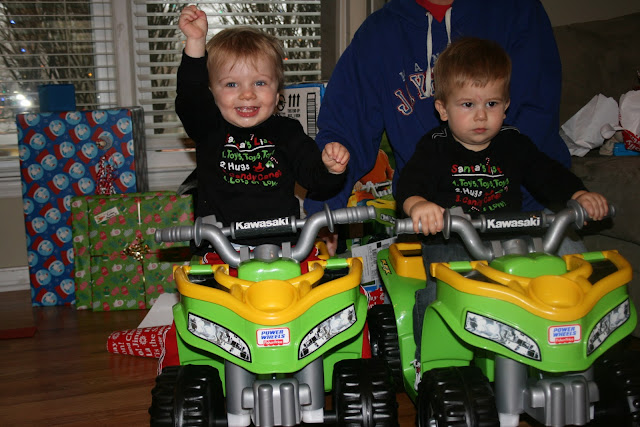 The rest of the day was spent watching Kaden play with all his new toys and relaxing. All in all, it has been a wonderful Christmas (Eve and Eve's Eve). We are so blessed to have such great family to be with during the holidays and so excited that another little boy will be joining the family next year to add to the memories. Happy Birthday Baby Jesus. Thank you for giving us a reason to be with family and celebrate your life.