We opened the door this morning and Kaden started yelling "MOM. DAD." and pointing to the ground. You could tell he was wondering what this thing we call "snow" is and when he would get to go out in it. Well, that would have to wait, there were a few other things in which we needed to get done first.

Turn on the tree's christmas lights... 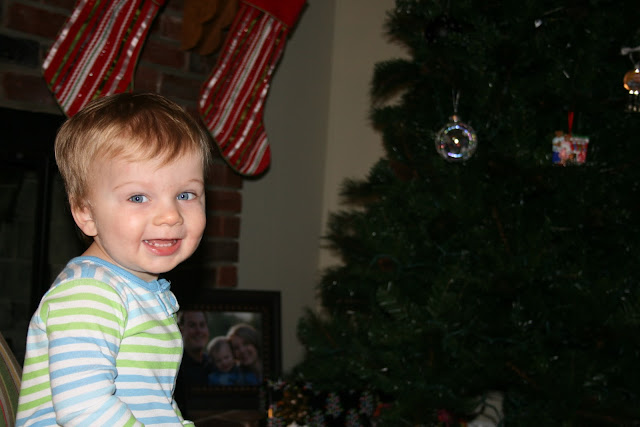 Kaden assumes his morning spot and we count, "1, 2, 3" and the lights go on. The biggest smile makes its way across his face and he looks up and down at the tree while clapping his hands. We have done this for numerous days in a row and his smile doesn't fade one bit. Such a joy watching him.

Then we have to rehang his teddy bear ornament... 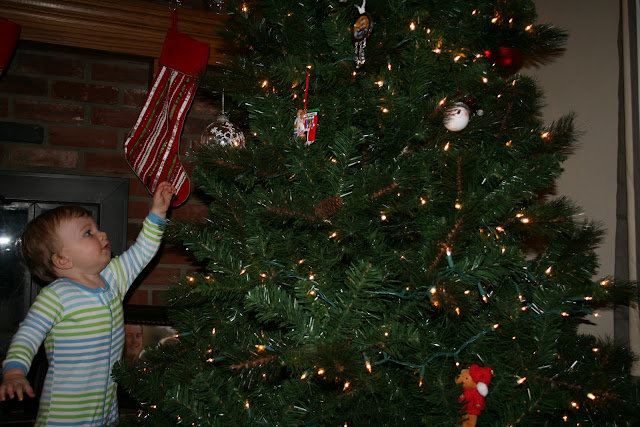 The Teddy Bear often falls to the ground and Kaden will give me the "Uh Oh" look, pick it back up and try again. After about the 4th or 5th try, he manages to get it to stick and claps in triumph. Have no fear, Mr. Teddy Bear, he will be back tomorrow to put you in your new special home on the tree.
We then had breakfast, played for awhile and went down for a little nap. While Kaden was down, Brodi became my subject. 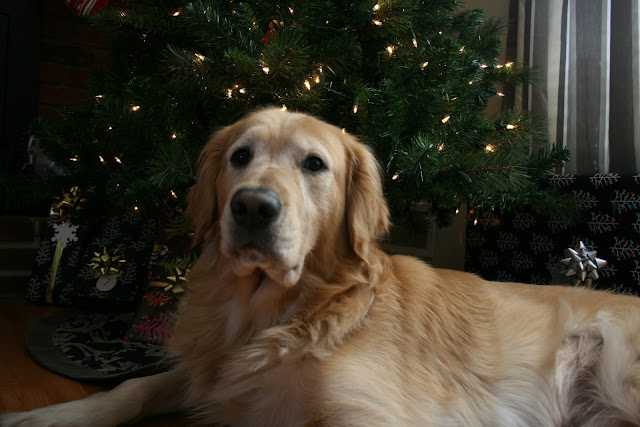 Finally it was time. We bundled Kaden up and we headed outside to the snow. He wasn't quite sure what to think and we didn't get to play long because we had to get to the birthday party but for the first time, it went pretty good. He does make a cute little snow monkey! 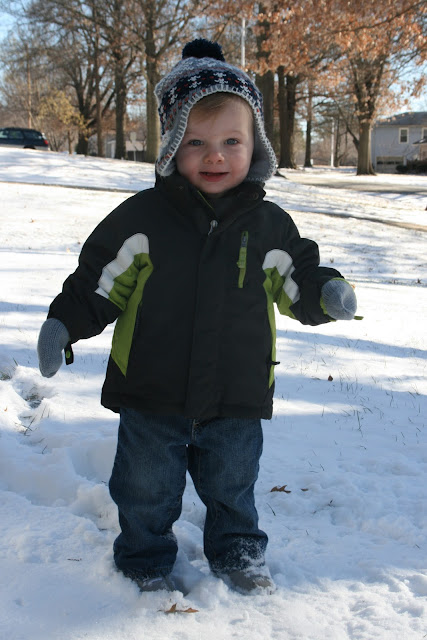