Christmas Eve turned out to be a pretty special day. We started off with a great breakfast from Papa Tom and then we all started getting around. We were set to leave the house by 11 so we could go and see Grandpa Earl and be back for lunch around 12:30. Leah had us on quite the schedule and was adamant that we would be opening presents by 1:30.

Grandpa seemed to be in pretty good spirits. He had a lot to take in since 11 of us came shoveling into his little room and throwing names at him. See, Grandpa is 87 and suffers from Alzheimer's and Parkinson's so he has his good days and bad days when it comes to recognizing us. I think today was a good day. We would have to tell him who we were but once we told him, you could see his brain working and pulling the memories he had of us. I introduced him to Kaden and the first thing he asks, "Are you married?"-same old grandpa! He was fairly quiet but you could tell he enjoyed the company. It is never easy to see someone you love so much having such a difficult time but seeing him blow kisses to Kaden, is something I will never forget and always cherish. 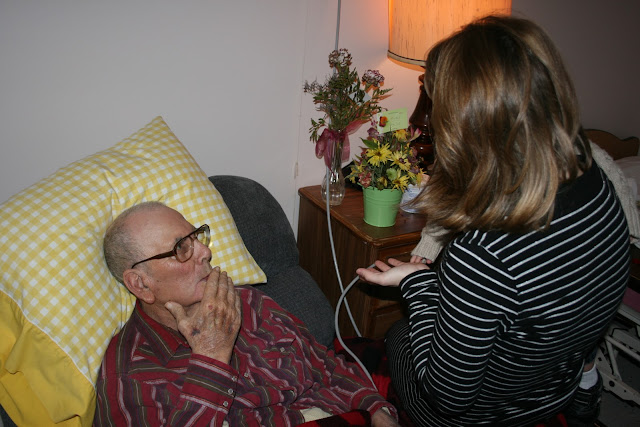 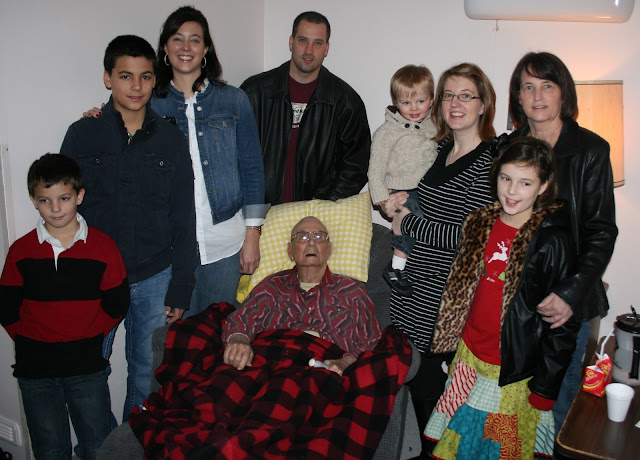 After visiting grandpa we headed back to mom and dad's for some lunch, family pictures and then it was present time. Kaden received his first gift a little less than a week ago and wasn't too sure what to do with it but he has it down pat now! He loved ensuring that every single piece of wrapping paper was off the box. He loved, loved, LOVED standing on each and every box! It was so much fun watching him take it all in. He worked and played so hard that when it became nap time, he was down and out in a matter of minutes. Christmas can be tough on a 16 month old! 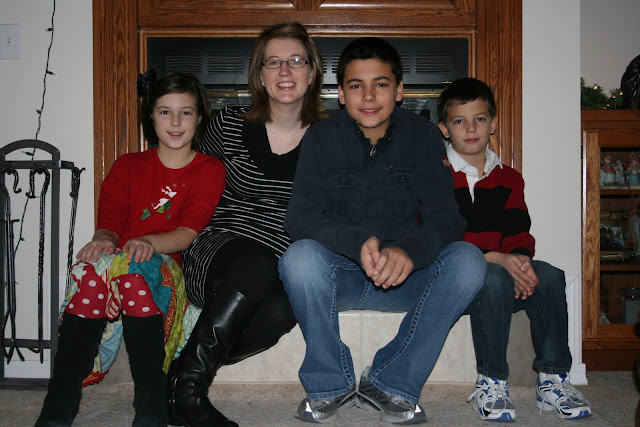 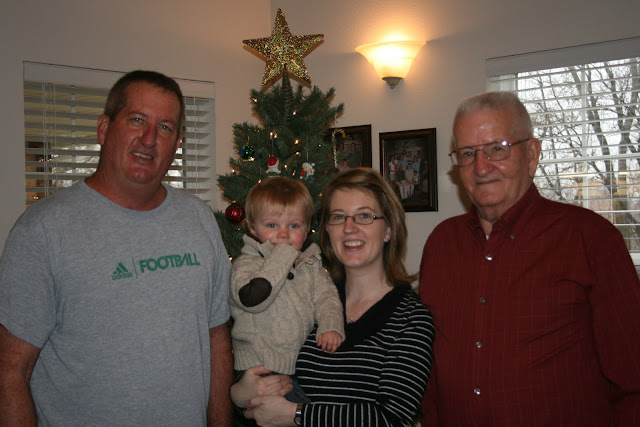 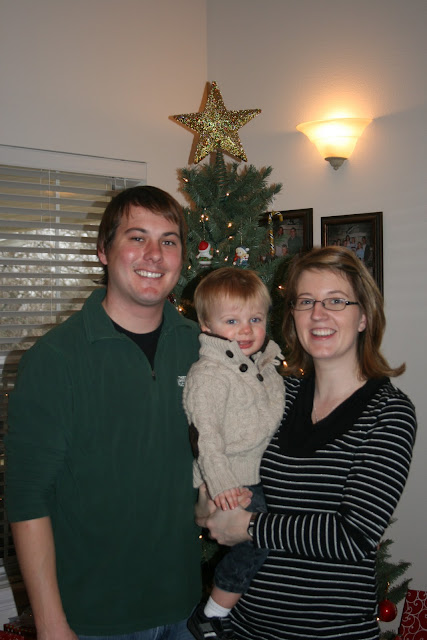 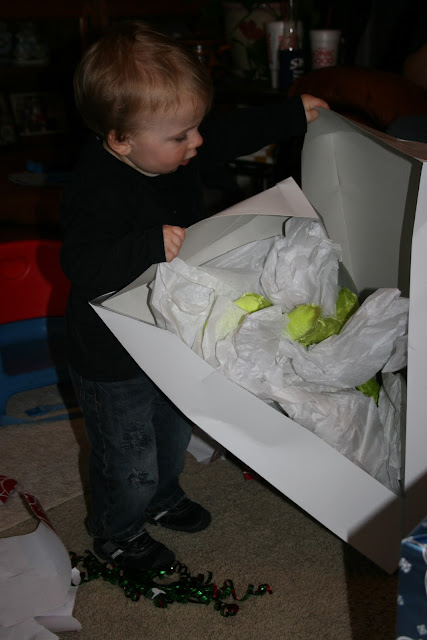 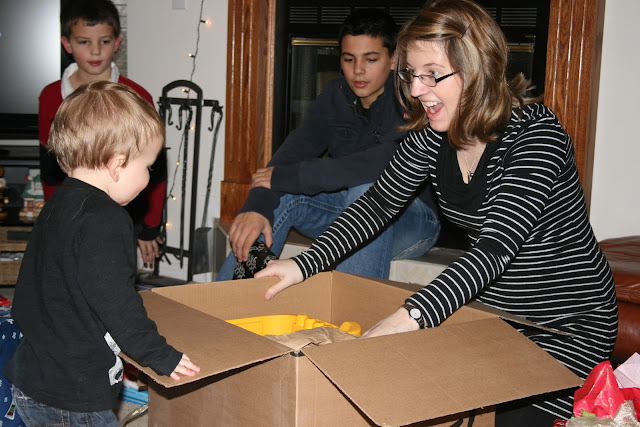 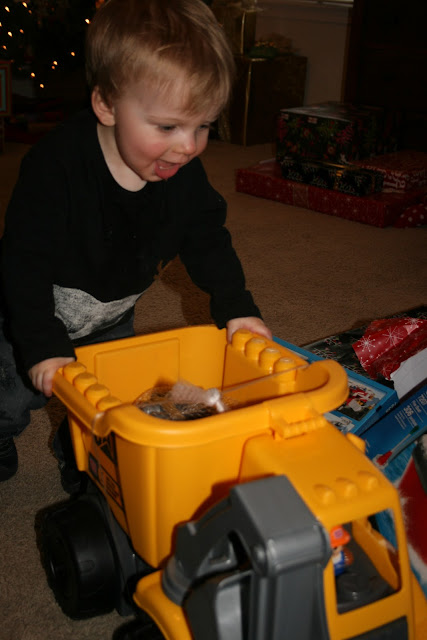