Today we celebrated 96 years with Justin's grandma, Nanny! Since the weather outside is frightful and the snow is so delightful....we made our way out to Little Sisters' so she wouldn't have to get out and about. She wanted BBQ, we picked up Jack Stack. She wanted ice cream, Adam and Becky got ice cream. She wanted an Angel Food cake, we made strawberry with cream cheese icing and yellow cake with chocolate icing cupcakes instead. And what did she eat, her Jack Stack and her ice cream. She didn't want a cupcake. But after 96 years, she certainly has the right to decline the cupcake, no questions asked.

Nanny opened a few presents and found two new outfits to wear for Christmas. She got to watch Colton and Kaden run around and play with their basketball and football. And she even got to show them off to a few nuns which were walking around and complimenting the boys. The boys loved it there. They had so much room to run and play and we didn't have to worry about them getting into much. And of course, before we left, we got a few pictures in. Becky and I were so excited because getting pictures of Colton and Kaden both looking at the camera at the same time has been an impossible task. But we finally were able to do it and then when we reviewed the pictures, the blasted sun glaring off the snow and peaking through the windows made for some pretty dark pictures. We turned the chairs around, took a few more but of course the boys were over it!! 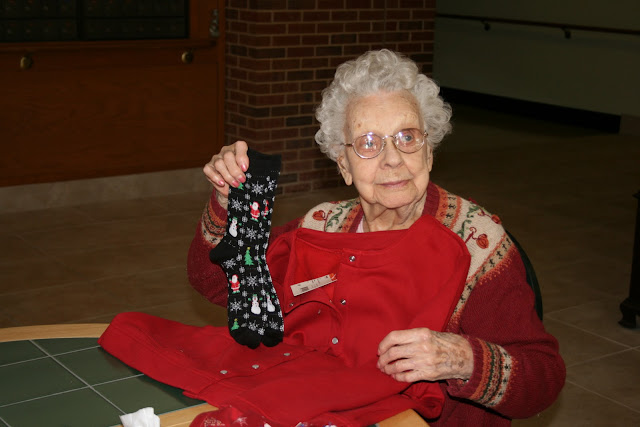 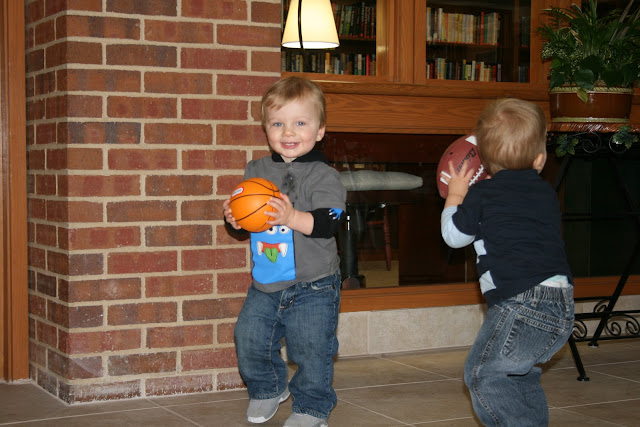 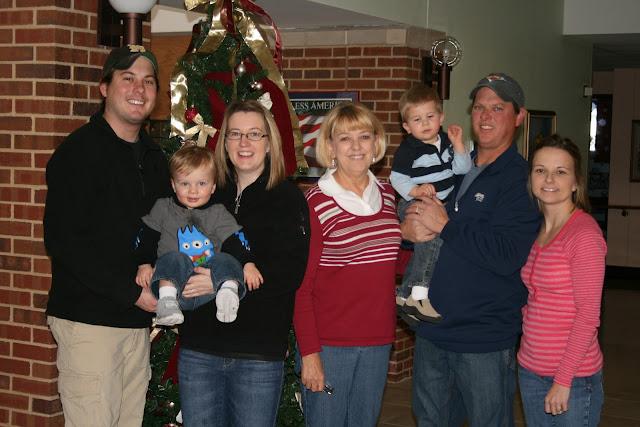 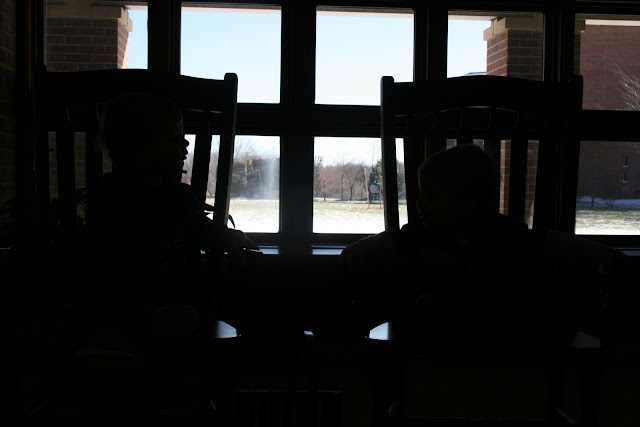 The first attempts were they were actually smiling and Colton saying "Cheese". 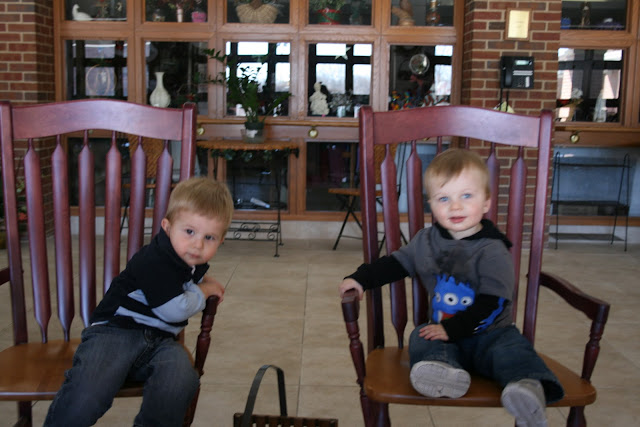