We started off our Thanksgiving morning a little later than usual. The little guy hasn't been feeling all that well and his sleeping has suffered and so has mommy's. But finally at 6:30 he fell hard asleep and slept in until 8:45. We got up, had some breakfast and then turned on the Macy's Thanksgiving Day Parade. Kaden absolutely loved all the colors, music and dancers. He even managed to work in a few new moves that I haven't seen before. 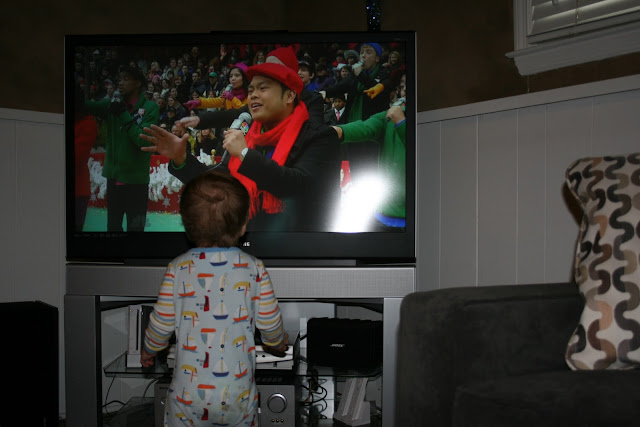 But the sweetest thing came during the commercials, he would go over to Stoli and just love on her-makes my heart melt. 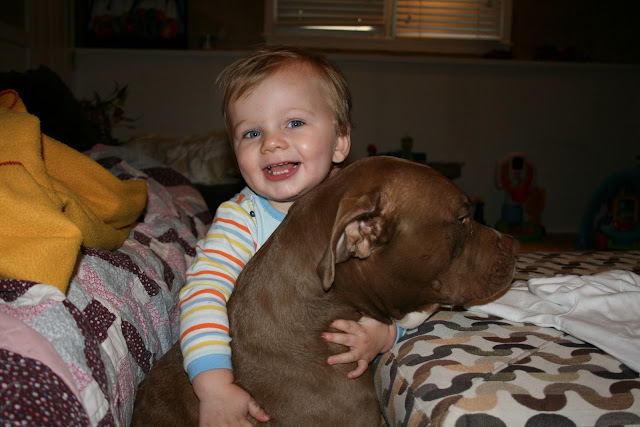 We finally got out of our pajamas around 1 o'clock and headed over to Grammy's House for our 2nd Thanksgiving. There weren't as many family members attending this function so the boys were able to get out their tunnel and play a little chicken.

Grammy Janet had one goal, to take a picture with her grandsons and the stuffed turkey she had purchased after Thanksgiving last year. Only problem, the turkey scared the living daylight out of the boys and they wanted nothing to do with it. We were finally able to get Kaden to sit on Grammy's lap and the turkey in the same vicinity but as soon as we tried to pull the turkey closer, he pushed it away. But in the end, Grammy met half of her goal. 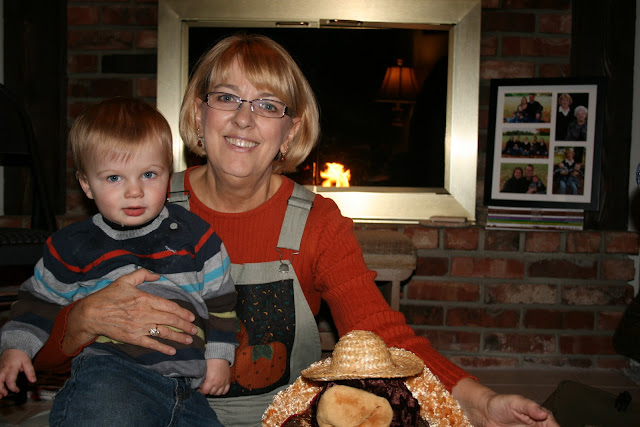 The evening at Grammy's ended with dessert. Justin made an apple pie that was top notch but Adam and I couldn't wait to get our hands on the pumpkin pie. I mean, what is Thanksgiving without pumpkin pie? Grammy made a pumpkin surprise dessert which was good but it just wasn't the same as the traditional pumpkin pie. Next year, Adam and I are bringing our own pumpkin pie!

Daddy drove Mommy and Kaden to Butler where we met Grandma Sara and Papa Tom. We swapped out the car seat, loaded the stroller and suit cases and Kaden and I jumped in for a quick trip back to Carthage where we would spend the weekend and would be joined on Sunday by Daddy. Grandma Sara was in heaven when all Monkey wanted to do was climb into her lap and rock. 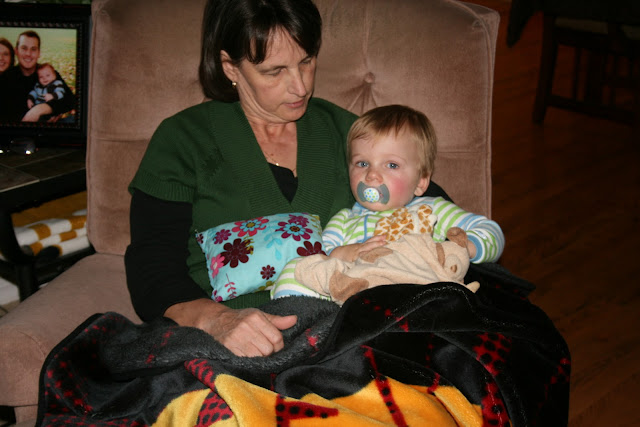 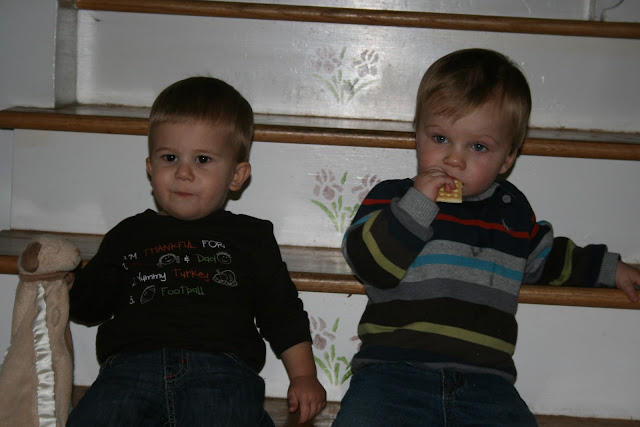 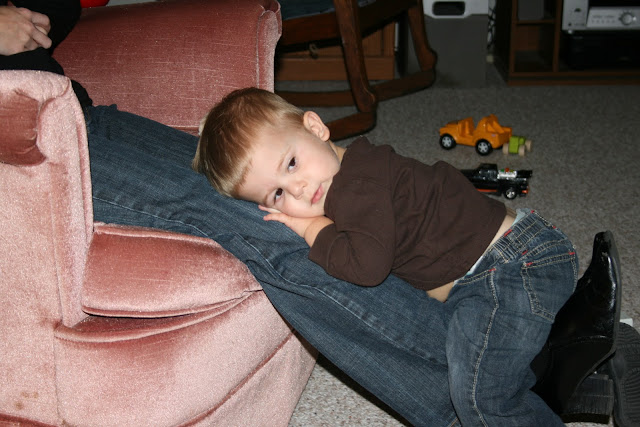 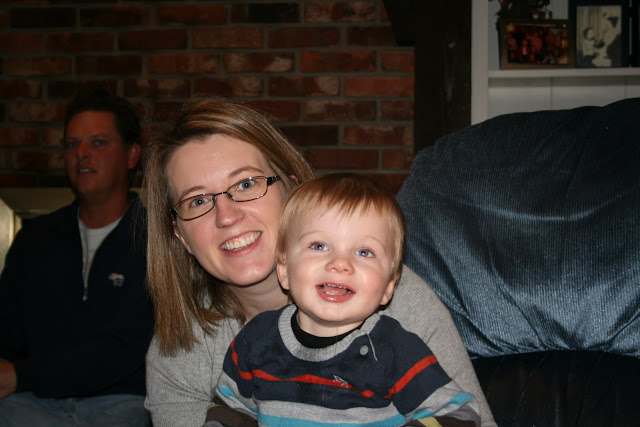 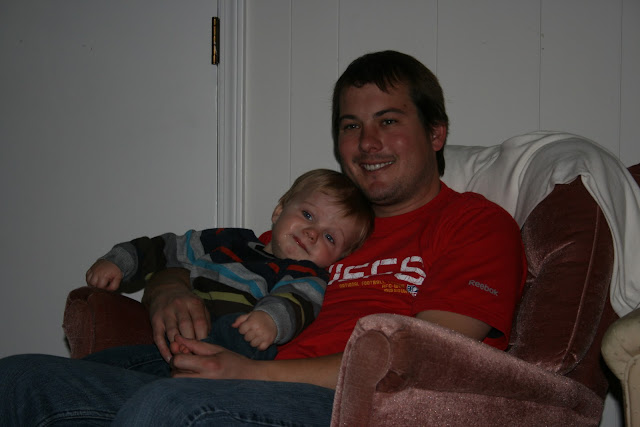 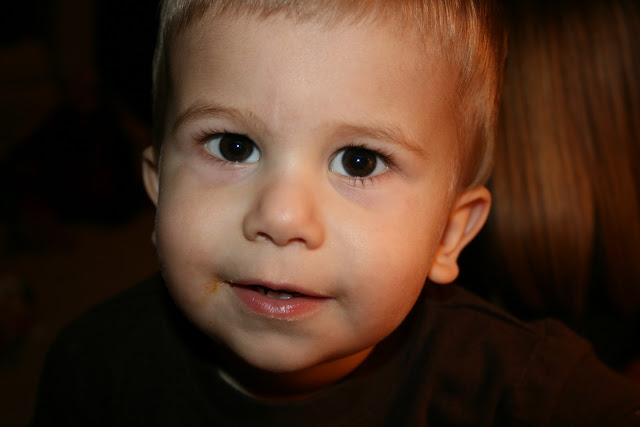